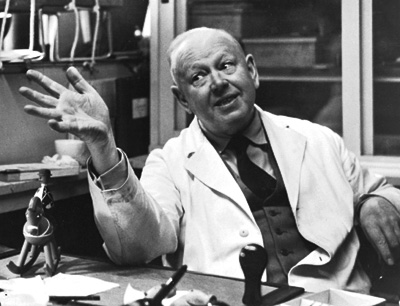 “Even though an old proverb says ’too much special knowledge makes you stupid’ I, as a craftsman, must say that having gone through an apprenticeship in the field of applied art, gives me certain advantages in the difficult art of design, as compared to those who partly or completely work from theoretical knowledge.” Kay Bojesen was a silversmith, but through his wooden toys he became known as one of Danish applied art’s great pioneers. His Grand Prix cutlery received its name when it won first prize in Milan in 1951.