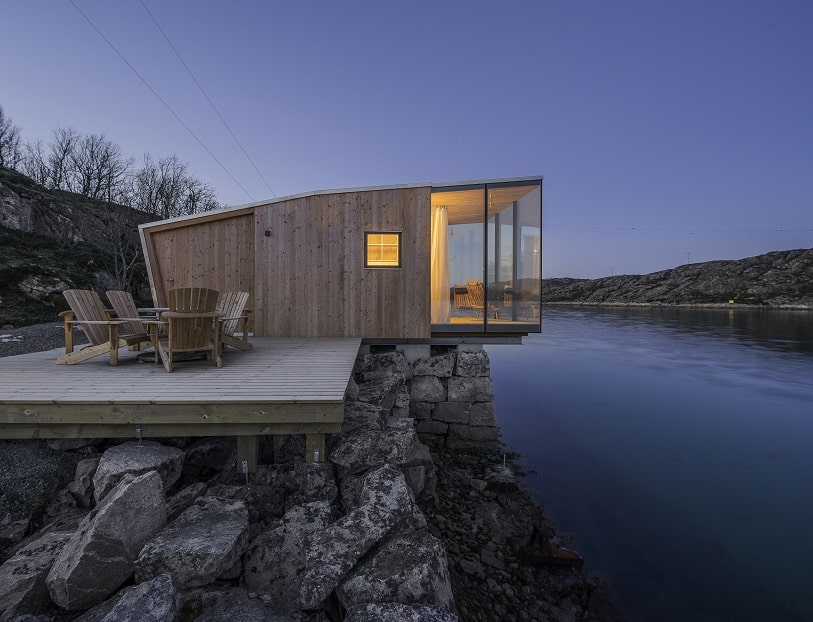 With the broad spectrum of entrants showcased in this year’s WAN Commercial Award 2016 we are thrilled to announce we have two winners for 2016: Stinessen Arkitektur AS’ stunning Manshausen Island Resort and Robin Partington & Partners’ successful One New Street Square.

Both firms could not be separated by our jury and were selected from a final six shortlisted projects. This year’s competition showcased the diversity of commercial architecture, with many successful schemes entered from around the world.

Collectively, both Stinessen Arkitektur AS and Robin Partington & Partners were selected by our panel as joint winners.

Manshausen Island is situated in the Steigen Archipelago off the coast of Northern Norway. 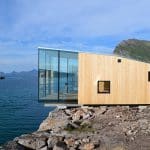 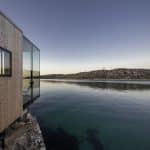 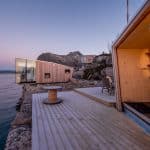 The resort was planned and laid out in consideration of the Island´s topography and the two main existing structures – the old farmhouse and the stone quays. The old farmhouse has been carefully restored and houses a common dining area and library.

The cabins are all but one placed on the stone quays, partially cantilevered above the sea, one placed on a natural shelf on the rocky formations above. The positioning and orientation of all the cabins is based on the consideration of their individual panoramic views and privacy for the guests.

Julian shared his views on why he felt Stinessen Arkitektur AS’ design was named a joint-winner: “Gorgeous project, very cleverly thought out and executed and very, very convincing. Hard to compare to a skyscraper, of course – the commercial category is quite wide, evidently. I really like it, especially the combination of the no nonsense approach in the details and materials, and the sexiness of the overall impression. Tiny, but really special.”

The cabins are designed to offer their guests shelter and comfort while at the same time underlining the dramatic experience of the elements outside; the sea, landscape, changing lights, weather and different seasons. Above all the cabins endeavour to fulfil the functional requirements of the guests, with ample space for luggage and clothing/equipment, a comfortable bathroom and a kitchen/dining area. The main bed is positioned in the main room, slightly withdrawn from the floor to ceiling glasses, to enable the visitor an around the clock experience of the outside elements, while still being comfortably sheltered.

The location of the site is clearly stunning, but Stephen raised the point, that can provide difficult for architects, saying: “It’s very easy to have quite a beautiful site, but put a bad building on it. That’s something the architects certainly haven’t done, they have given each cabin its own privacy.” I think the attention to details is beautiful, the images are stunning and very alluring.”

Sarah concluded, adding: “The detailing of the box is exceptional, considering its location it’s a very good project. You get a real feeling of separation which fits the brief and context very well.”

Building on the success of New Street Square, with its striking  architecture and high profile business occupiers, One New Street Square is the final jewel in the crown of this Land Securities landmark development. 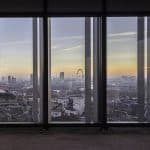 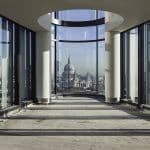 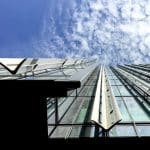 Important for the regeneration of this area of London, the building provides 276,500 ft² of BCO Grade A, BREEAM Excellent office space, anchoring a key address and was pre-let in its entirety to Deloitte LLP more than a year ahead of completion.

The brief was for a Grade A office building that would optimise the development and townscape potential of the site, expanding this vibrant Mid Town business community and complementing the successful New Street Square development to the west. The building was to be flexible, accommodating a range of potential tenants, from those requiring a major share of the floor space to those occupying part of a floor.

Paul was extremely impressed with the commercial success of this project, given its complicated location: “This project is a great advertisement of the skills of a very successful commercial architect. Working in a very demanding location, with no doubt a very demanding client and being able to bring a high-quality end office space has to be commended. To satisfy the City of London, the corporate clients, the build-ability, the budget, the complexities in a building such as this in that location are just phenomenal.”

Stephen agreed with Paul’s comments regarding the commercial success of the building: “As a commercial office building, it’s up there; I don’t think the architects could have done anything better with it.” In terms of commercial success and square footage it is a very clever building which delivers.”

The curved glazed prows, stepping flanks and aluminium solar shading fins engage in a delightful architectural relationship, with detailing carefully considered to provide richness when seen from near and far. Internally, the uniquely profiled fins maintain fantastic panoramic views along adjacent streets and across the city. The drama of the prows is heightened at the topmost level where the space is triple height.

Sarah commented on the successful façade: “This project has lots of merits and some lovely design features on the outside.”

WAN AWARDS would like to congratulate both of our respectable winners, Stinessen Arkitektur AS and Robin Partington & Partners for their incredible winning projects. We would also like to thank our fantastic jury members and to all those who entered the WAN Commercial Award 2016.