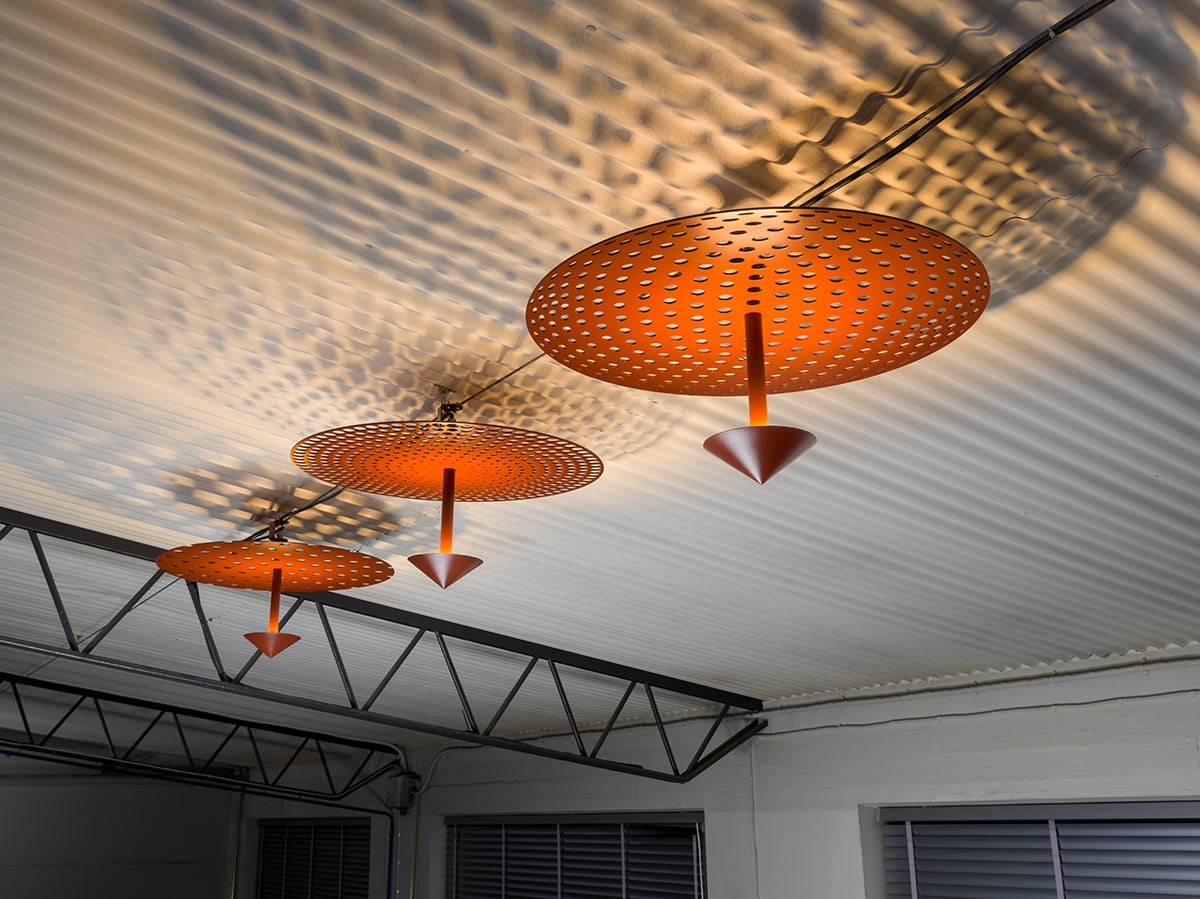 Victoria, is the latest collaboration between Bornstein Lyckefors and swedish manufacturer BLOND BELYSNING. 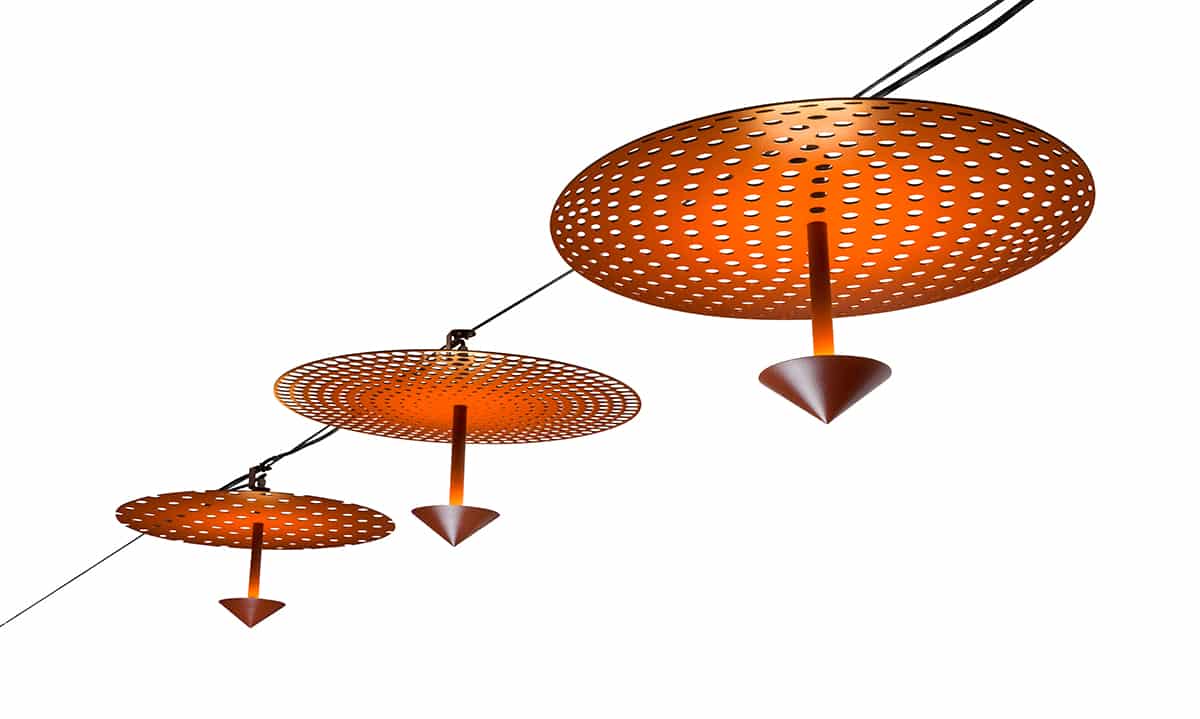 Originally developed as an outdoor luminaire for Victoriagården in Gothenburg, Sweden, with Wallenstam and Bornstein Lyckefors, it offers a feeling of space and room while also creating an effect of being a ceiling as well as of creating a starry sky.

The luminaire is featured with three different patterns on the reflector:

The ”Original” has a pattern that allows for more light to be reflected downwards. The ”Flat Sphere” creates an illusion of being a sphere, by still being completely flat. The ”Fade” centers the reflected light, while allowing for more light to seep through the further away from the center it gets´. 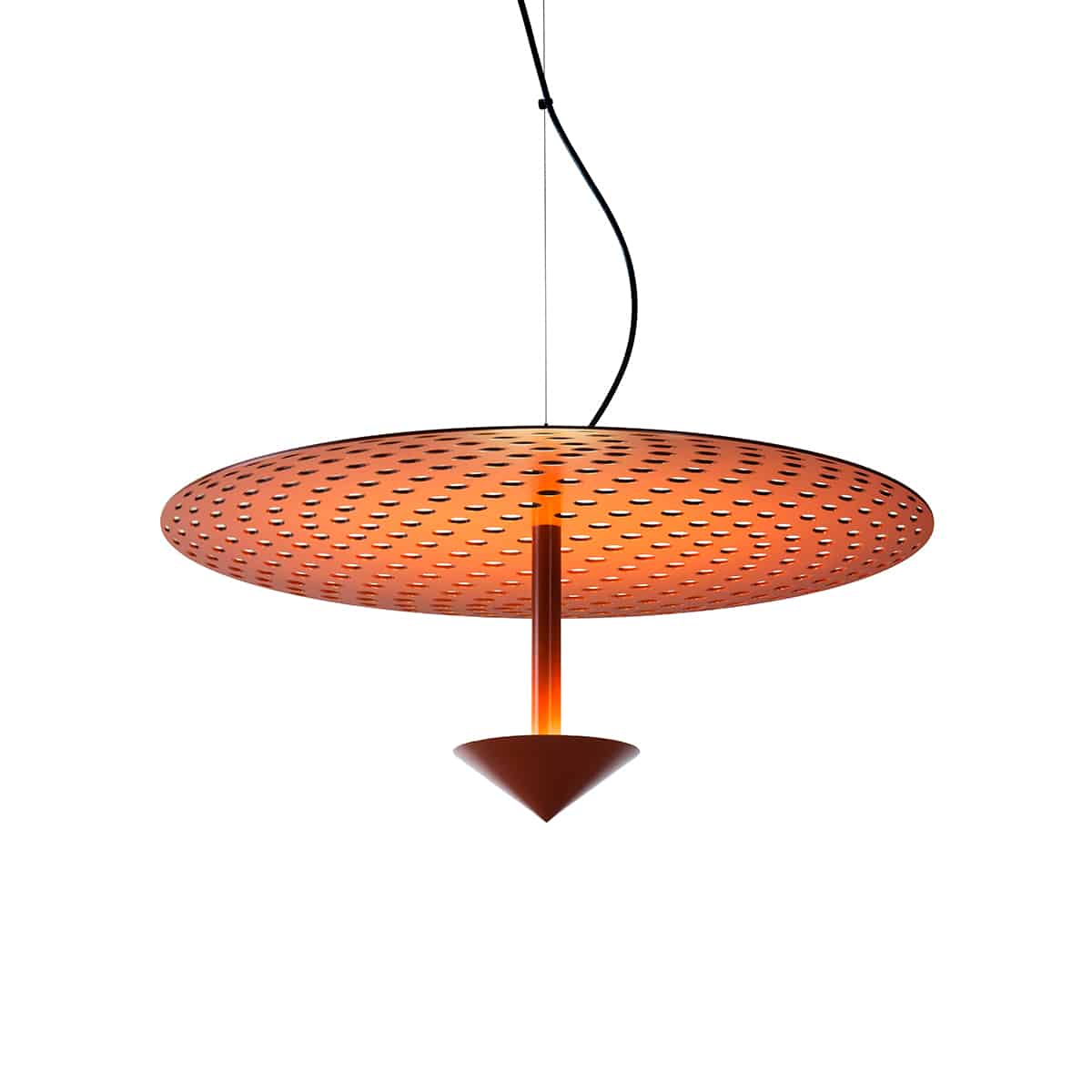 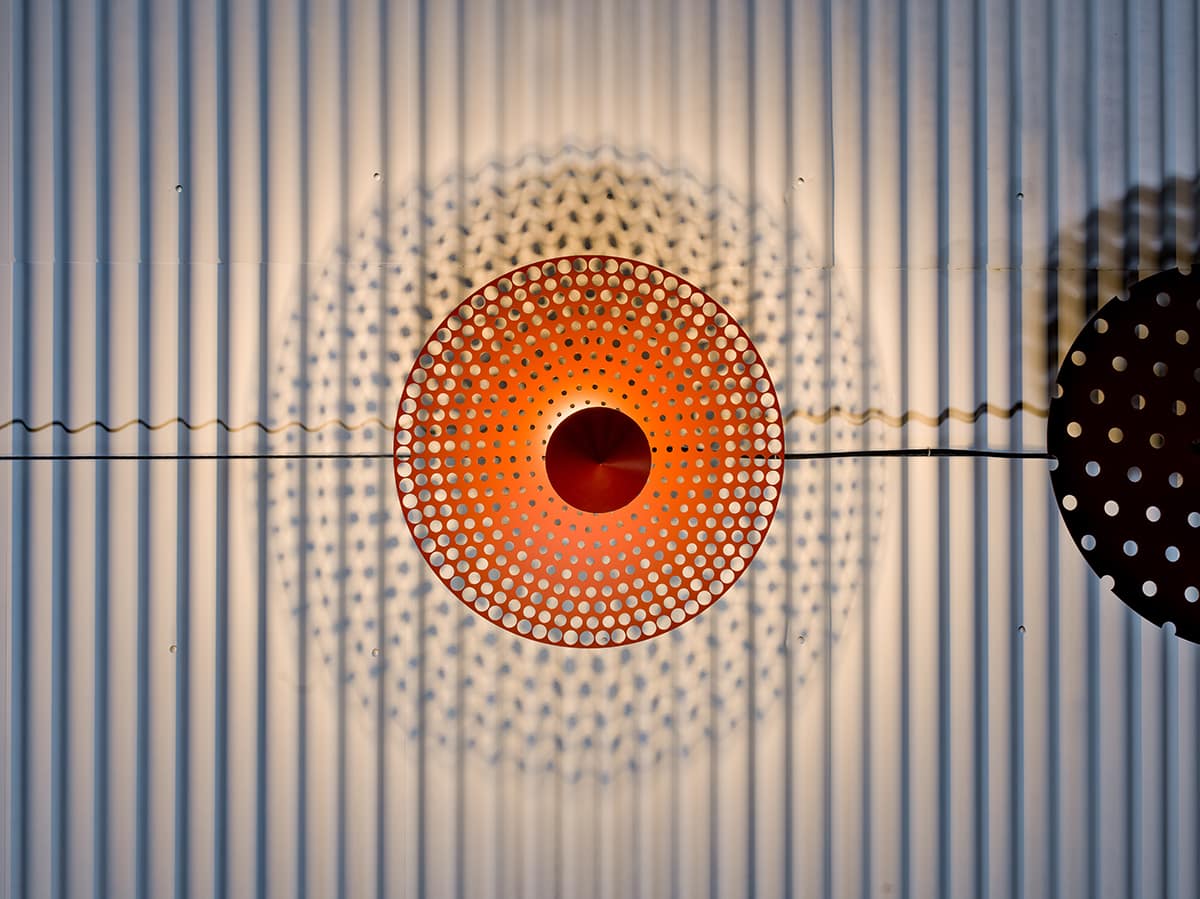 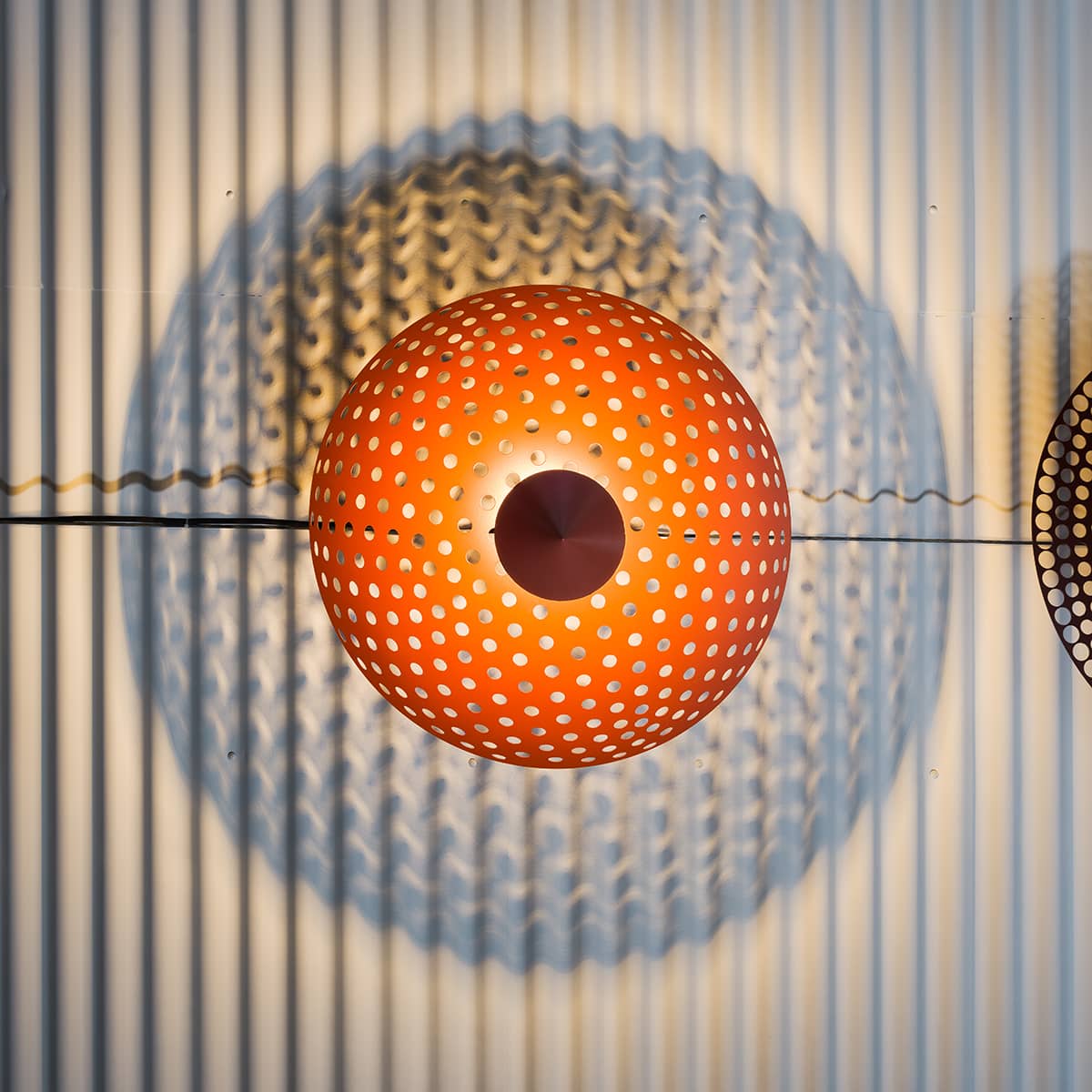 Victoria is featured as and exterior- as well as an interior luminaire, with the possibility of hanging luminaires either as single pendants or in a row by catenary suspension.

Victoria is is manufactured in one standard size of the reflector with three different patterns, but can be manufactured in customized colours, materials, patterns and sizes and upon request.