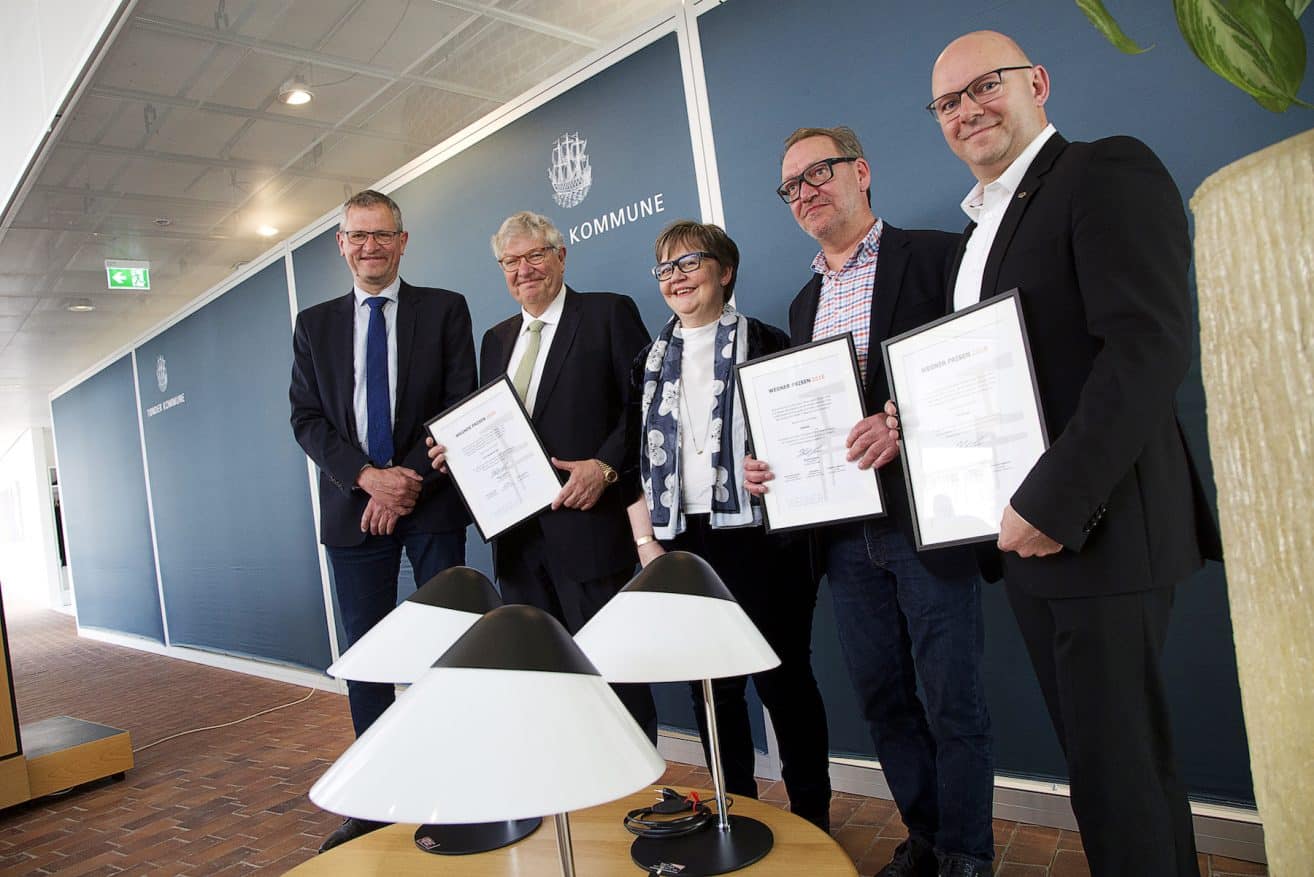 The Wegner Prize has just been awarded for the fourth time.

The Art Museum in Tønder and Tønder Municipality are behind the award of the Wegner Prize.

The prize was founded in 2015 on the occasion of Hans J. Wegner’s 100th birthday.

The price is awarded once a year to a designer or institution which has contributed significantly to Nordic design development or a person who contributes to spreading knowledge about Wegner’s activities.

For decades, the companies have consistently invested in Wegner as the main designer in their companies.

An invitation to all:
Experience the exhibition of Hans J. Wegner’s works in the water tower right next to the Tønder Museum. Try the chairs and feel with your own body why Wegner and his chairs are known throughout the world.