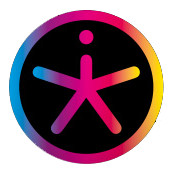 LAUNCH OF THE
NOW ! LE OFF – RADO STAR PRIZE

RADO, an official partner of PARIS DESIGN WEEK, will present the RADO STAR PRIZE, an international design award to recognise emerging creativity, at now ! le Off 2013.

The RADO STAR PRIZE will recognise the best design projects. Designers wishing to apply to be exhibited at now! le Off must submit works or studies, completed projects, prototypes, models or existing mass production prototypes which have not yet gone into production.

The Public Award will be presented to an applicant from among 10 finalist projects short-listed by the judges. The public’s votes will be collected directly on the www.radostarprize.fr website between mid-July and the opening of now ! le Off. The selection will also be featured on the PARIS DESIGN WEEK website.

About RADO.
The Rado brand is well known for its innovative design and high-tech scratch-proof materials. Its design concepts are inspired by the intrinsic nature of the materials used. For RADO, form is intimately linked to more immaterial values and the brand is constantly searching for exceptional new ideas. This philosophy of constant selfimprovement and creating tangible interpretations of the imagination has been rewarded with numerous international design prizes.
The RADO STAR PRIZE international design award offers a real professional springboard for designers by promoting their work to key players in design and the media.