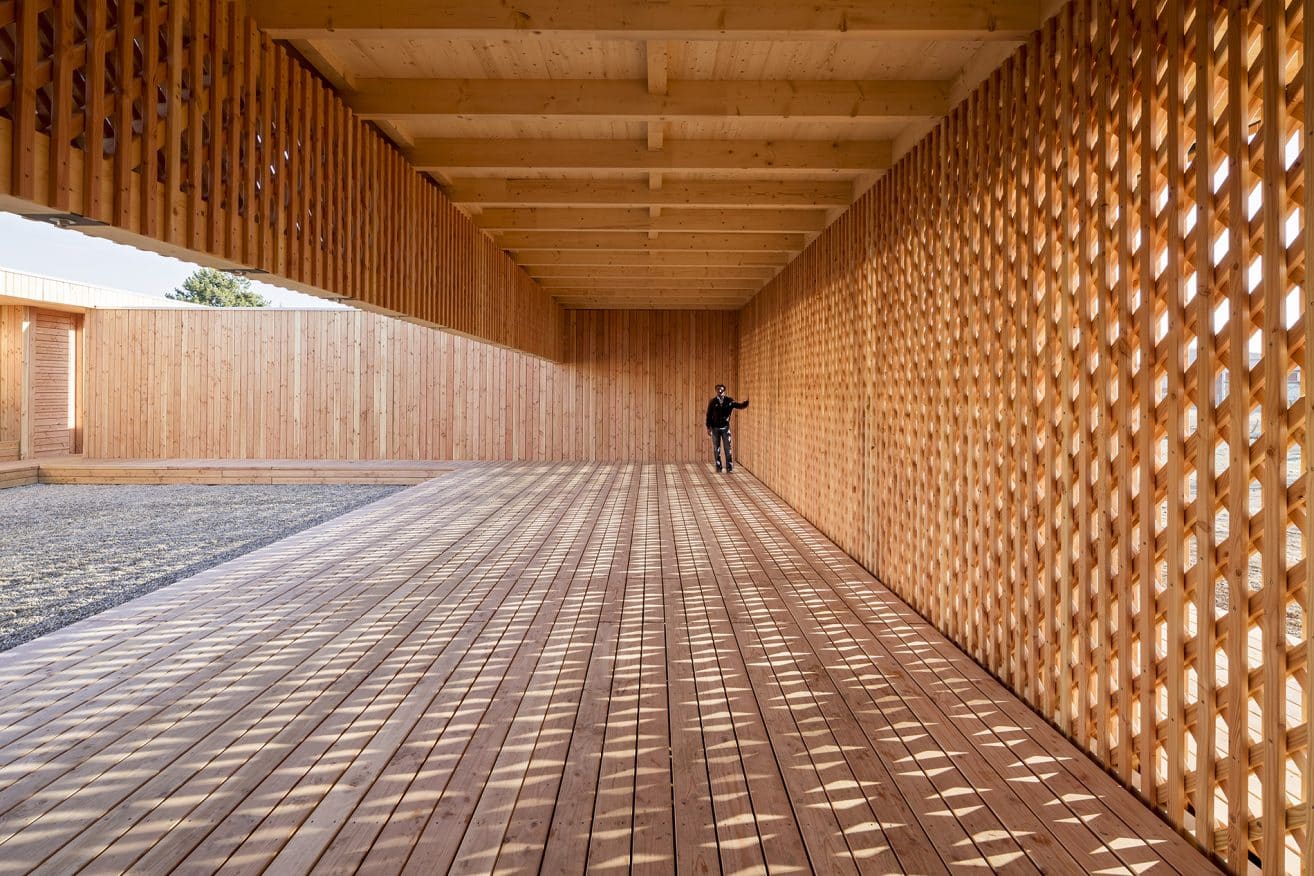 At a deserted US military base in Mannheim, Germany, a community centre for the adjacent refugee settlement has emerged. Architecture students from the University of Kaiserslautern have drawn and built the centre, together with refugees and local construction companies and with support from the city and its academy, organizations, civil society and business. The community centre receives The Erskine Award for the initiative, the inclusive process and the quality of the results. 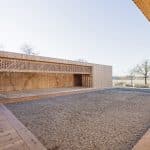 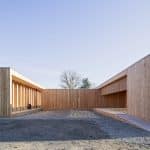 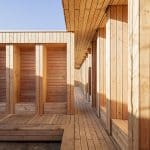 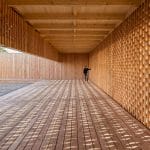 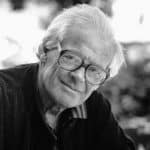 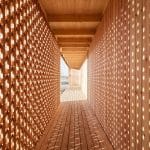 The volumes and spaces of the Spinelli Community Building succeed impressively in resolving a complicated urban context and allow identification and participation. Interior and exterior spaces are linked or separated in a carefully created succession. An enclosed space with covered niches facing east and south serves as an introverted garden – an area for retreat and silence. Seating areas facing south and west accommodate a large yard which opens invitingly westwards towards the former military base. The main common-room faces this yard and can be used as either stage or auditorium. Two additional storerooms can serve as kiosk and workshop in the future.

The building offers a wide variety of spaces within a very small area, allowing its users to feel at home in their own way. Covered spaces and enclosed yards are shielded from the rather dull surroundings and focus on the tree-lined road and open fields west of the camp. Structural elements, wall and ceiling surfaces, flooring and furnishings are made of untreated timber.

In order to build structural elements like walls and roofs in less than six weeks, panels and components were prefabricated in a vacant hangar on nearby premises. The light weight of timber enabled the transport of large pieces by simple means. To reduce building costs and to make good use of the many available helping hands, large machinery such as cranes or transport vehicles was rejected. Instead, labour intensive but simple and resource-friendly construction processes were used.

The ornamental structure with its varied play of light is seen by the refugees as reminiscent of oriental ornaments and as an inviting gesture of identification in a foreign place.

Motivation by the board:

“Spinelli Community Building – the World at the doorstep of Mannheim

Over the last few years, the German city of Mannheim has received many fleeing individuals, searching for shelter, peace and equality. Nearly 50 % of the current population of Mannheim has a background in migration and the city is well known for its openhearted and dedicated inhabitants

The 2017 Erskine Award honours a process, an engaged group of participants and an outstanding aesthetic achievement.

Today’s migration turbulence is placing decades of European values of consensus and established praxes under threat. The Spinelli Community Building in Mannheim, Germany, takes a stand for an inclusive way ahead. The realization of this poetic and flexible structure has been achieved by the help of a wide spectrum of German society. Students of architecture and staff at the University of Kaiserslautern have led an enlightened and carefully conducted process. In collaboration with 25 refugees, the municipality of Mannheim, local non-governmental organizations, industry and civil society, the students have managed to create a space that brilliantly mirrors the hands-on building process and the experience of collaborative endeavour.

In its one-year existence the Spinelli Community Building has proved that the physical means for successful reception and integration require more than just premises for eating and sleeping. The community building is a place for organized and spontaneous meetings, a retreat and an arena where the refugees, housed in nearby former military barracks, can meet with one another as well as with the citizens of Mannheim.”

Over the years, architect Ralph Erskine received several of the world’s principal distinctions and prizes for his architecture. He amalgamated the proceeds into a fund, the Ruth and Ralph Erskine Nordic Stipend Fund, administered by the Swedish Association of Architects.

The Ralph Erskine Award was established by the fund in 1988 and amounts to 10 000 USD. According to the jury instruction the Award is to be conferred upon an individual, group or organization for innovation in architecture and urban design with regard to social, ecological and aesthetic aspects. The efforts of the applicant are to have benefitted primarily the less privileged in society. Anyone around the world is welcome to submit proposals.

Feel free to use the attached photos with photographer Yannick Wegner’s credit. For further questions, please contact the spokesperson of the jury for The Erskine Award, Johannes Tovatt. e-mail: johannes.tovatt@tovatt.com, phone: +46-70-641 98 25