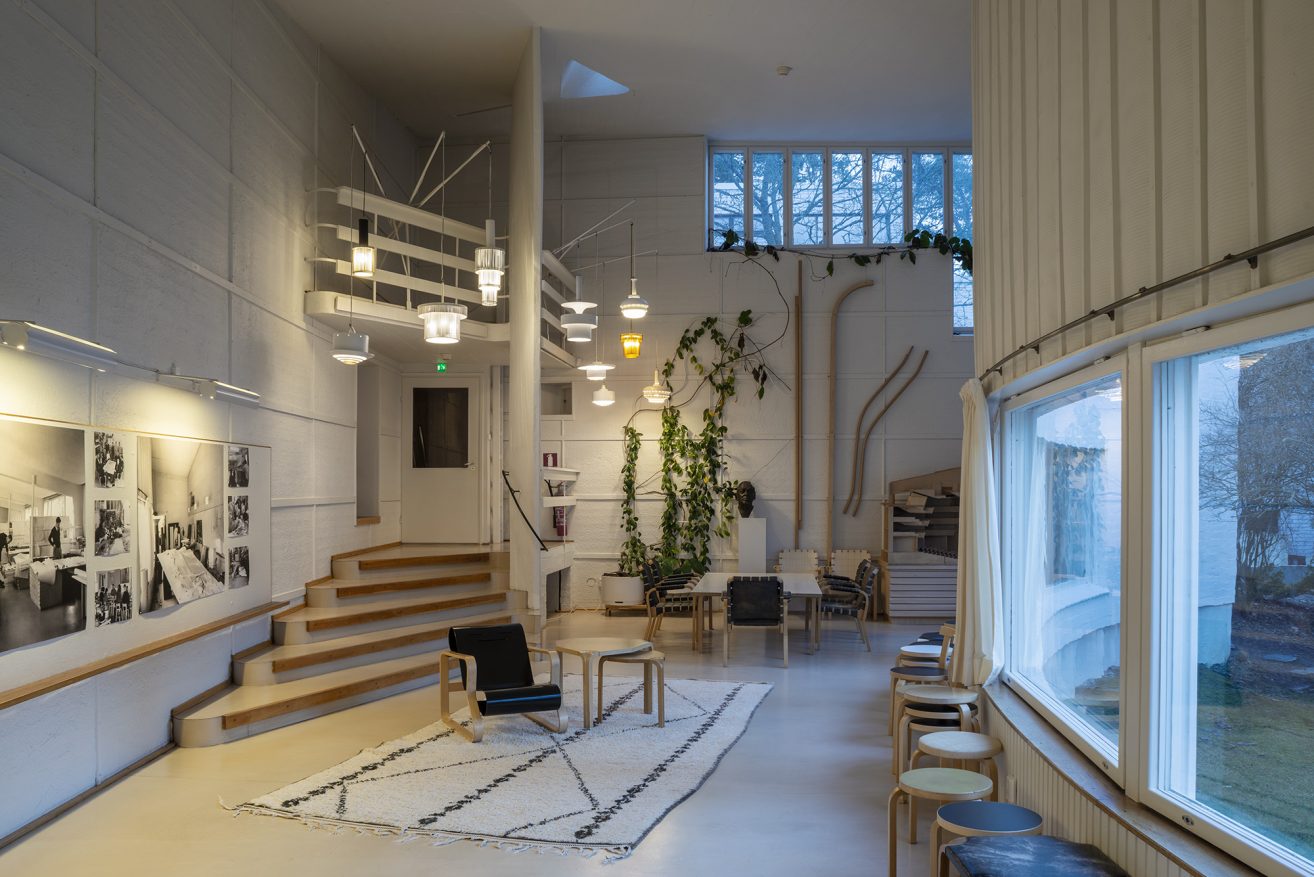 “The cultural route status promotes the international recognition of Alvar Aalto’s buildings and strengthens the significance of Aalto’s work as part of Europe’s cultural heritage. All the Aalto sites proposed as World Heritage Sites are also on the Alvar Aalto Route,” states Tommi Lindh, CEO of the Alvar Aalto Foundation.

The Alvar Aalto Route – 20th Century Architecture and Design covers more than 60 architectural sites in 27 cities in five different countries: Finland, Germany, Estonia, Italy and France. Potential Alvar Aalto sites can be found in a total of ten European countries, from Rovaniemi in Finland to Riola di Vergato in Italy, and from Reykjavik in Iceland to Vyborg in Russia. The application process for the Cultural Routes of the Council of Europe has now progressed from audit to certification. The sea route of St. Olav through the Turku archipelago is already part of the Cultural Routes of the Council of Europe, as part of the so-called Route of Saint Olav Ways, coordinated from Norway.

The Network of Alvar Aalto Cities established in 2017 promotes the vitality of cities, municipalities and regions through, for instance, tourism. Good collaboration and the production of services have already increased the positive visibility of tourist areas and the number of visitors.

“Obtaining the certification demonstrates wonderfully how extensive cooperation between small cultural tourism destinations is worthwhile. From the tourist’s point of view, it is optimal that all of Aalto’s architectural sites and related services can be conveniently found now and in the future at a single Visit Alvar Aalto website. Just as last summer, we expected domestic tourists to find local Aalto destinations that are interesting and can serve small groups safely. There are destinations almost everywhere in Finland,” states Noora Kiili, producer of the Alvar Aalto Foundation’s tourist route.

The Alvar Aalto Architectural and Design Heritage Tourism Route Association – the joint project of the Alvar Aalto Foundation and Network of Alvar Aalto Cities – was founded in July 2020.

“The aim of the association is to develop the operations of the tourist route and to promote tourism to destinations designed by Alvar Aalto around Europe and the rest of the world. All destinations and service providers that can be reached by the public in one way or another are welcome to become members,” states Heli Leinonkoski, the association’s director.

The Cultural Routes of the Council of Europe help the public become acquainted with the diverse cultural history of the Mediterranean, Alps, Danube and Baltic Sea regions through, for example, architecture and gastronomy. With five new routes added, a total of 45 routes have so far been certified by the Council of Europe. “The cultural history of the last century, as well as the Nordic dimension, is now being consolidated and recognized alongside old European themes, as Alvar Aalto’s architecture and design form a cohesive totality of modernist architecture,” again states Tommi Lindh.

Launched in the spring of 2018 in connection with the Venice Architecture Biennale, the Visit Alvar Aalto online service currently serves Finnish, English, Russian and Japanese-speaking tourists. The project has received support from the Ministry of Education and Culture’s special grant for the commercialization of cultural tourism.