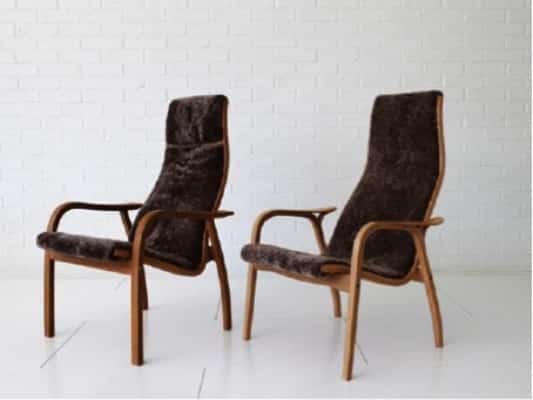 The Supreme Court has had its say and Swedese counterparty is to pay a penalty as the other party has not followed the Court’s prohibition on making and selling a Lamino copy.

– The judgment is very important and will make it much more difficult to evade the injunction, saying Swedese representatives from Vinge law firm.

The counterpart, Burhén Furniture, market furniture manufactured by a Polish producer, including the armchair Stilo that the District Court already earlier has stated infringes the copyright and thus is an illegal copy to Lalmino. Burhén Furniture is thereby banned to manufacture and sell Stilo-chair.

Despite the ban the Stilo armchair were sold by a dealer and delivered by the Polish producer. The Supreme Court has in its judgment that has now been granted concluded that Burhén furniture thus has violated the ban, even though the company does not itself manufactured the Lamino copy. Burhén Furniture should therefore pay both a penalty and Swedese’s legal expenses.

By its judgment, the Supreme Court emphasized that a company, which is prohibited under penalty, selling an infringing product has very far-reaching responsibilities. Even though the company pointed out of the prohibition does not itself have sold the product but sales have been made through another company penalty payment can be imposed if the external conditions between these companies strongly indicates that they have coordinated themselves to circumvent the ban.

– The Supreme Court has put its foot down and tries by the judgment put an end to companies trying to circumvent the penalty injunctions. The judgment is an important precedent, not least for the furniture industry where such action occurs. My assessment is that the judgment in the future will be make it difficult for circumvention and that it is a win for all copyright holders in the industry, says Eva Blum at the Vinge      law firm who along with Lisa Bourghardt been Swedese’s counsel in the case.

– This is a good and important decision for us at Swedese but also for the industry as a whole, says Sonnie Byrling, CEO of Swedese.

Swedese AB is a family owned furniture company with production in Vaggeryd and Äng, Sweden. Swedese are also with showrooms in Stockholm, Gothenburg, Oslo, Copenhagen, Munich and Cologne. Innovative design, craftsmanship and uncompromising quality are clear success factors. The number of employees amounts to over 100, with a turnover of approximately SEK 165 million in 2014.