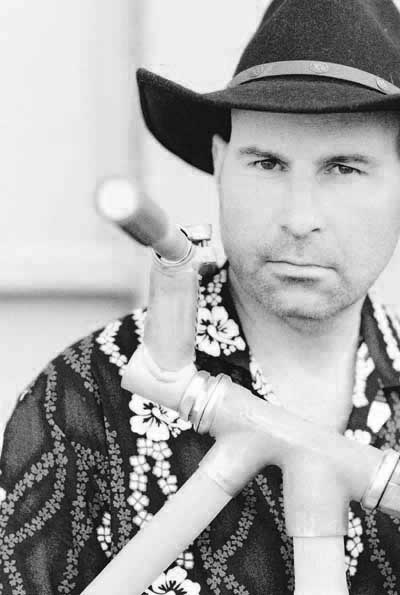 Søren Gregers Nielsen, known as “Sögreni”
Sögreni was born in Copenhagen on the 1. October 1955.
In 1980 he opened his own bicycle shop in Copenhagen and started to produce his own bicycles, because he found the quality of the ready made bikes miserable.
In 1985 he starts the production of his own bicycleframes and in 1990 the production of his own aluminium floor plate mudhuards, the wooden mudguards and his own leather grips are added to the product range.
In 1995 he produces his own bell, in 99 the lights and in 2000 the trouserclips.
His designs are often represented when the danish ministry of culture presents danish design abroad.
His products can currently be purchased in Sweden, Ireland, England, France, Germany and Denmark.