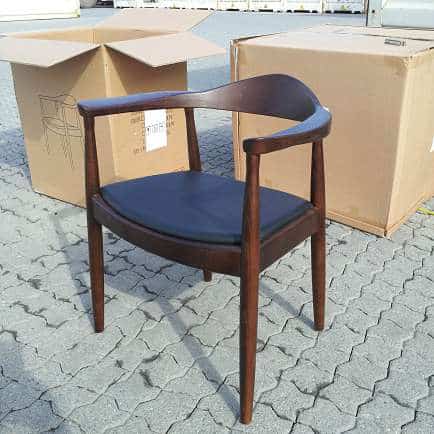 One of the imitations of The Chair standing on a Norwegian port jetty, waiting to be destroyed.

The Danish manufacturer of classic design furniture, PP Møbler in Allerød, was in late spring contacted by Norwegian customs authorities, who had intercepted a shipment of 100 copies of the company’s world famous chair The Chair, originally designed by Hans J. Wegner in 1949.

The fake chairs, produced in China, were intended for a customer in Norway, who had planned to use them to furnish a restaurant. And even though the client offered PP Møbler a substantial amount to release the chairs, this was of course refused. Instead, the entire consignment was destroyed at the customer’s expense.

Watch a video of the destruction here.