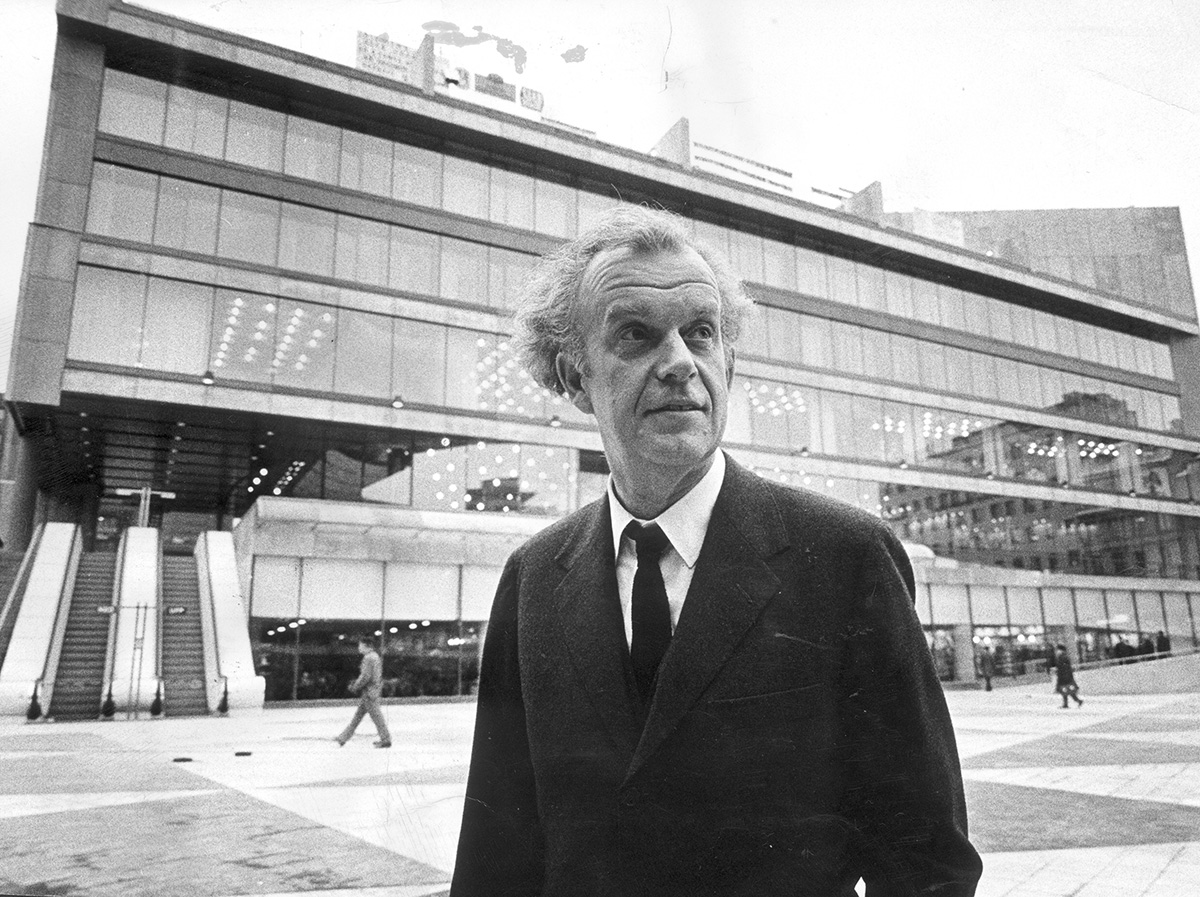 “I’m building for a new man who has to come.”

Kulturhuset reopens on September 18, after the 1.5-year renovation that has taken place.
In connection with the house reopening an exhibition box will be inaugurated, where visitors can take part in Celsing’s visions and ideas.

Peter Celsing (1920-1973) is considered one of the great Swedish architects and is internationally known for his works. Kulturhuset on Sergels torg in Stockholm is one of his most noticed buildings. It has been a model for, among others, the Center Pompidou in Paris.

In the 1950s, a major change in Stockholm’s city center was underway. Parts of the old buildings on Norrmalm were demolished and the metro was expanded. Several politicians thought that a house for the people should be built in the city. In 1965, an idea competition for a culture house was announced and Peter Celsing and his office won. Kulturhuset was built in 1960 and inaugurated in 1974, with theater, art exhibitions and a library. Ever since the start, the house has attracted hundreds of thousands of visitors every year.

Peter Celsing was born in Stockholm and studied at the Royal Institute of Technology (KTH) and the Royal Academy of Arts. He was appointed professor of architecture at KTH in 1960. By 2020, Peter Celsing would have turned 100 years old. Therefore, his work is highlighted with a box. During the autumn, there will also be architectural walks and activities where visitors can take part in his visions.

The box is produced by Kulturhuset Stadsteatern in collaboration with Frida Rosenberg, researcher at the School of Architecture, KTH. Thanks to the Celsing Archive.