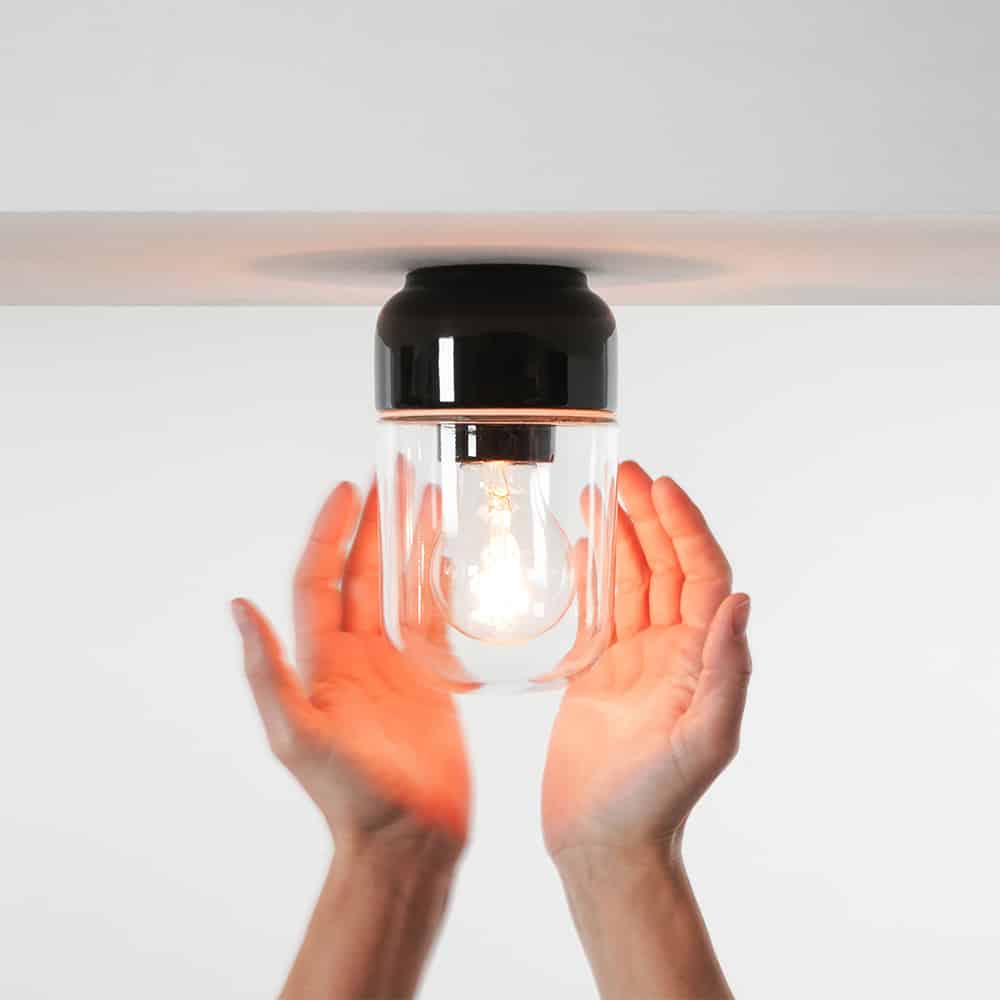 The creative and dynamic collaboration between the prestigious company Ifö Electric and the design duo Johan and Nina Kauppi (Kauppi & Kauppi) has resulted in the lighting collection Ohm; a series of ceiling, wall, and table lamps in pressed porcelain with glazed surface and cups of opal and clear glass. A collection that brings together tradition, sustainability and innovation.

The exhibition will give a glimpse of the creative collaboration between the design studio Kauppi & Kauppi and the press porcelain company Ifö Electric ́s dedicated team. A collaboration resulting in the first grand collection in more than ten years by Scandinavia’s only press porcelain producer. The Ohm collection, launched 2019, is a family of architectural porcelain light fixtures for indoor and outdoor use on walls, facades and ceilings. Inspired by old porcelain insulators, the soft curves and restrained silhouettes references the company’s legacy and includes the first table lamps in the company ́s century long history.

“We were seduced by the fascinating soft shapes of insulators and connection boxes, some of the first products manufactured by the company. We wanted to bring these silhouettes back into the assortment by creating something new, carrying some of its identity. The fascination was not only a matter of aesthetic, the soft shape proved to be highly functional for both bases and glass with great ability to diffuse light”, explains designer Nina Kauppi.

The Ifö Electric company story started in the beginning of the 1900s, next to the island Ivö in Scania, where the Kaolin clay was excavated. The company has played an important role in the Swedish industrial history with its production of insulators, fuse links, connection boxes and durable porcelain luminaries. The lighting fixtures have become Scandinavian classics and can be found in uncountable homes and institutions.

“The aspect of time is something we have reflected over a lot in this project. We like to see our design process with Ohm as ‘Slow Design’. Construction, tooling and preparations for pressing porcelain takes time, but is also allowed to take time. The extensive efforts are made with a long- term holistic perspective in mind. Once the products are done, they will exist and function over a great period of time. Porcelain luminaires will survive styles and trends with a potentially longer lifecycle than many buildings. An aspect of the sustainability that ought to be more discussed”, says designer Johan Kauppi. 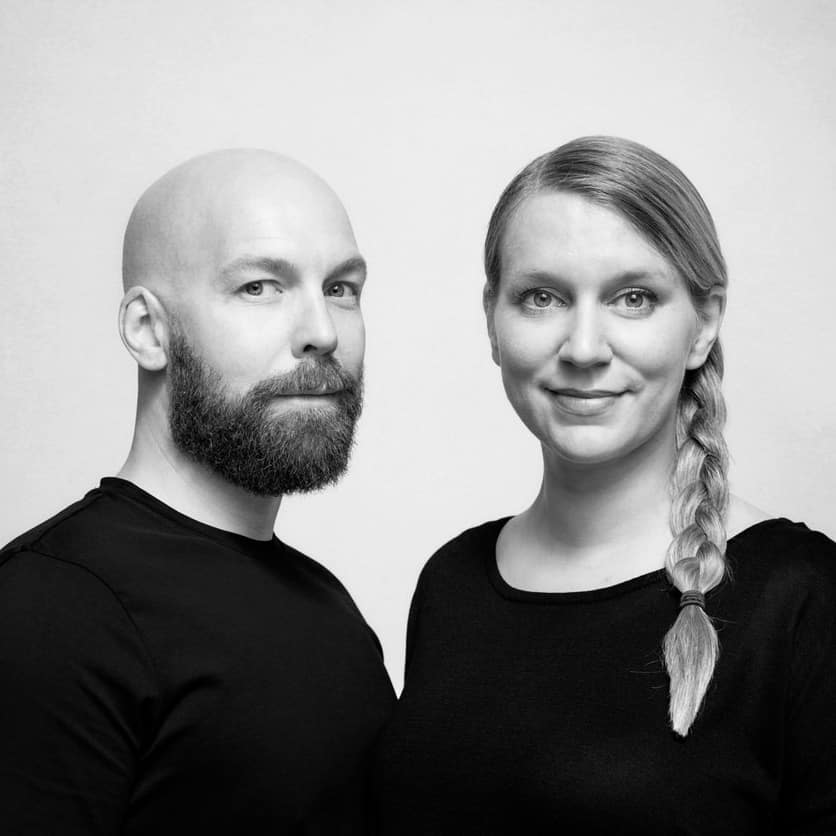 Kauppi & Kauppi is a designer duo with roots in the very north and south of Sweden. Johan & Nina have both earned their MFA degree at the Academy of Design & Crafts at The University of Gothenburg. In 2016 they established the shared design studio Kauppi & Kauppi in Sweden, after living several years in New York and Frankfurt.

The studio approaches design in all scales, from spatial projects to tactile objects in the hand’s scale. The studio ́s design philosophy is identified by a search for a pure and restrained design, celebrating the added values that makes a project unique and genuine. The inspiration is often found in the contrasts, between north and south and in the dynamic between tranquil nature and pulsing cityscapes.