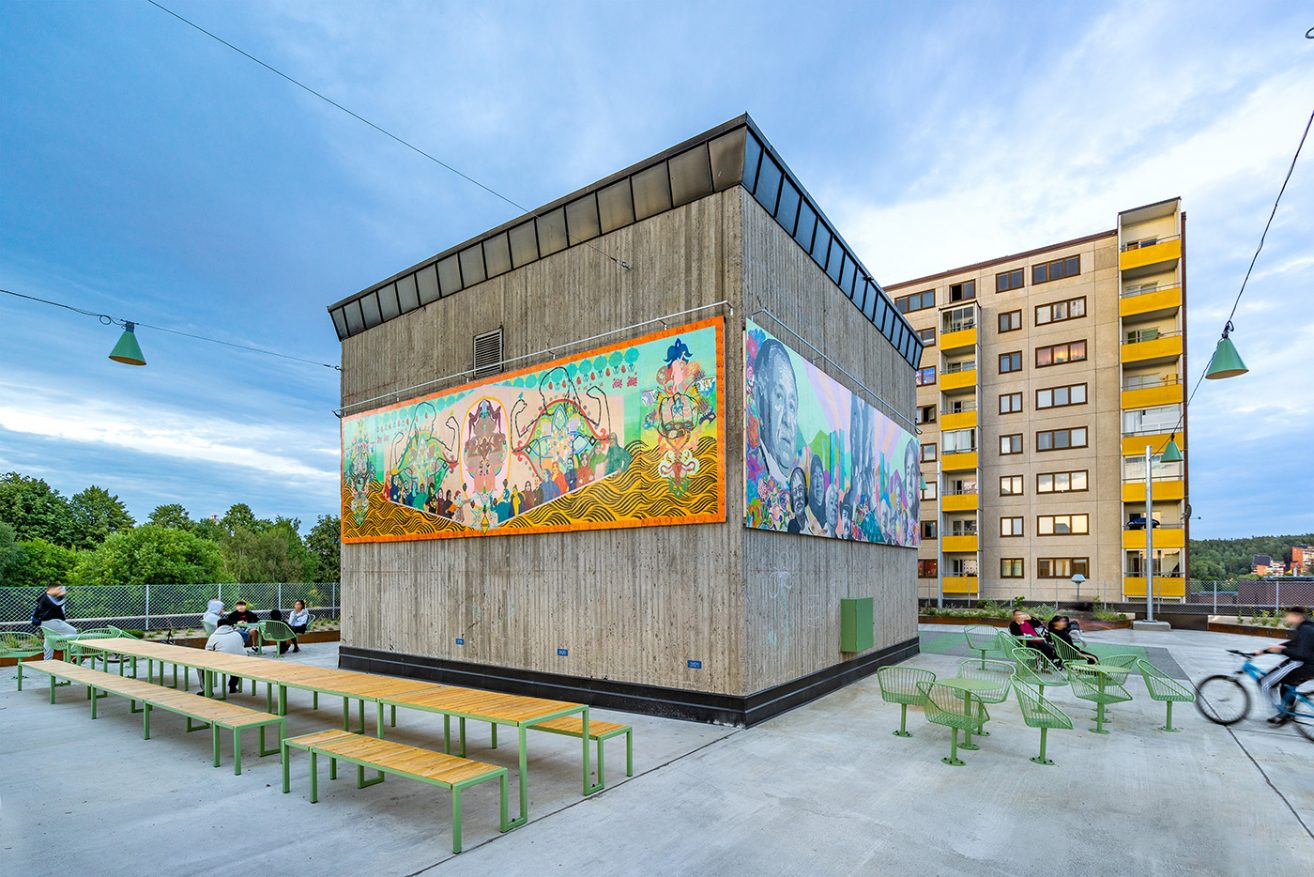 Nola has contributed to creating a safer outdoor environment in the form of an urban park in the suburb of Fittja in Sweden. In collaboration with Botkyrkabyggen and architect Arkitema, a former car park has been refurbished and transformed into a social and safe meeting place for residents in Fittja. The environment features Nola’s Långbordet, in collaboration with White Architects, and the Korg furniture group, designed by Thomas Bernstrand. The site in Fittja demonstrates a successful collaboration of several contributors. 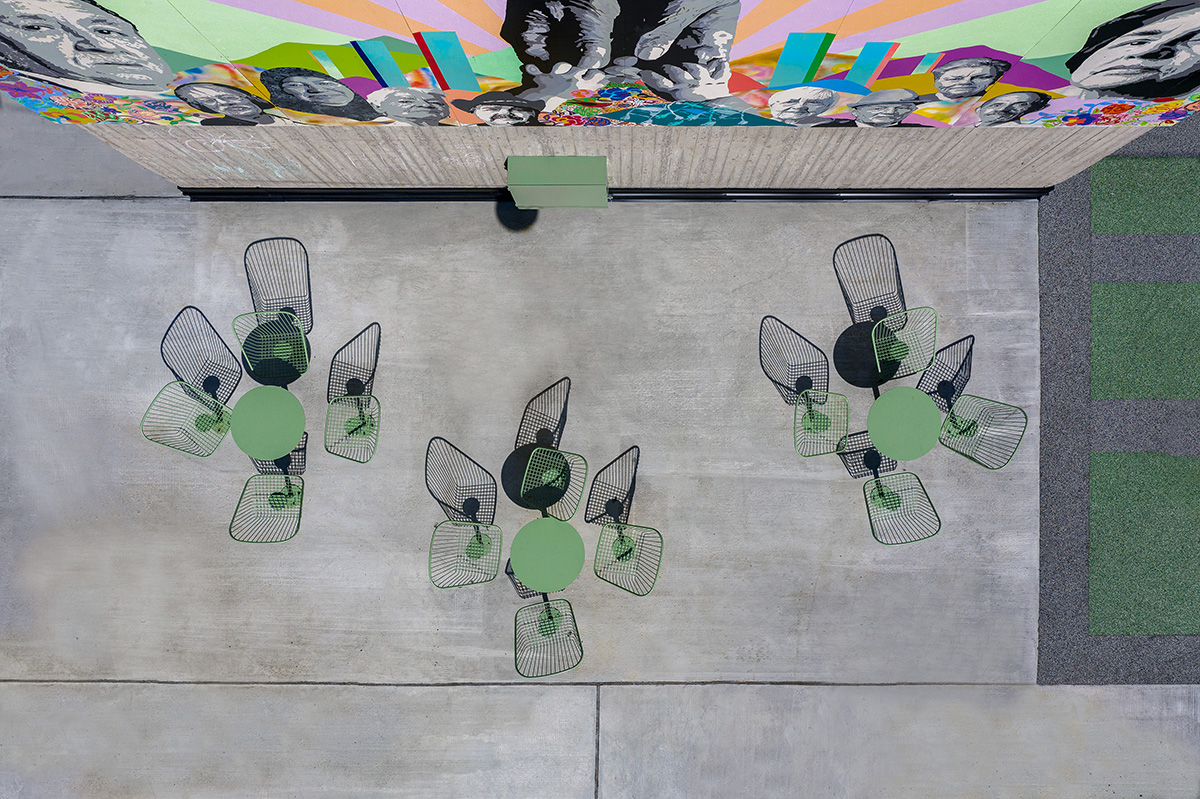 A car park becomes a park

The site for the new park in Fittja was previously a disreputable car park, which had been identified as a typically unsafe place by the municipality, police and residents in the area. With the intention of reclaiming the space, Botkyrkabyggen decided to, together with the municipality, transform the car park into a park that it is accessible and designed to encourage people of all ages to meet and socialise. 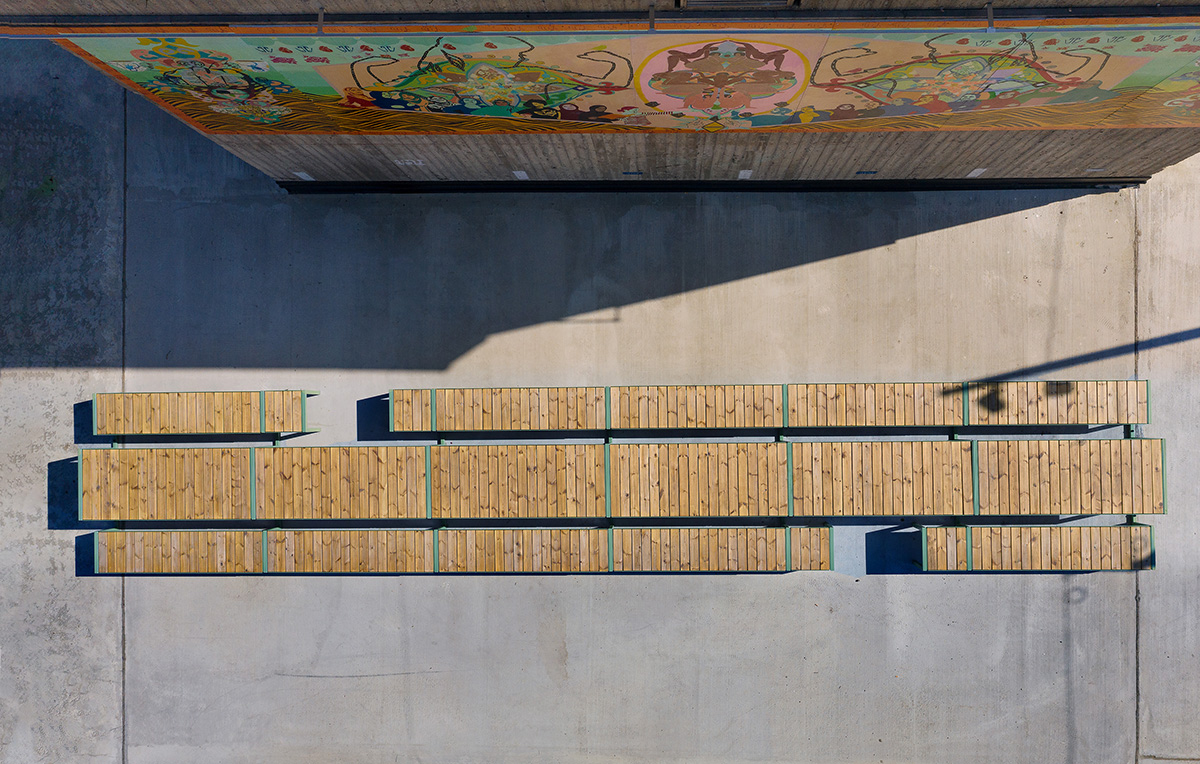 To increase security and social commitment, Botkyrkabyggen introduced free activities in the park, procured public art and had the public environment furnished with well-thought-out, inclusive furniture – a holistic perspective that encourages social activities and contributes to an aesthetically cohesive environment. 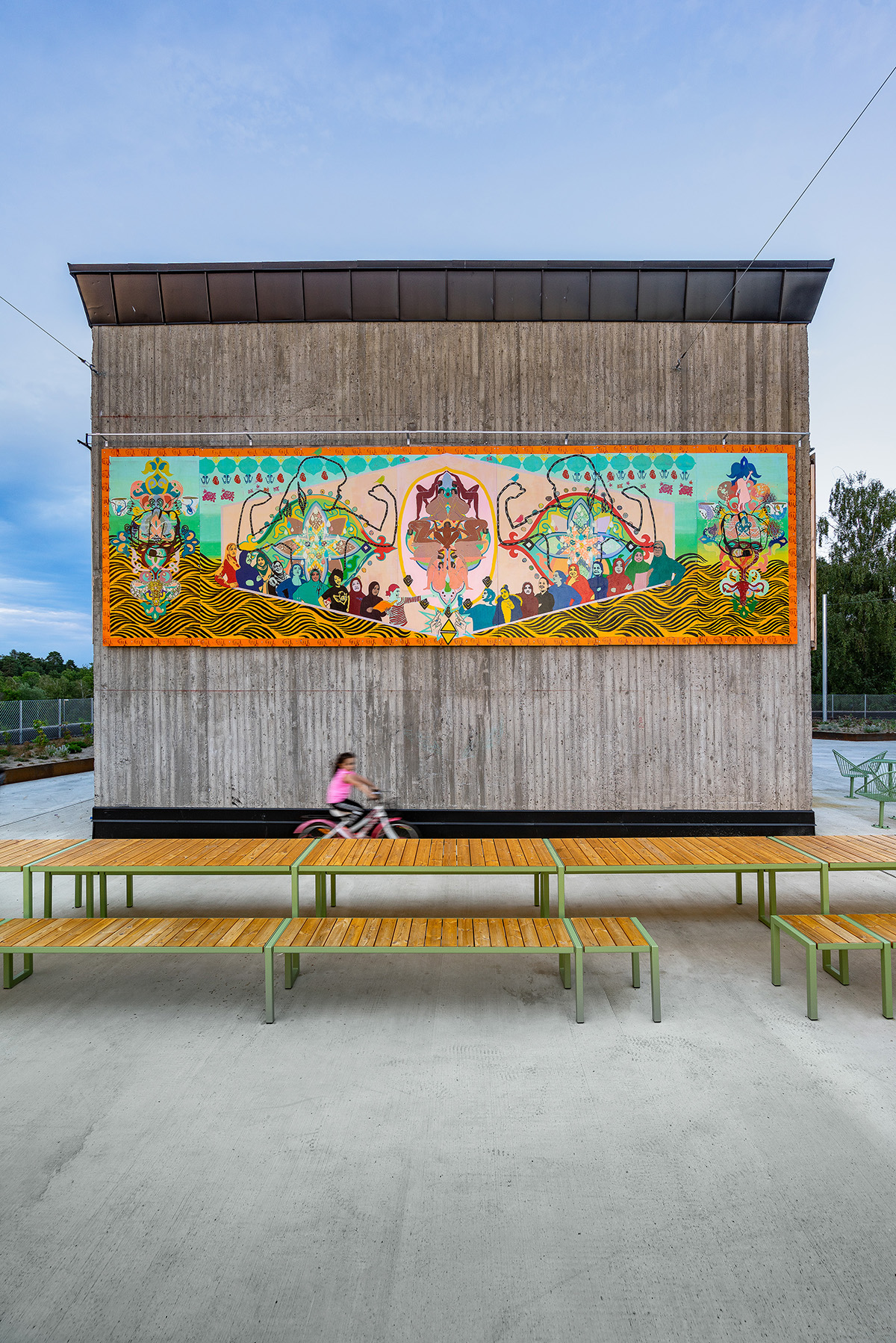 Botkyrkabyggen’s support for Konstkuben (art cube), the concrete cube and former automated vacuum waste collection system that stands in the middle of the site, is another part of the work intended to enhance well-being and security and to create a positive story about Fittja. Konstkuben has been used for art projects by artistic director Saadia Hussain, who has involved the municipality in Fittja and their stories in the works. The high-up location of the art around the cube makes the space visible from a distance and transforms it into a prominent and identity-creating site for the people of Fittja.

The new environment features Nola’s Långbord, in collaboration with White Architects, and the Korg furniture group, designed by Thomas Bernstrand.

Långbordet is a modular table for social gatherings, which was originally designed for a development project to improve security in the city of Helsingborg. The table’s unique length encourages socialising and playfulness, with areas of use that work for conversation and relaxation as well as for coffee, games, flea markets or play.

The Korg furniture group is flexible, urban city furniture with a rotating function in durable materials. The placement of the furniture invites social encounters and interaction.

The constellation has an urban design with sustainable materials, which can withstand a harsh outdoor environment and changing climate. The colours in wood and steel are reflected in the works of art and surrounding architecture and contribute to a well-thought-out overall environment, which is characterised by good design in the public space.

The new park in Fittja has become a safe meeting place and today fulfils several functions for the residents – a successful combination and good cooperation of several contributors.