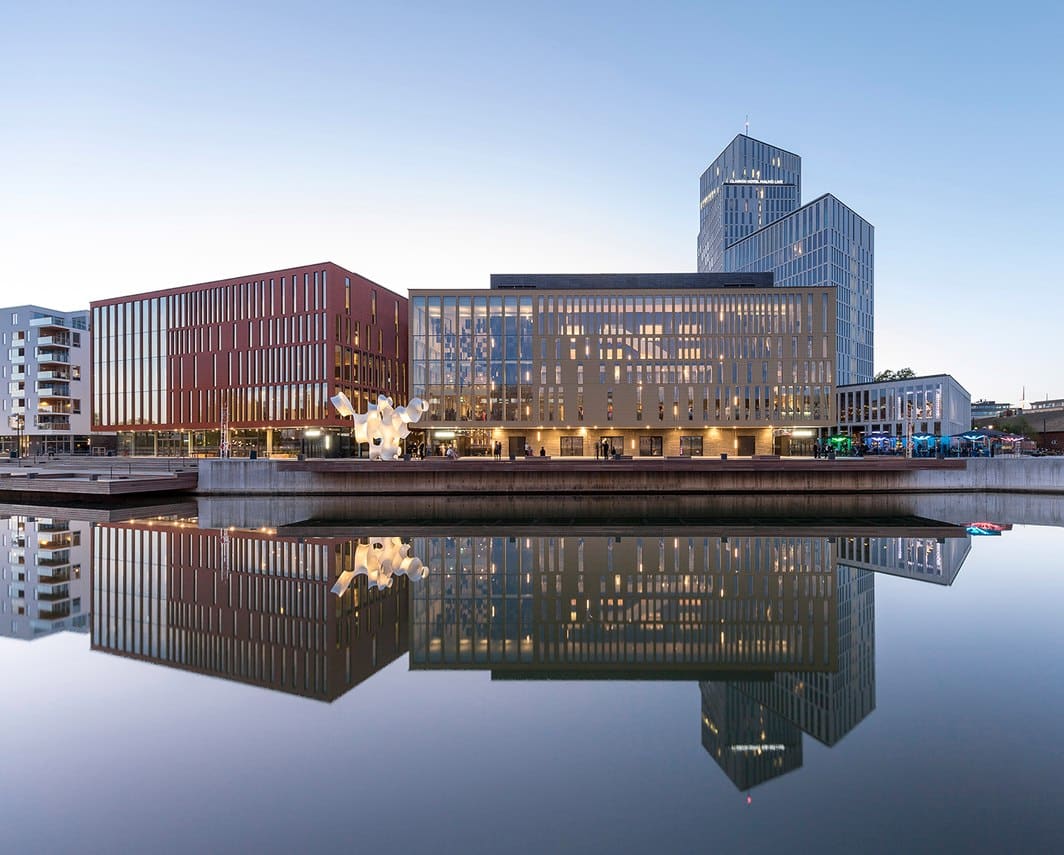 Malmo Live wins this year´s construction 2016. The jury, among other things fixed on the successful cooperation despite a complex situation with many parties involved. “It’s fantastic to be here today,” says Staffan Andersson, Project Director, Skanska, in conjunction with the award ceremony at Cirkus in Stockholm.
Malmo Live is a concert hall, conference center and hotel in one. In the neighborhood are also many buildings with offices and housing.– We got stuck for the whole. Team Malmö Live has managed to solve a complex situation with a construction site in the middle of existing buildings and a railway tunnel under construction site. There are also a large number of parties involved, which has provided a challenging interaction situations, says Mårten Lindström, President of the Construction Opus jury.
Learn more about the Year Build 2016, only in Swedish

The 54,000 square metres concert, congress and hotel complex is situated on Universitetsholmen in Malmö. The building consists of cubic areas that are twisted and given different sizes to match the directions and heights of buildings in the surrounding city. The facades are designed with a homogeneous expression to make the composition appear as one architectonic sculpture.

The ground floor is fully available to the public so that the citizens can pass through the building, whether going to a concert, congress, at the coffee shop or just want to take a shortcut. The main entrance is found at the northern part of the building, which has a classic loggia motif facing the plaza in front. From the south, visitors enter the building directly from the promenade running along the canal. The different functions of the building are organised as separate elements to resemble a small city. The lobby becomes the street, which runs through the entire ground floor and ties everything together. Like medieval cities, which had curved, narrow streets organised around plazas and squares, the lobby is designed to form small gathering places and recesses where visitors can stop, sit and enjoy the view of the canal and the park.

Inside, three volumes hold a large symphony hall, a flexible hall and a conference hall, which are clearly defined elements that, through their mutual composition, set the tone for the musicality of the building. The three building masses appear as a three- dimensional composition in glazed tiles.

Malmö Live is an open, expressive, dynamic building offering numerous activities within its architecture. The point of departure for the building’s design is the modern Scandinavian architectural tradition, which focuses on clear, functional organisation and an accessible, open ground floor layout. The building will become a focal point and landmark in Malmö, offering a setting in which the spirit of the city and its diversity and intimacy receive an architectonic expression.