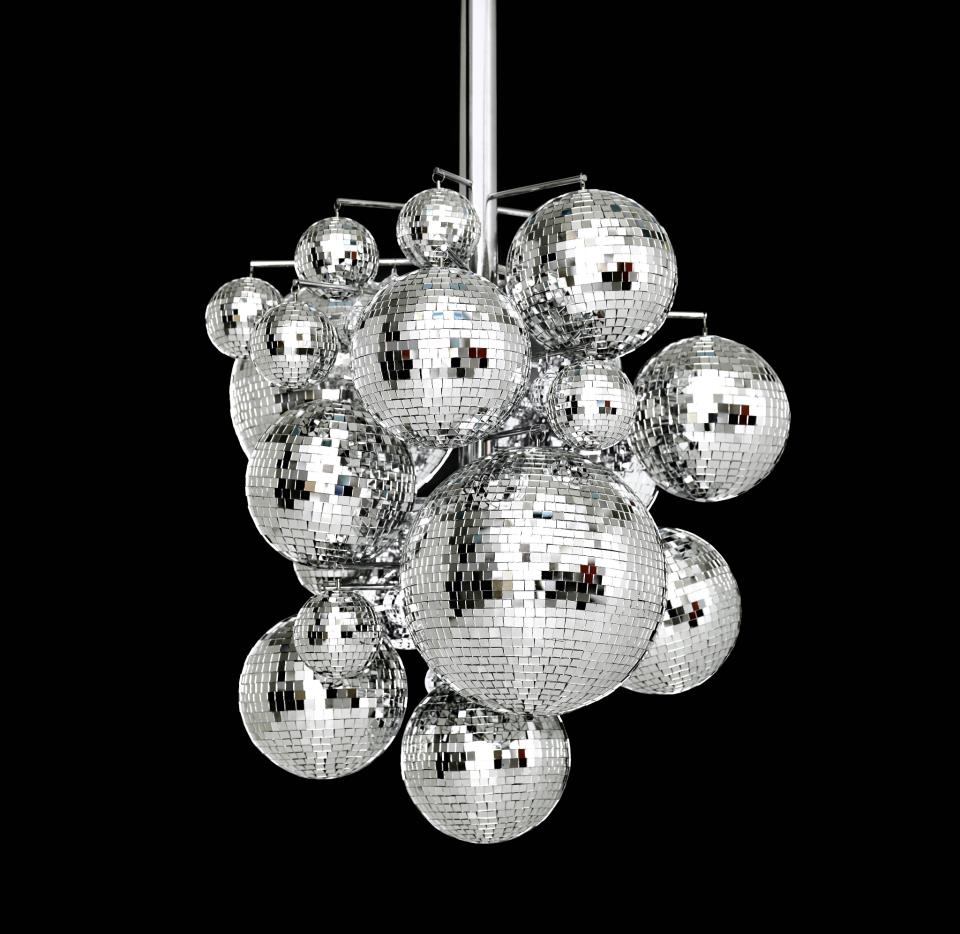 Front about the Confetti Light:
In our new collection FOUND we have put together different ordinary already existing things and changed some details. We have let the small characteristics within one object become the essence of the new product.
Anonymous objects that we have changed; added something, taken them apart and put it back together in a new way or made something of an objects obvious characteristic disappear. We exhibit cupboards which show the reflection of a room at a previous moment, a standard lamp globe with hidden objects inside that make shade decorations appear on its surface and lit light bulbs appear to be flying without any visible cord. The highlight on the surface of glass is made into the decoration of the lamp. A chest of drawers divided and put together again so it looks like it defies gravity. Mirror balls re here put together into a chandelier that makes confetti of light in the room. The light shining through the thin ajar of a slightly open door made into the decoration – when you open the door the light switches of. A cupboard built out of turning advertising signs so the expression of its surface changes.

We were interested in looking at the relationship between the new designed objects and old existing objects. What differentiates objects from one another within a category – were does the found object end and when is the product redesigned? Recognition is part of the in understanding of a product; design is influenced by and built upon already existing objects and ideas.