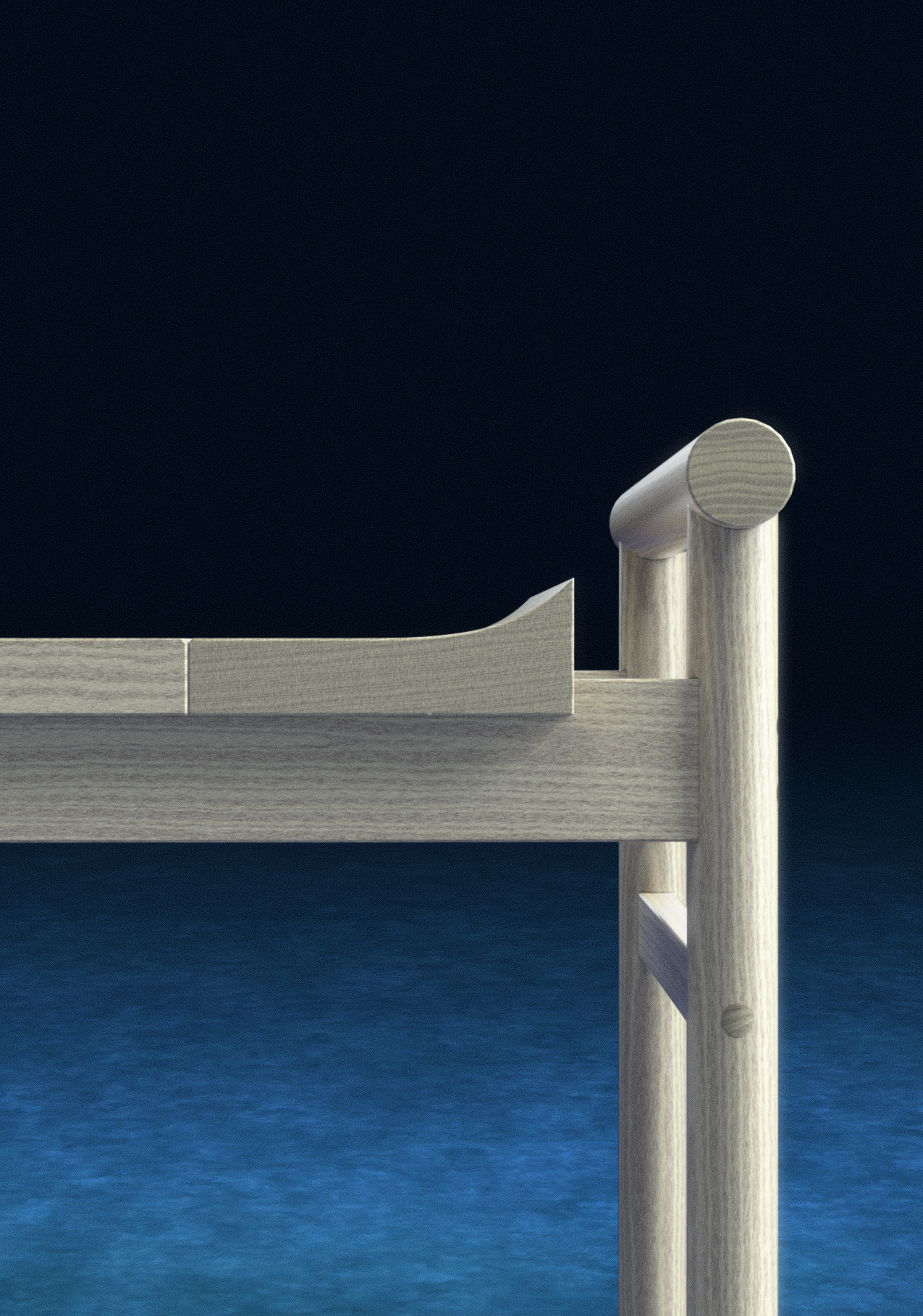 Klint: this year’s collaboration with Beckmans

The Klint bench stands lightly on the floor with aplomb and elegance. It manifests Gärsnäs and was designed by Dana Ferrazzini and Ida Simma, students at Beckmans. The brief was clear: a wooden bench, primarily for the home, but also suitable for public premises. “It had to be light, stable and easy to move,” says Ida, who graduates from Beckmans this spring.

She was raised in Boden and came to the Swedish capital to study. Dana comes from Switzerland and she too came to Stockholm to study. She describes the process behind Klint.

“We started by researching Gärsnäs, and benches in general, and investigating what was already on the market. We examined joints and constructions. Then we started sketching lots of ideas, sending them to each other and developing the work we liked.”

In the conceptual back and forth, the idea arose for the special seat, with its curves at both ends. “We wanted to work with spaces and airiness, and liked the imaginary line between the curve and the handles. Altogether, it develops a sort of sculptural quality,” says Dana.

“Why shouldn’t a bench be sculptural? There’s a bit more going on here than ordinary benches, which so often are just a plane,” continues Ida. From the curves also came the name; Klint in Swedish means the side of a hill or mountain. The name also gives a context in nature to the bench. They chose ash wood. “We couldn’t decide between beech or ash, but settled on ash for its patterns,” says Dana Ferrazzini.

The Klint bench and five other pieces of furniture will be shown at All Thoughts Welcome, Beckmans design collaborations with Swedish furniture companies, 7–12 February, at Alma, Nybrogatan 8, in Stockholm. 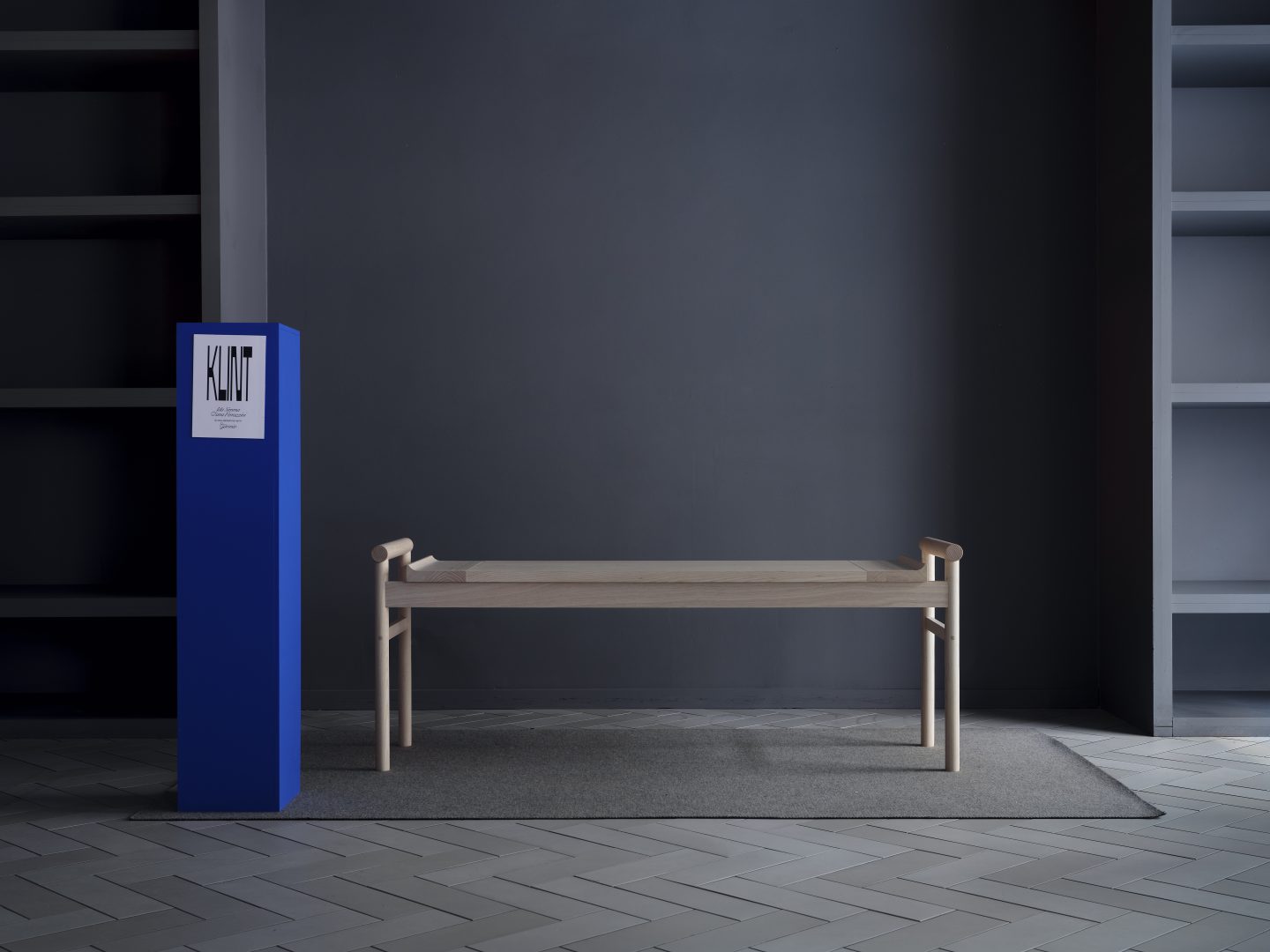 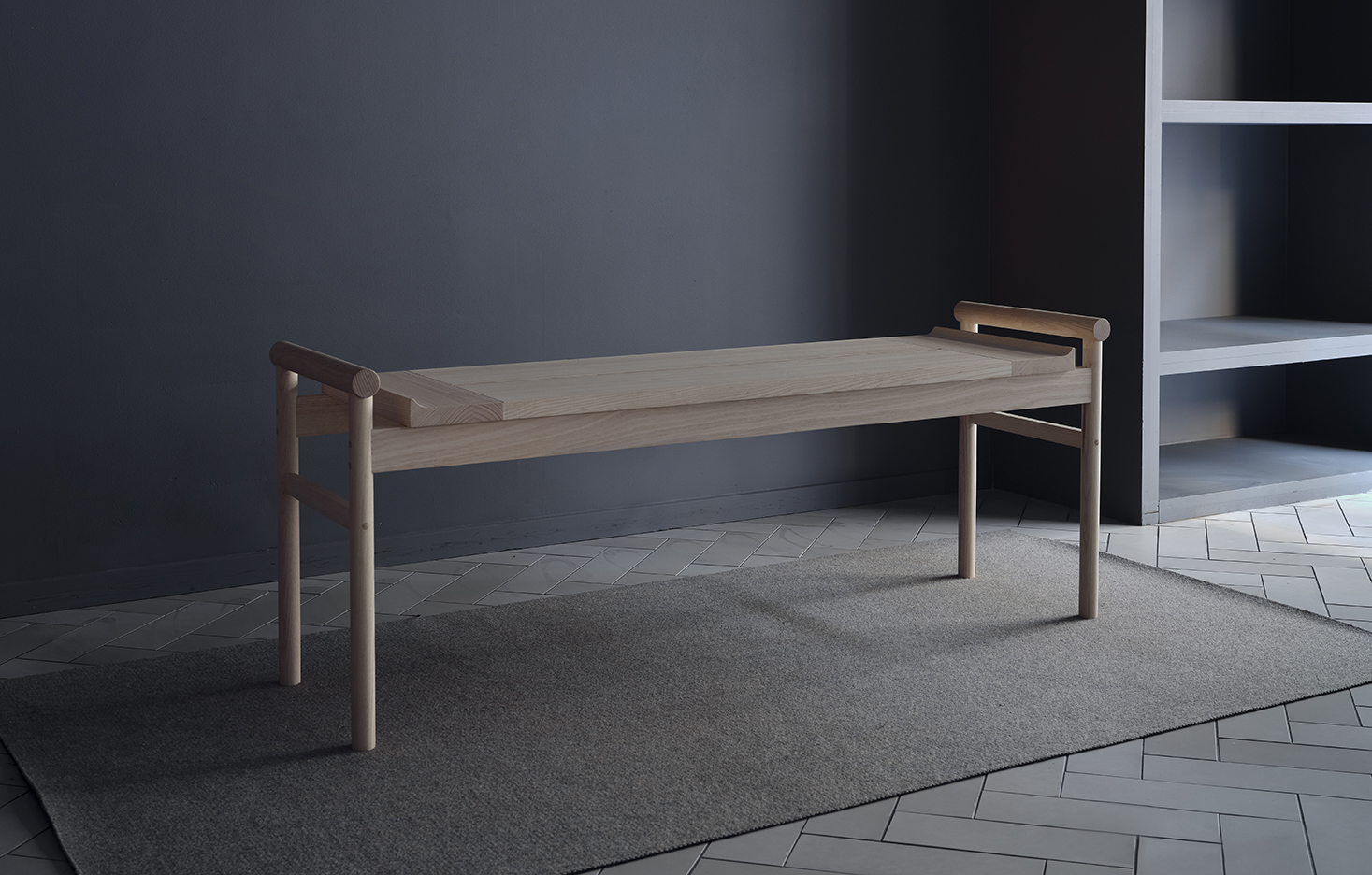