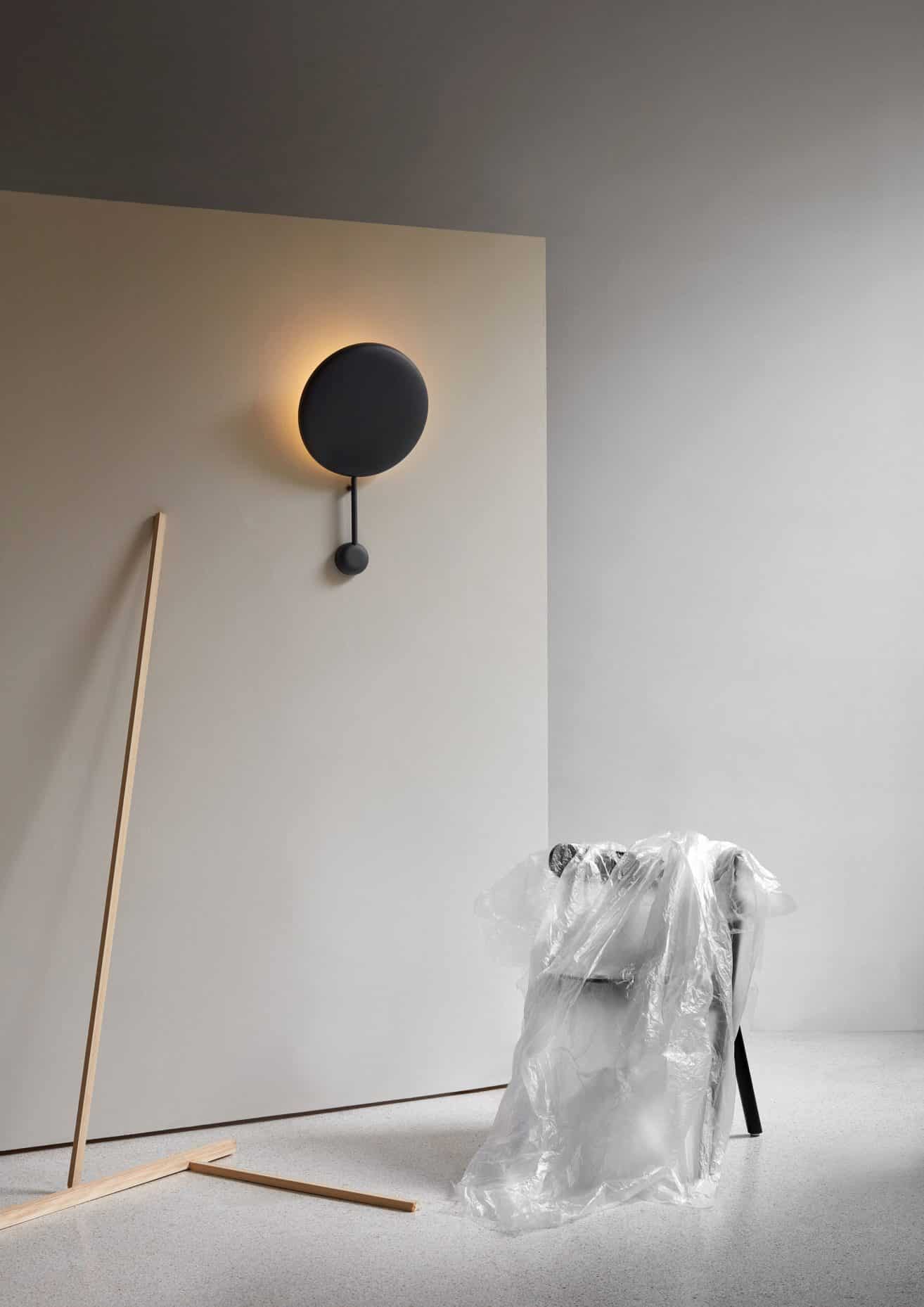 Like a drop of jet-black ink falling onto a crisp
white page, the bold silhouette of the Ink wall lamp
creates strong contrasts. The adjustable shade
has been configured into a smooth, concave disc
that reflects light directly onto the wall. As the
light spreads beyond the shade’s rim, a subtle halo
effect is created, resulting in a shimmering glow
seldom seen in artificial lighting. The matt black
surfaces of the shade and stem contrast sharply
with the soft white light emanating from inside
the shade. 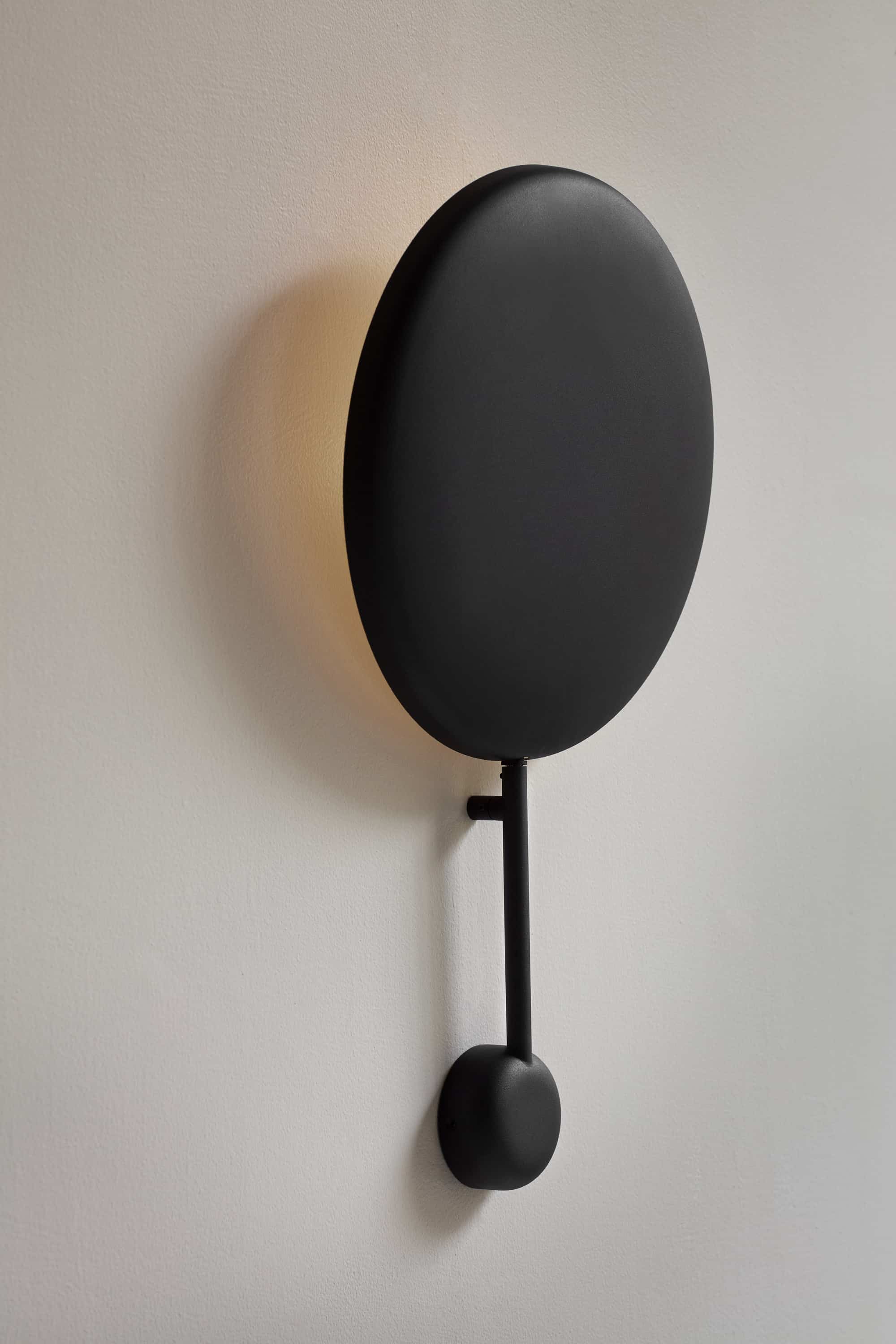 Although Ink reveals the power that intense black
can have, the design itself was inspired by the
beauty of nature. Fascinated by the subtle
illumination cast by the moon’s reflection in the
night sky, the designer set out to create a similar
mood in the interior. As a result, Ink’s dark
surfaces diffuse the light emanating from its
LED light source to create a lustrous glow
in the interior. 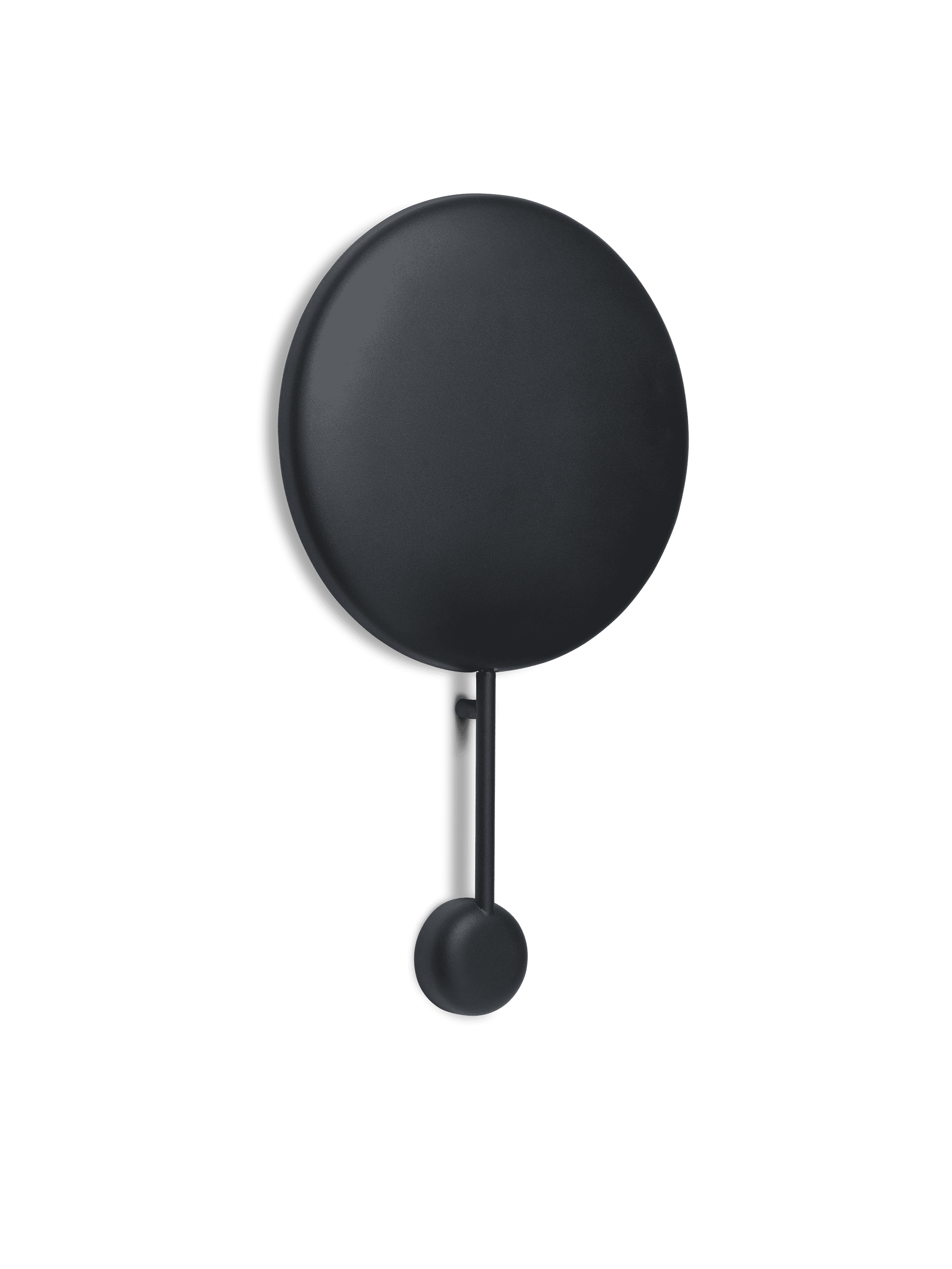 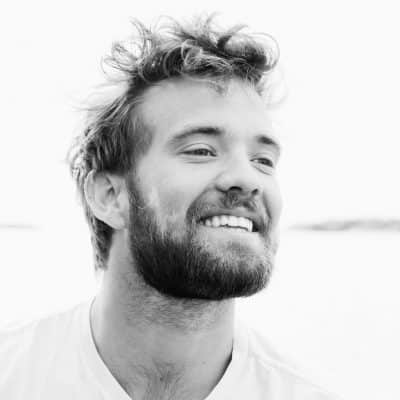 From his base in London, Swedish designer
Felix Isidorsson creates a wide range of
household products and practical accessories.
But he doesn’t stop there; Felix also designs
graphics and interiors, taking his interest in
surface design and architecture into everyday
environments. Felix believes that good design
should build bridges between creativity and
interaction, resulting in objects with the
potential to improve how people live, work and
socialise with each other. Felix says that the
long, dark Nordic winters provide him with
a source of inspiration, which motivates him
to rethink the role that lighting can play in
the interior. His first design for Northern is
the Ink wall lamp, a flawless black disc that
projects light over the wall to illuminate the
room around it. Ink’s jet-black surface creates
a uniquely diffuse light source that adds
a shimmering glow to the interior.