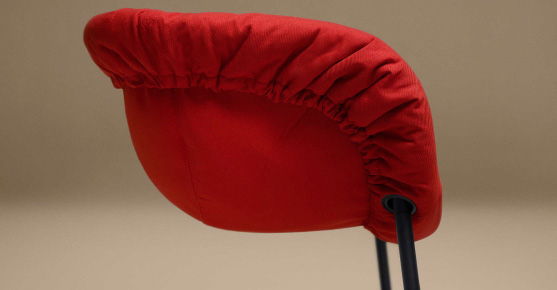 Ironically, Hood was the first brief that was ever given to TAF Studio from Fogia. But this simple chair is exceptionally complicated and has taken close to five years to bring into production in a way that fulfils its initial promise. 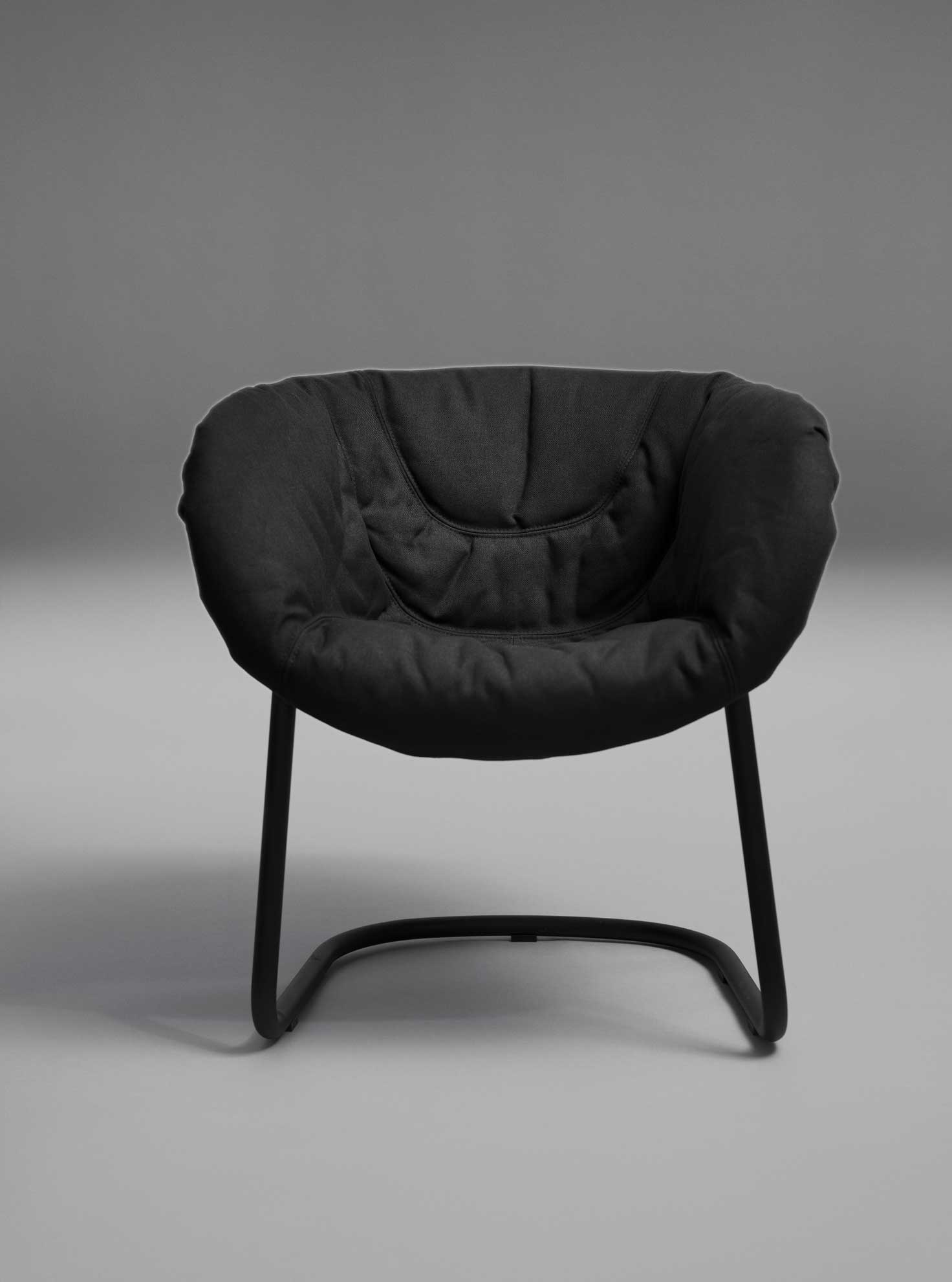 “It’s testament to Fogia really, other brands might have moved on, but we’ve worked and tested, and tested again with Fogia’s factory and its product manager until we finally hit the mark a few months ago,” says TAF Studio’s Mattias Ståhlbom. 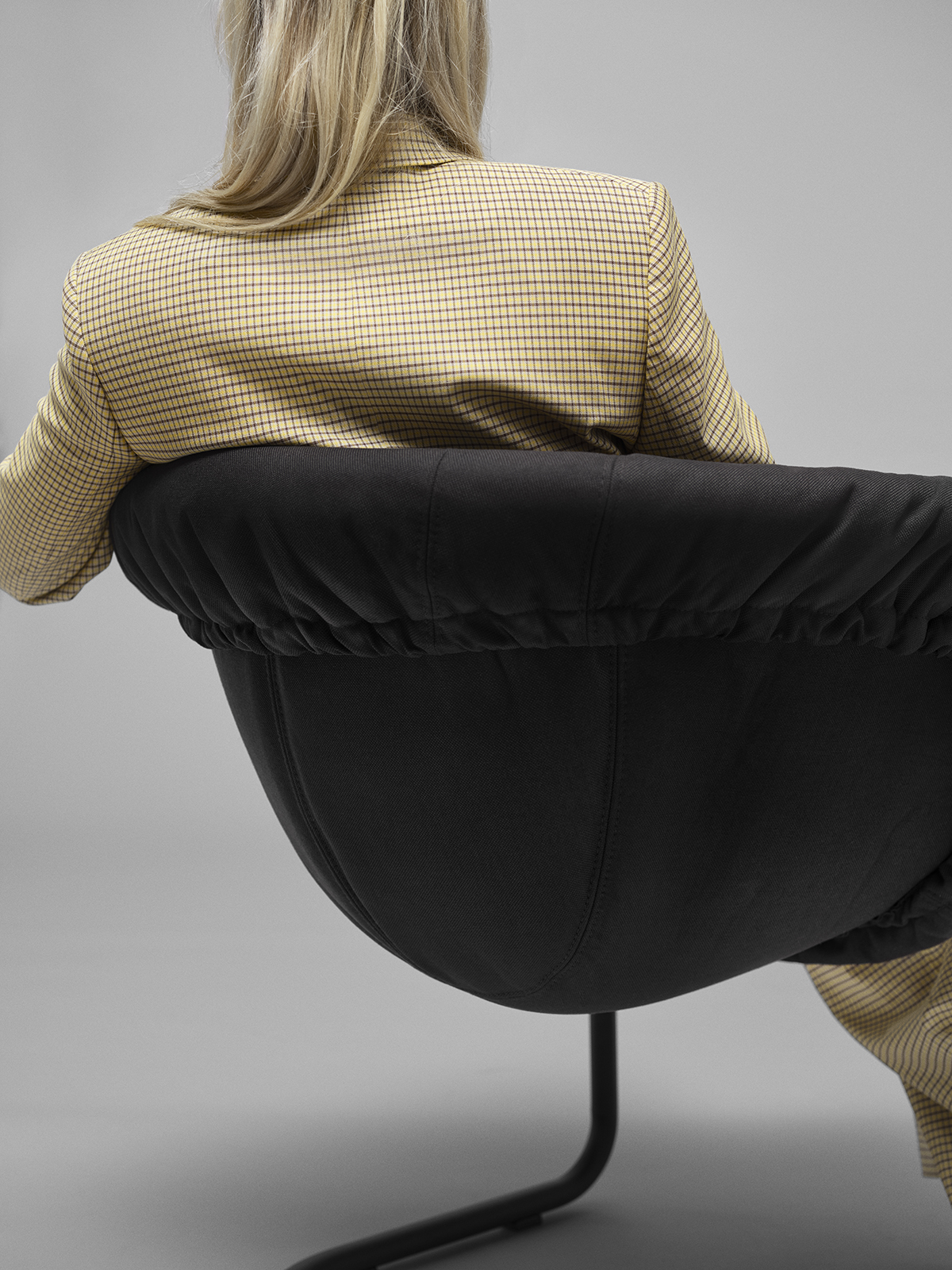 One key element of the brief was that, aside from its metal frame, there was to be no solid parts in the upholstery; everything soft and suspended. But this brought about an intricate series of developments and challenges to get the seams and upholstery elements in place so that it would hang structurally right when not in use. A classic case of change one element and four others need to be reworked at the same time. 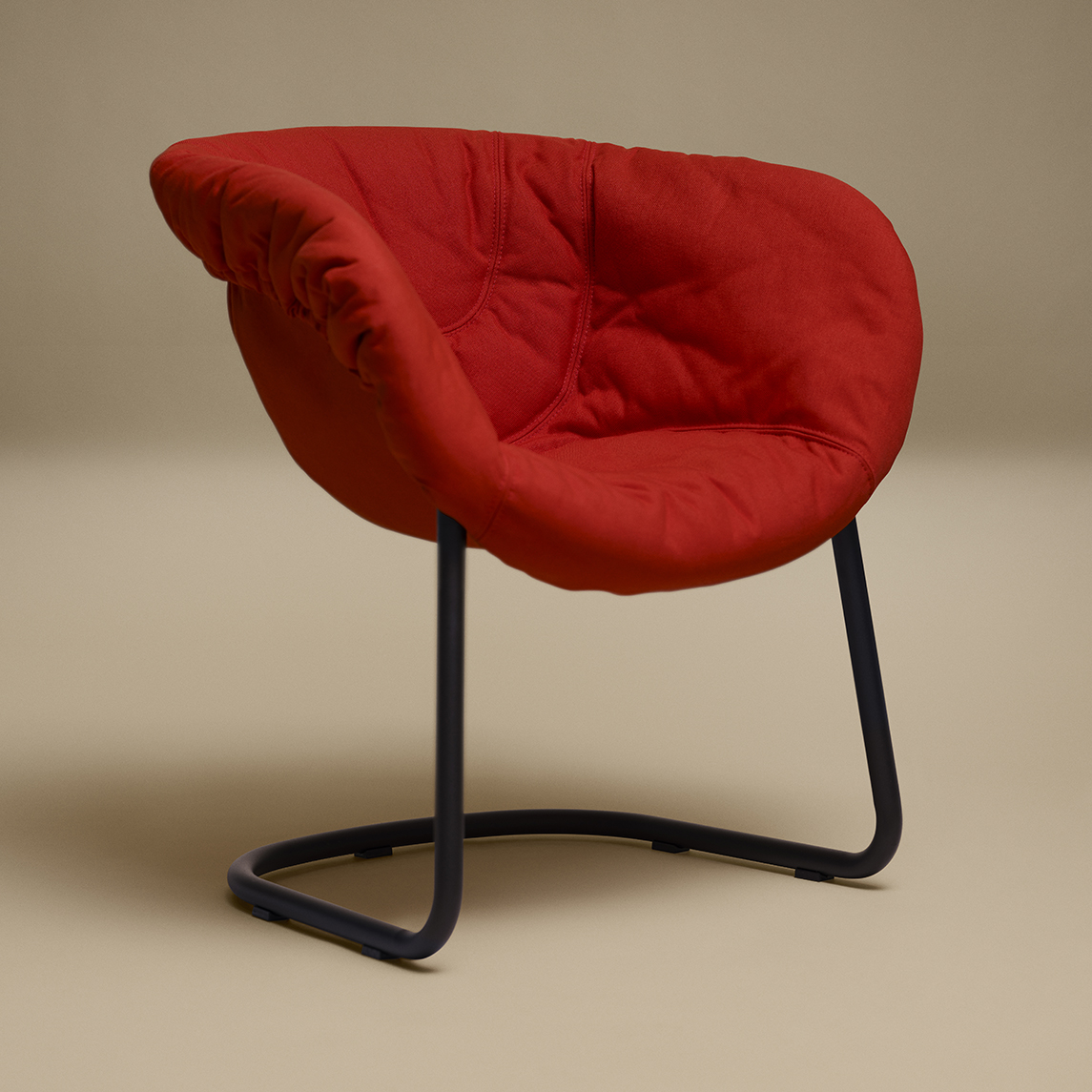 “We also wanted to do an upholstered chair with as little materials as possible but retain the comfort. Bent metal is used for the frame, but that can actually be separated into two pieces actually, so it’s quite small and flat for packaging and shipping. Plus, it makes it easy to replace the upholstery hood. And, eventually, the whole things can be easily dismantled and recycled,” adds Gabriella Gustafson, TAF Studio. 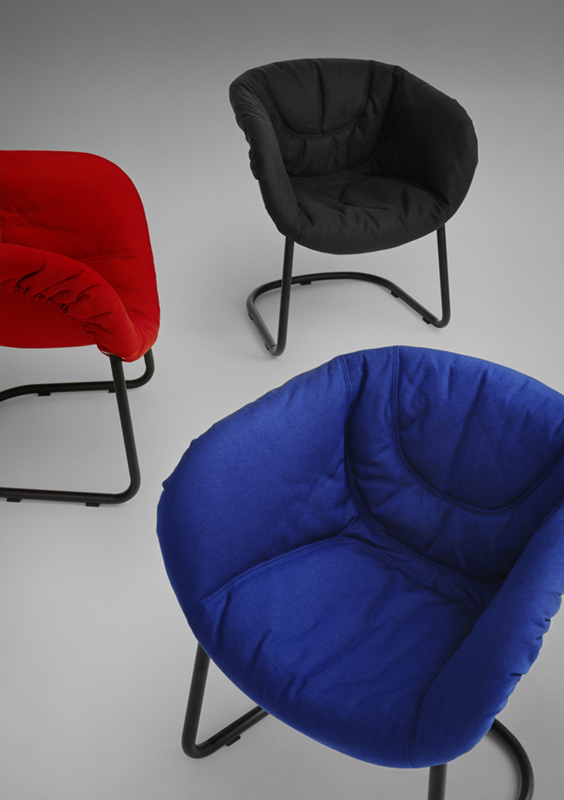 Hood’s frame is unique when compared to vintage cantilevered chairs, from which the studio sought much of its inspiration. The radius of the bends is different at the top and the bottom, which requires a new kind of bending. Plus, the stresses placed on a bent metal frame require a unique approach to material selection, especially if the frame will be comprised of two separate parts, as in Hood’s case. 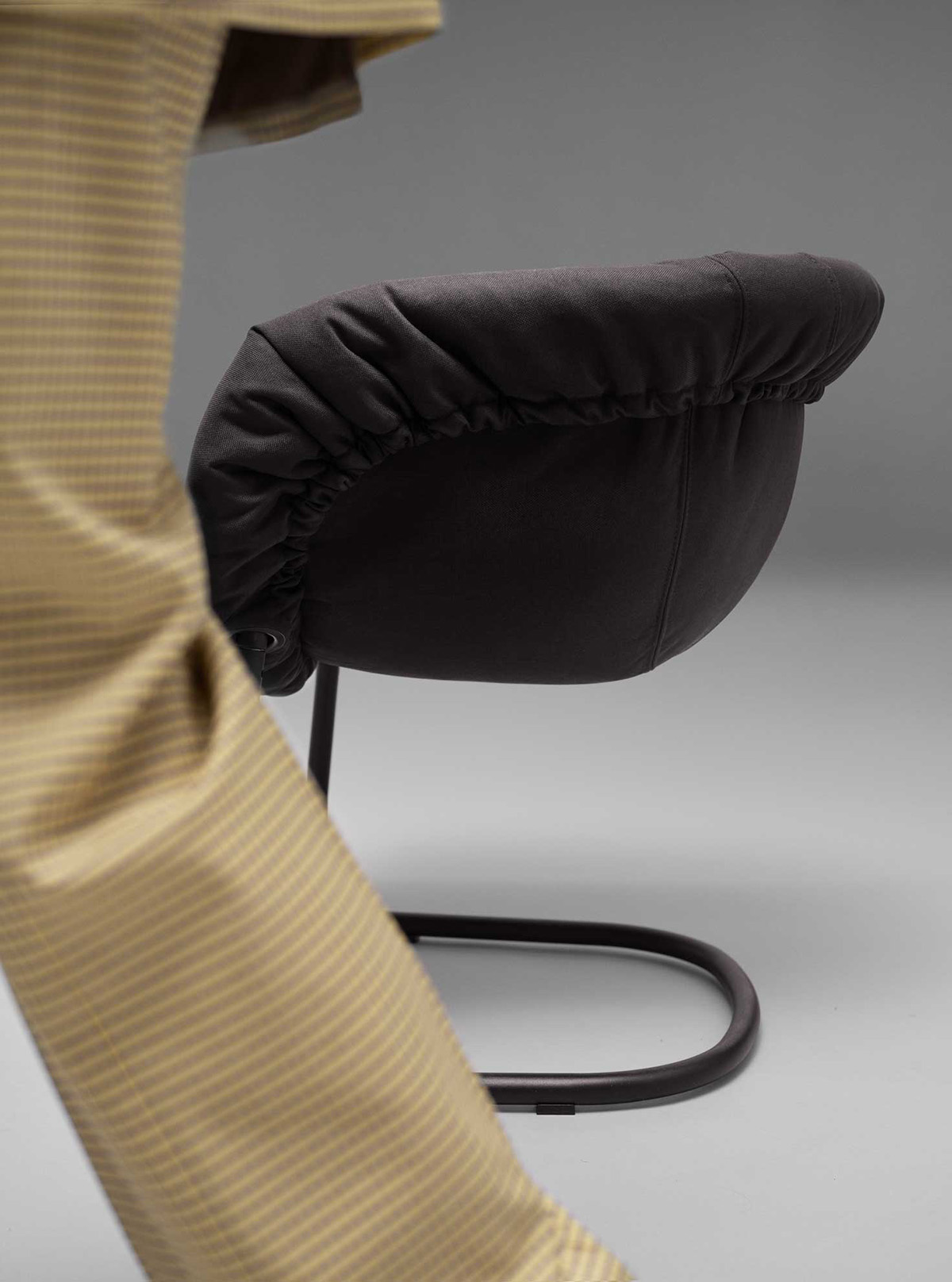 Handling Hood and its qualities become apparent. It’s light and very easy to move around, giving it a very versatile sense of purpose. And the easy calming sensation of the cantilevered frame rocking gently stirs feelings of nostalgia. Hood: Five years well spent and a testament to the skill and unwavering dedication to design thinking and problem solving by everyone involved in its journey.