Eero Aarnio is one of the internationally most widely known names in the history of modern design in Finland. This spring’s exhibition features some of the designer’s best-known pieces from the 1950s up until today.

Will be on show at Nationalmuseum Design, Kulturhuset Stadsteatern, Stockholm 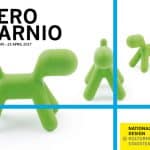 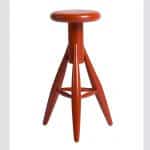 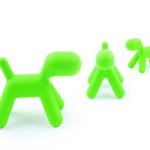 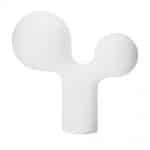 “… and then I had this totally crazy idea!”
Eero Aarnio

The exhibition will present one of the foremost design icons, who for more than seven decades has been pushing the boundaries of what a piece of furniture can be and what it can look like. Throughout his design career, Eero Aarnio (born 1932) has experimented with form and materials, techniques and production processes. Back in 1966, he became an international sensation overnight following the unveiling of his Ball Chair at the Cologne Furniture fair.

Five themes in the exhibition – Artefacts, Mind, Time, Process and Manufacturing – mirror Aarnio’s wilful and playful working methods, design processes and production methods. The exhibition features some of the designer’s best-known pieces from the 1960s and 1970s alongside artefacts and furniture created in the 21st century for the Magis and Alessi brands.

The exhibition is produced by the Design Museum in Helsinki, where it appeared in the summer and autumn of 2016. In true Eero Aarnio fashion, the staging is playful and experimental. Some of the podiums travel around the exhibition space, while others revolve slowly on their axis. Besides the artefacts themselves, rarely seen original sketches and documents from Aarnio’s desk and the factory production lines will shed further light on the design process.

Opening of the exhibition

Eero Aarnio was born in Helsinki in 1932. He studied at the Institute of Industrial Arts in Helsinki, graduating as an interior designer in 1957. After graduating, he worked in the offices of designers Ilmari Tapiovaara and Antti Nurmesniemi and for the Asko furniture factory. Since 1962 he has been a freelance designer.

In the course of his career, Aarnio has collected many international furniture design awards, including the Cantù prize in Italy in 1959 and 1964. In 2008 he received the Compasso d’Oro award for his Trioli chair and the Kaj Franck Design Prize in Finland. In 2010 he was awarded the Pro Finlandia Medal, and in 2005 the Finland Prize of the Finnish Ministry of Education. Aarnio’s works can be found in many of the world’s leading museums, including the Museum of Modern Art (MoMA), New York, the Victoria & Albert Museum, London, the Stedelijk Museum, Amsterdam, the Centre Pompidou, Paris, the Vitra Design Museum, Weil am Rhein, as well as Nationalmuseum, Stockholm.