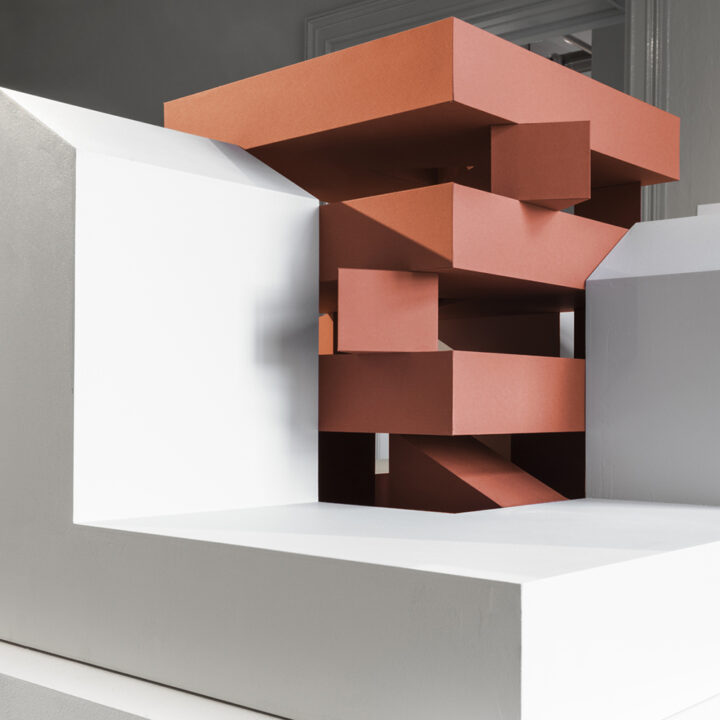 Architecture critics from Sweden, Norway, and Denmark write critiques of fictional works of architecture. The critical reflection departures in the critics’ own dreams and imagination. The written critiques are handed over to six designers from the three countries who generate form through model and drawing based on the critique. The written critique and the graphic and spatial design representations are presented together in a traveling exhibition.

Do the critics consider the architectural design to be doing their written works an injustice? Did the architects feel constrained by the written critiques? Or have new, productive means for developing architecture emerged from this unusual collaboration? These are all questions to be discussed between exhibition contributors and visitors.

The traveling aspect of the exhibition, along with the contributors being paired across Norway, Denmark, and Sweden, have provided further dimensions to the experiment. Do we find differences in architectural criticism across the three countries? What could we learn from one another? Do we even understand each other? By initiating dialogue across the three countries, Damn critics! aims at paving the way for a shared Nordic critical tradition.

Read more about Damn critics! on the project website here ››