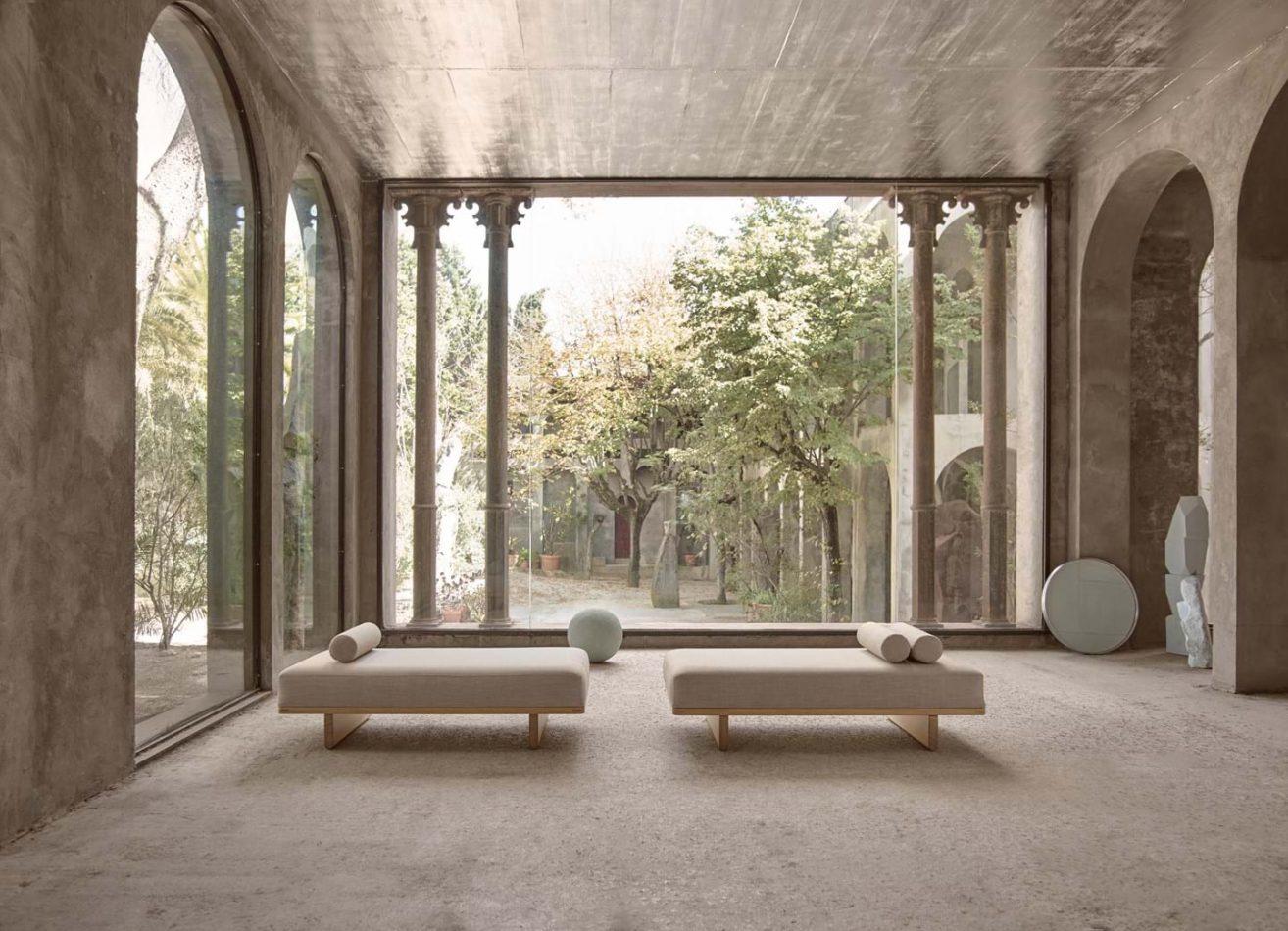 Shown for the first time at the 1958 Copenhagen Cabinetmakers’ Guild Furniture Exhibition on a stand called ‘Landhuset’ (Country House), Børge Mogensen’s BM0865 Daybed is being relaunched by Carl Hansen & Son as part of a growing collection of the renowned Danish architect and designer’s work. The daybed’s comfortable and tranquil form is optimized for wellbeing in any space.

Carl Hansen & Son presents a restful design in the BM0865 Daybed, conceived by Børge Mogensen in response to lifestyles that were already becoming hectic by the 1950s, providing the perfect conditions for wellbeing by enabling busy people to put their feet up and relax as soon as they returned home. Cylindrical headrests and armrests, rectangular back pillows and a soft cushion ensure physical comfort, while visual tranquility is achieved by the simple yet considered design of this daybed. 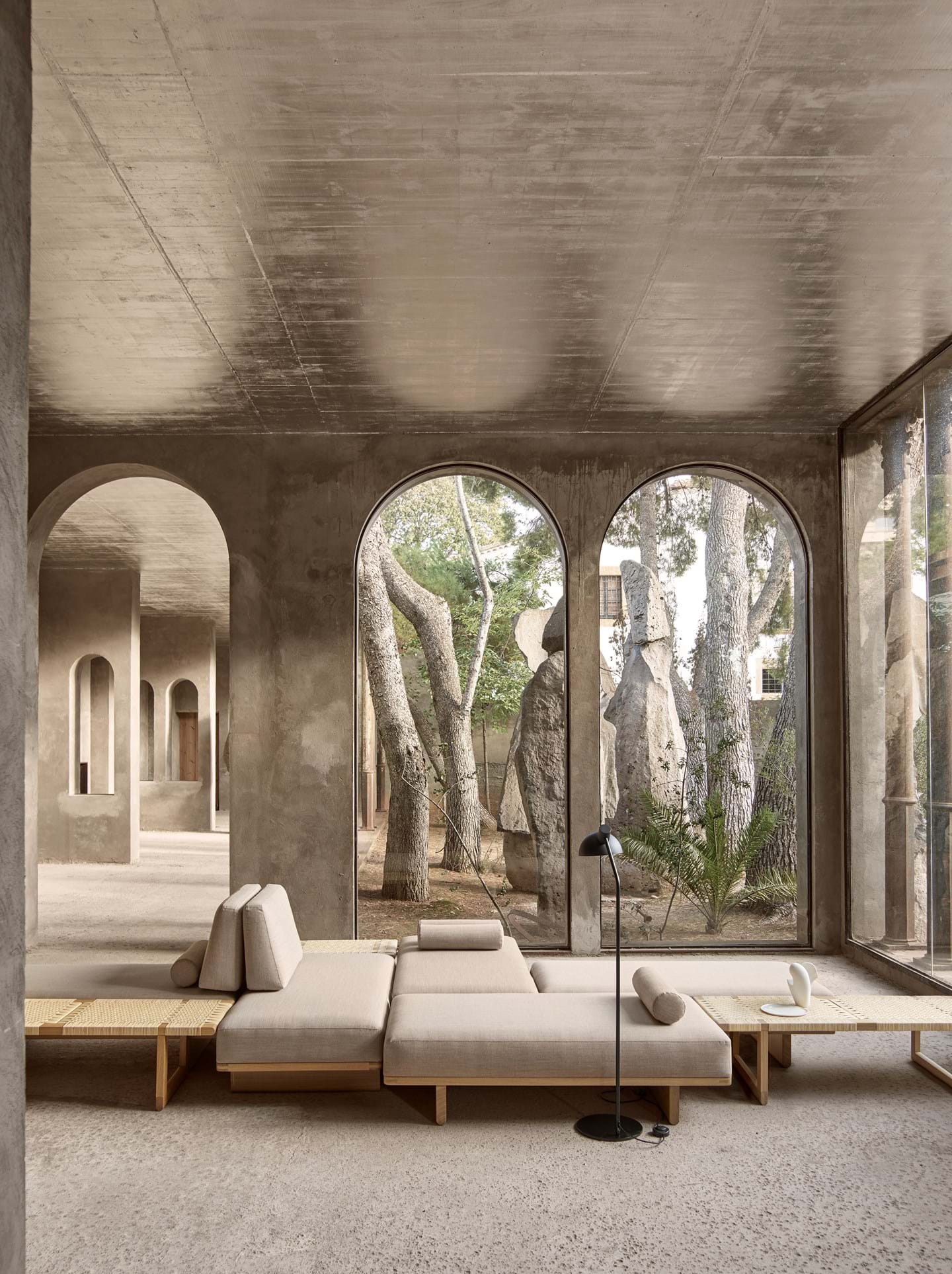 Knud Erik Hansen, CEO of Carl Hansen & Son, acknowledges the need for such a piece:
“A good resting spot is always needed. It is now and will continue to be into the future – in fact it will only
become more and more necessary for us to have a spot we can call our own, where we can relax and
pull back from a hectic day or week,” he says. 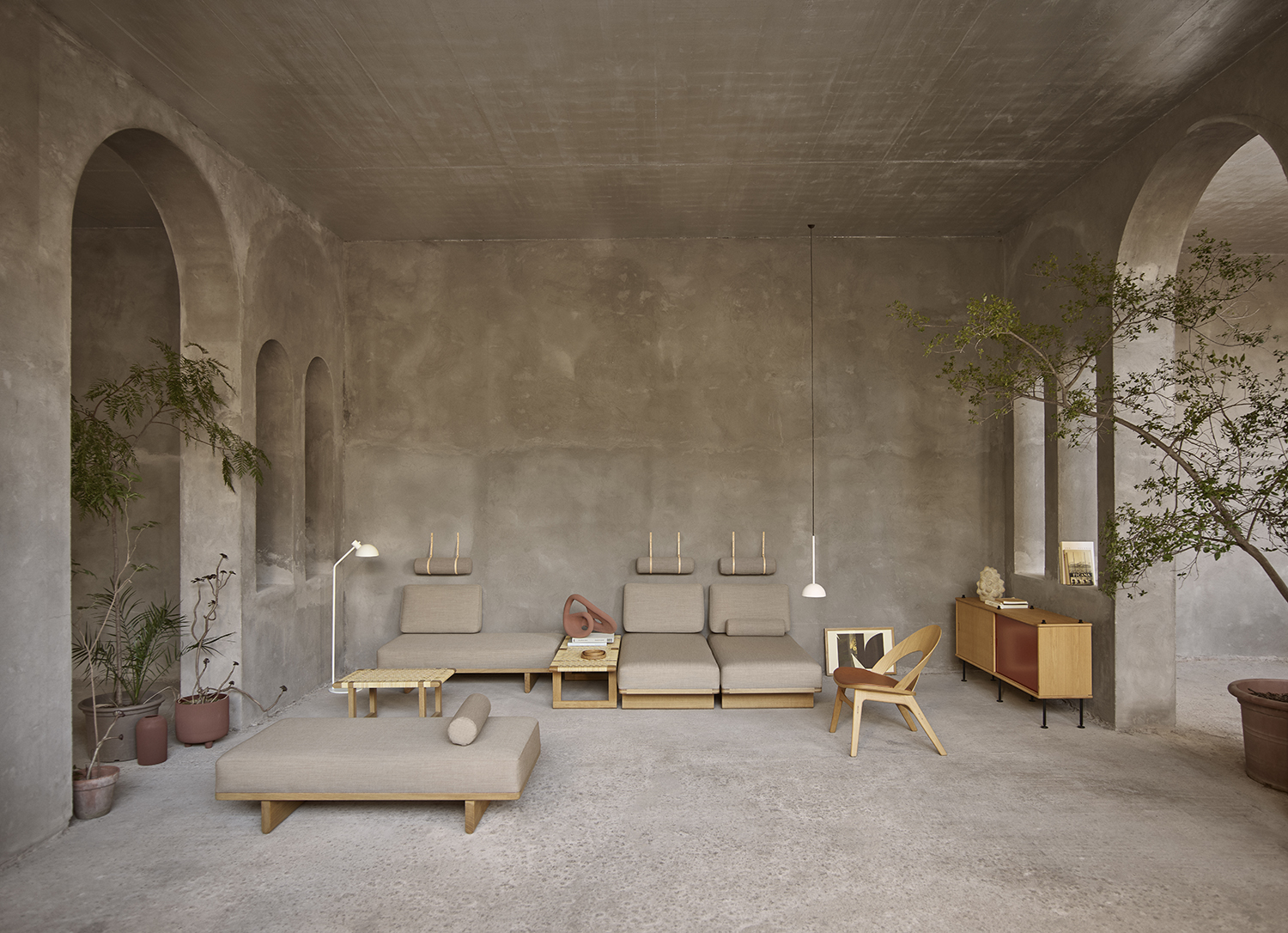 Originally created in dialogue with the BM0488 Table Bench whose woven tabletop is designed to be at
the same level as the soft surface of its cushions, the daybed forms part of Mogensen’s ‘building
furniture’ concept, through which he designed enduring furniture that could be added to and adapted
over time in response to changing needs and living situations. This way of thinking is evident in the BM0865 Daybed’s ability to stand alone or to grouped together forming larger pieces, as well as its equal
suitability for lounge and bedroom.
Mogensen continued to develop the design after 1958, so the design exists in different expressions and
iterations. Carl Hansen & Son has chosen to focus on its versatility, creating this definitive and
multifunctional version in close collaboration with Mogensen’s sons, who run his studio today. 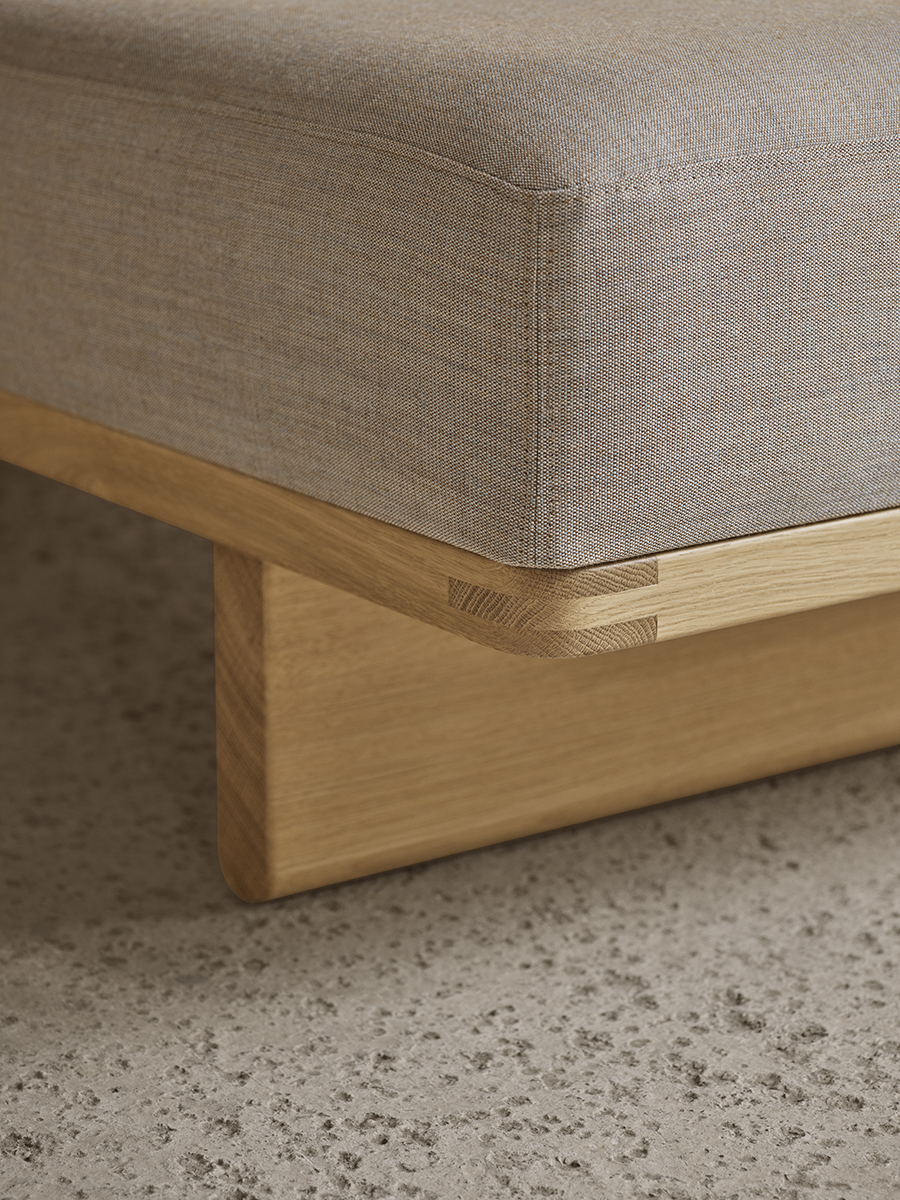 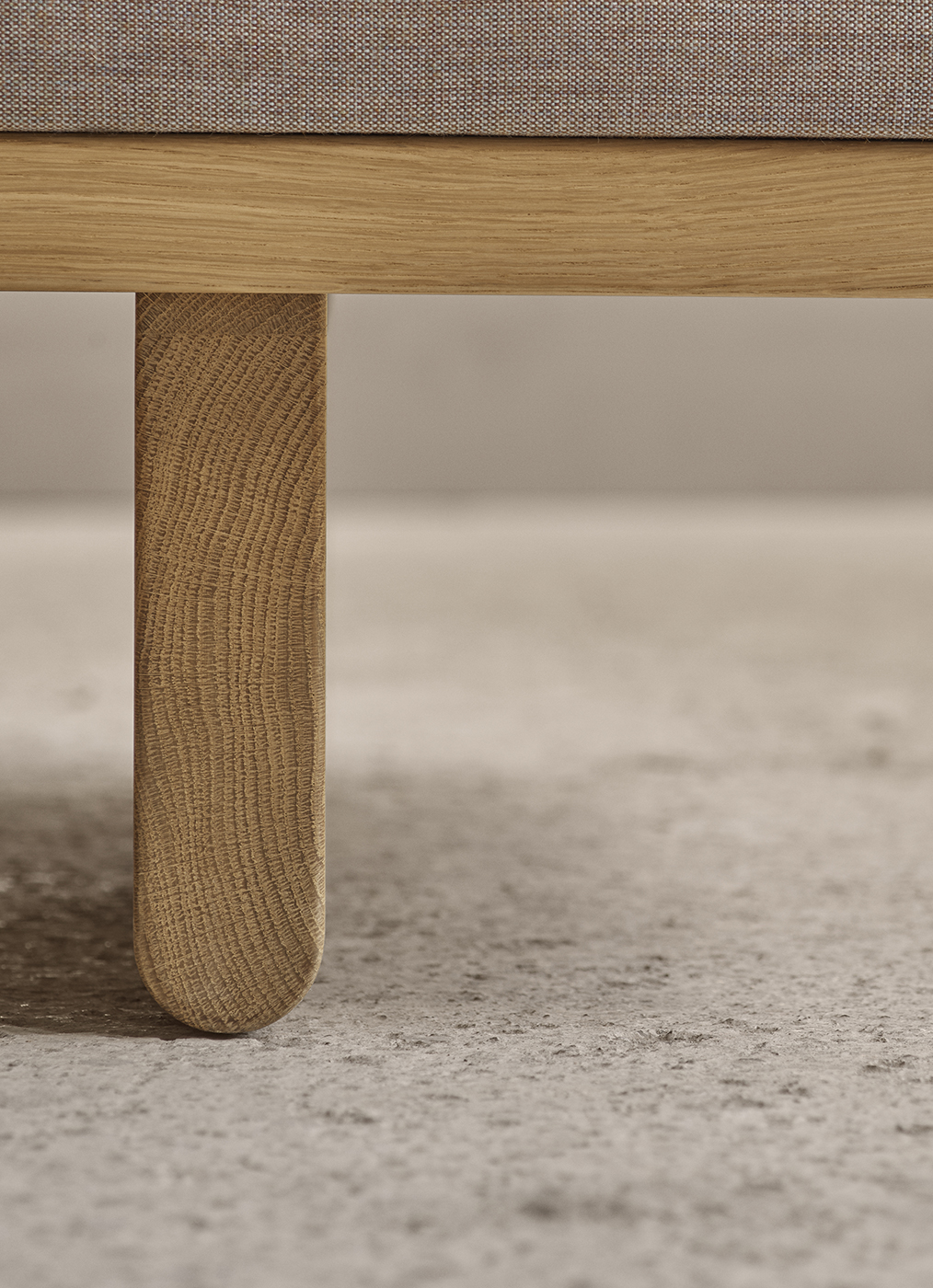 The football sofa
Known as ‘the people’s designer’, it is perhaps no surprise that Mogensen was a passionate soccer fan.
Consequently, to demonstrate the capacity of the BM0865 Daybed, it was photographed with an entire
team of young soccer players, sitting and kneeling along the length of its distinctive checked cushions,
passing a ball between them. The photograph earned the daybed the nickname ‘the football sofa’ after
the British word for soccer.
Like many of Mogensen’s designs, the BM0865 Daybed is crafted in solid oak, and in this case, it uses
‘heartwood’, the dense and flawless inner portion of the trunks. The elegant cabinetry joints, elongated
legs and robust construction pay respect to the heritage of these magnificent trees and are typical of
Mogensen’s considered craftsmanship and attention to detail. 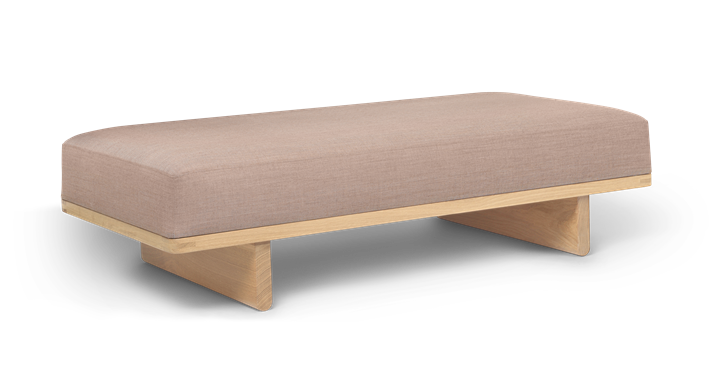 “Børge Mogensen’s daybed is an amazing example of the architect’s free way of thinking and his
perception of the optimal furniture piece for relaxation. Its classic, rounded and calm lines fit perfectly
into the Carl Hansen & Son family. I have no doubt that it will become a popular place to gather – a
friendly fight for the best spots might even break out!” says Knud Erik Hansen.

The BM0865 Daybed is proudly presented alongside the BM0488 Table Bench, also by Mogensen and
part of his ‘building furniture’ system – developed in the early part of his career.