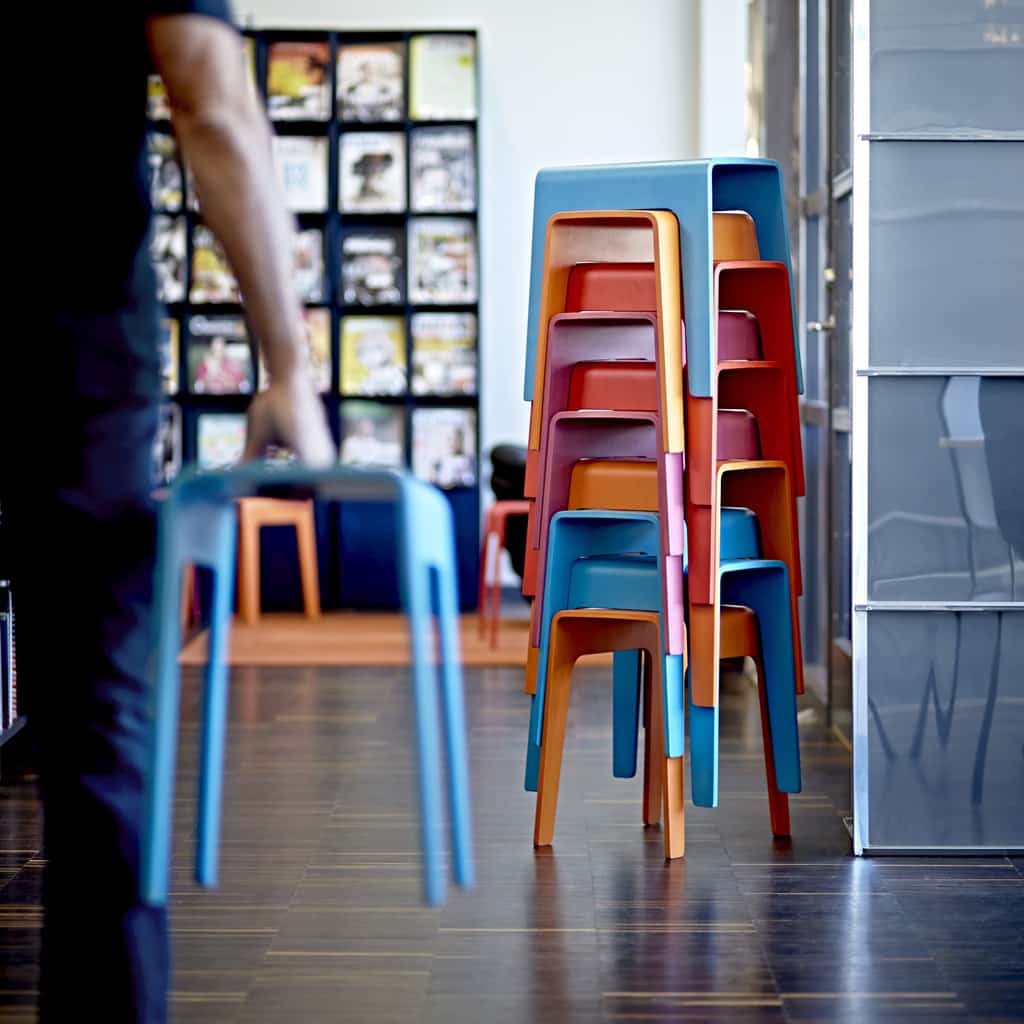 Launched in 1994 Bimbo was directly awarded with the Forsnäs Prize and is now is turning 25 in 2019. Since the launch, Bimbo has received several awards, among them the Golden Chair as Best Classic in 2005, then only 11 years old. Bimbo is just as popular now as it was when it was launched, a true classic now being celebrated with new walnut and ash veneer surfaces. The original is made of compression-moulded birch wood with a birch or oak veneer finish. The cut-out on the seat makes it easy to move Bimbo around and use wherever it is needed, for sitting or reaching awkward places. Its graphic form can be stacked seamlessly to create a beautiful tower in the room where it is being stored. 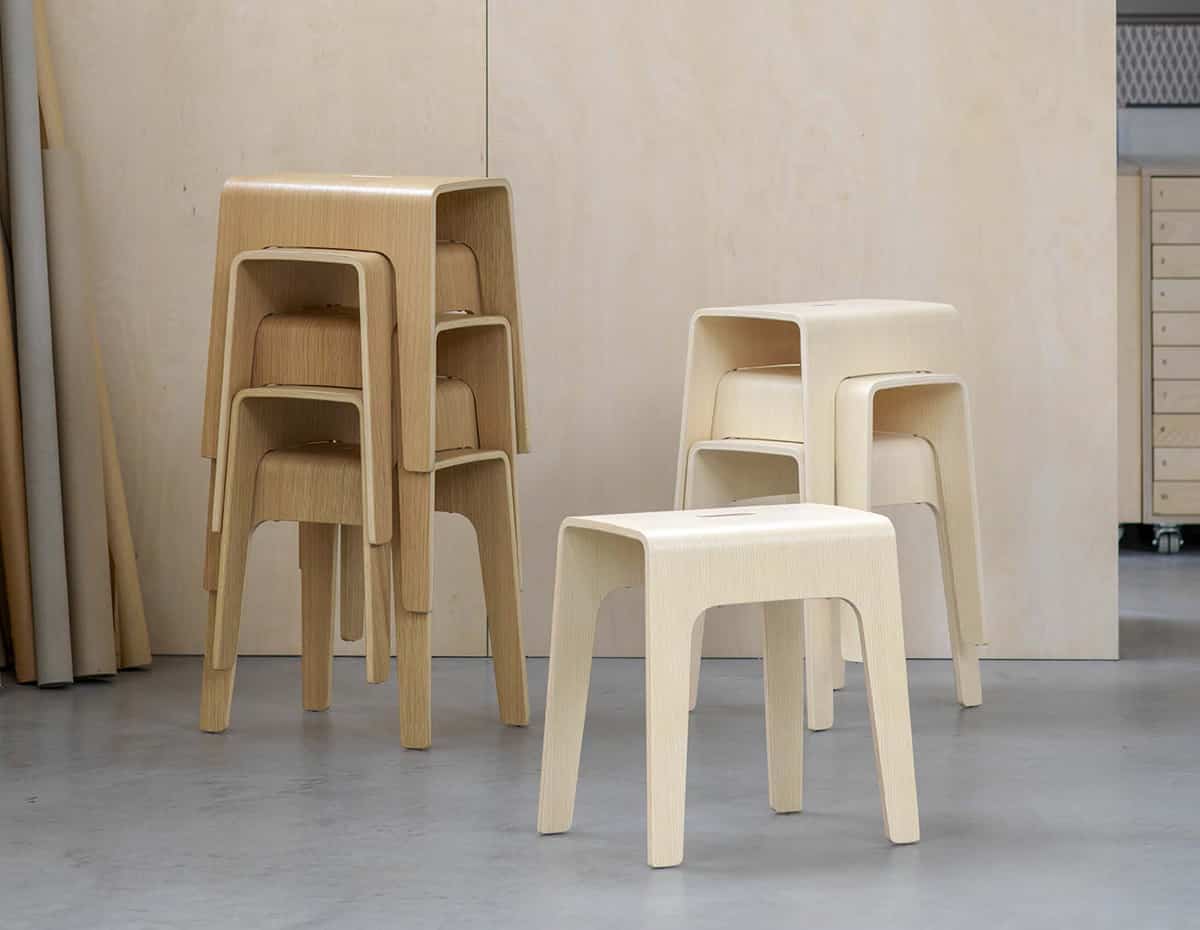 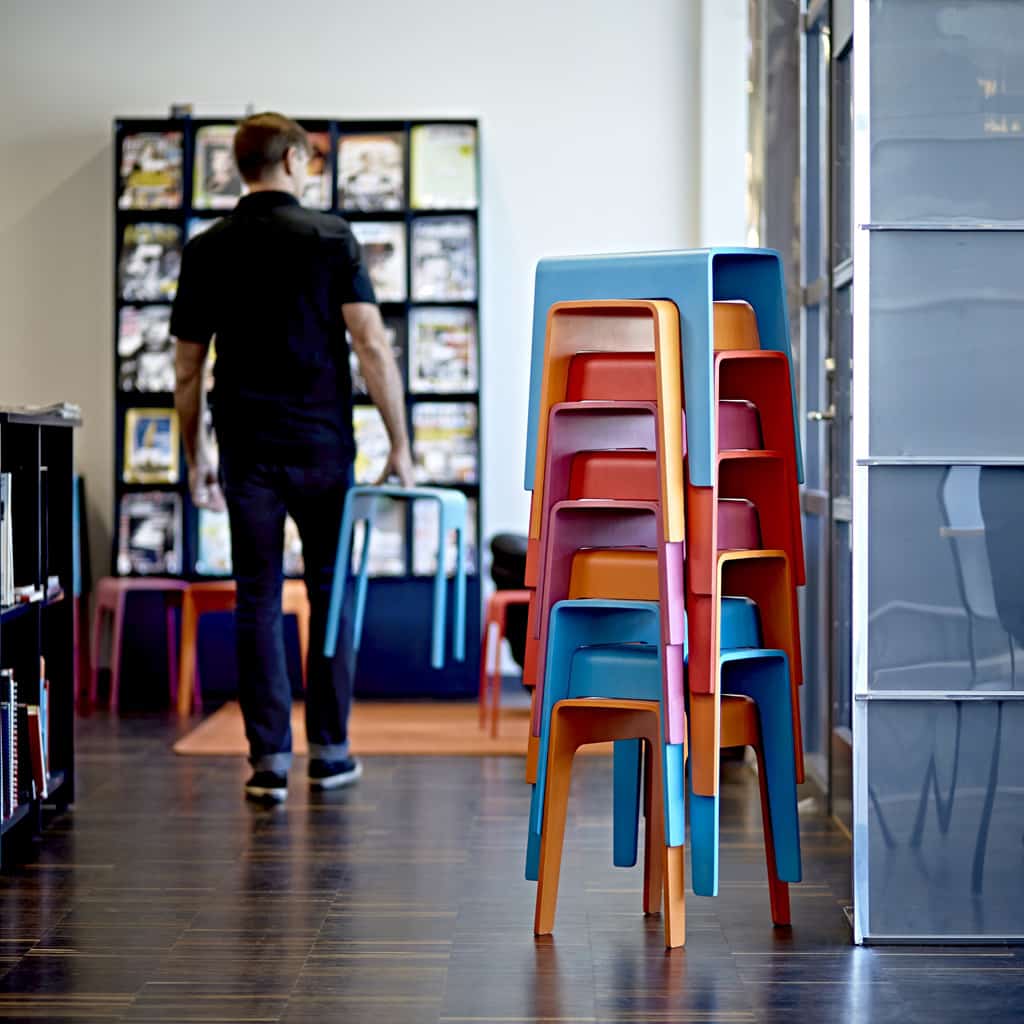 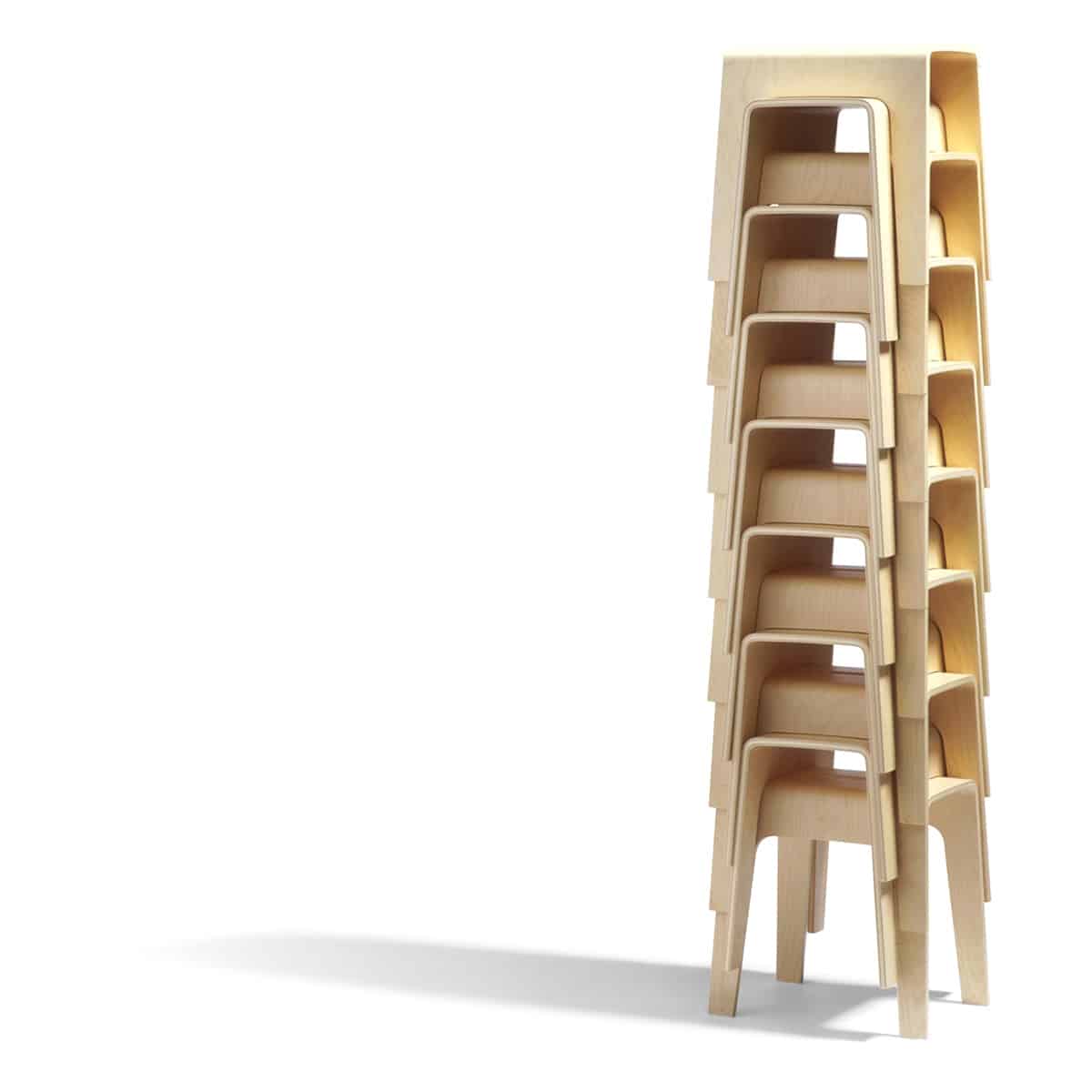 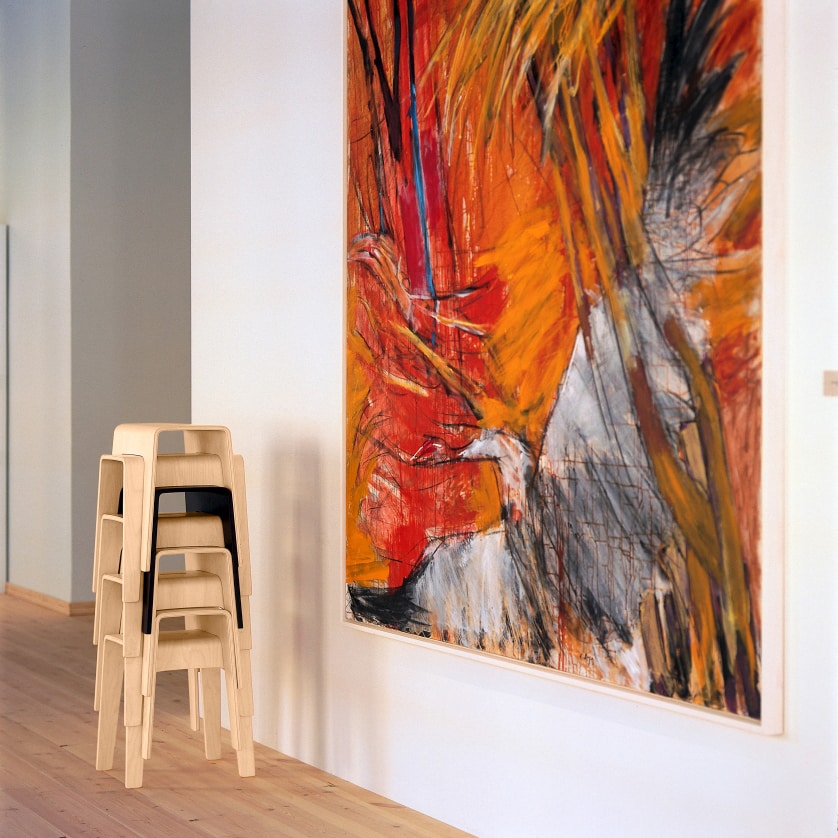 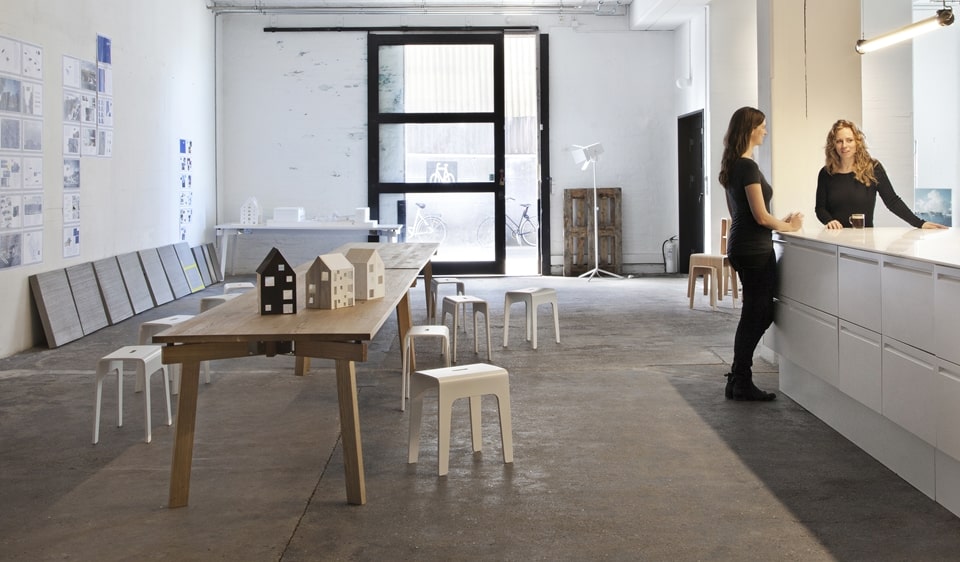