The Atlas furniture collection, designed by Claesson Koivisto Rune as part of their interior design for the recently-opened Portal Bar, in Stockholm, has been put into production with Swedish manufacturer Swedese. 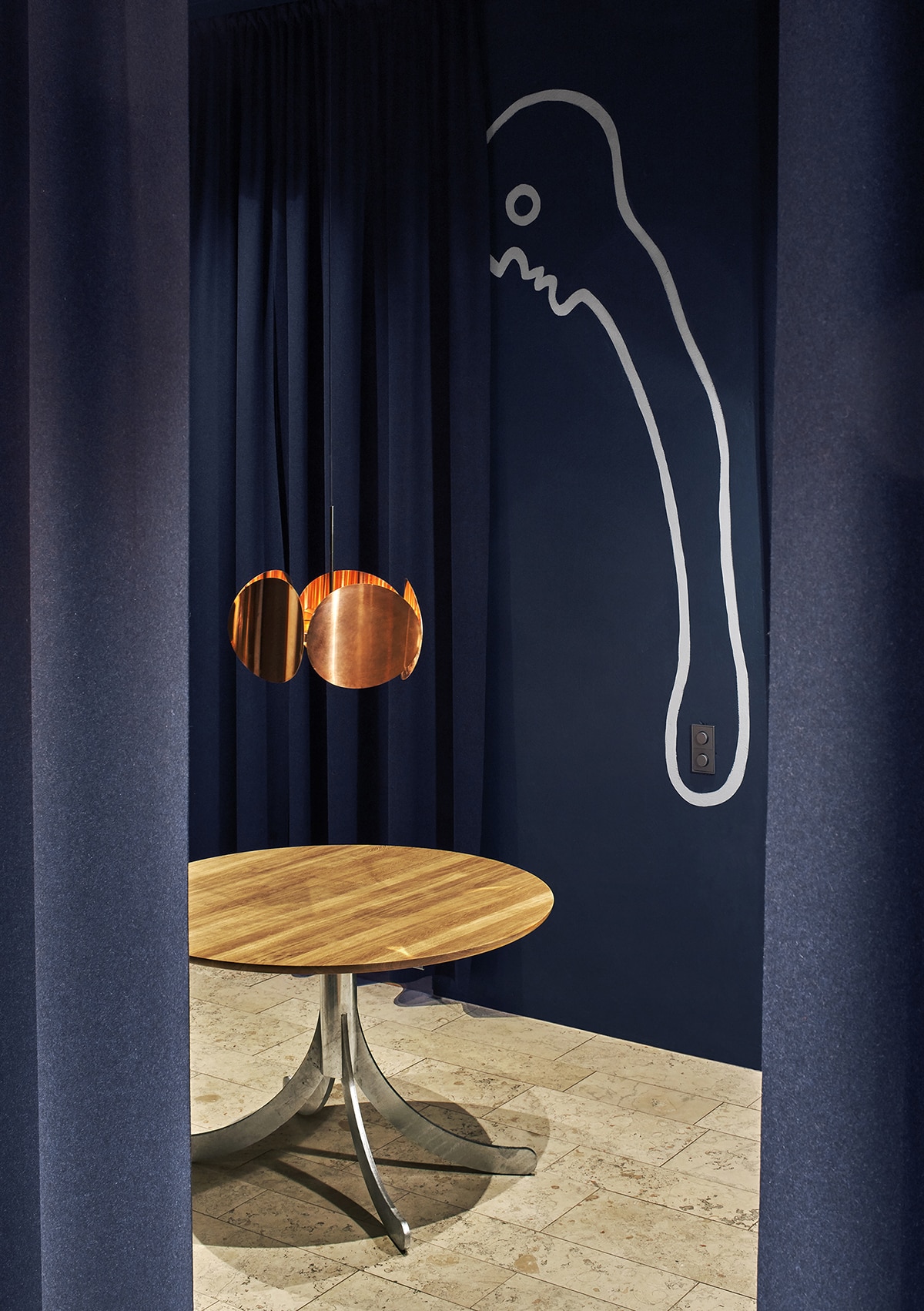 Atlas was conceived as a custom-designed table for Portal Bar in Stockholm, as part of the commission for the architecture of this restaurant/bar by Claesson Koivisto Rune Architects in 2018. The name comes from the Atlas district in Stockholm, the gateway of which is where the Portal bar lies.

The original tables were made from Swedish oak and galvanized steel, to allow them to work both indoors and outdoors for the open-air café. The table then developed into a series of different table configurations, stools, benches and clothes hangers.

Beyond the obvious robustness to withstand the harshest handling, the surprisingly graceful design feature is the ‘dancing’ arch, finishing the legs.

“I think that the curved line makes Atlas somewhat joyous and romantic in all its stern serenity”, says Eero Koivisto, one of the founders of Claesson Koivisto Rune.

“It reminds me of 19th century Shaker furniture, but strongly stylized,” adds Ola Rune, another of the Claesson Koivisto Rune principals.

Because the design feature resides in a detail – the ‘dancing’ foot – the personality of the design remains intact in a variety of colours, surface treatments, materials, sizes and tabletop shapes. Atlas has been designed to be similarly versatile in its context – it settles equally as well in the home as in the contract, public environment. 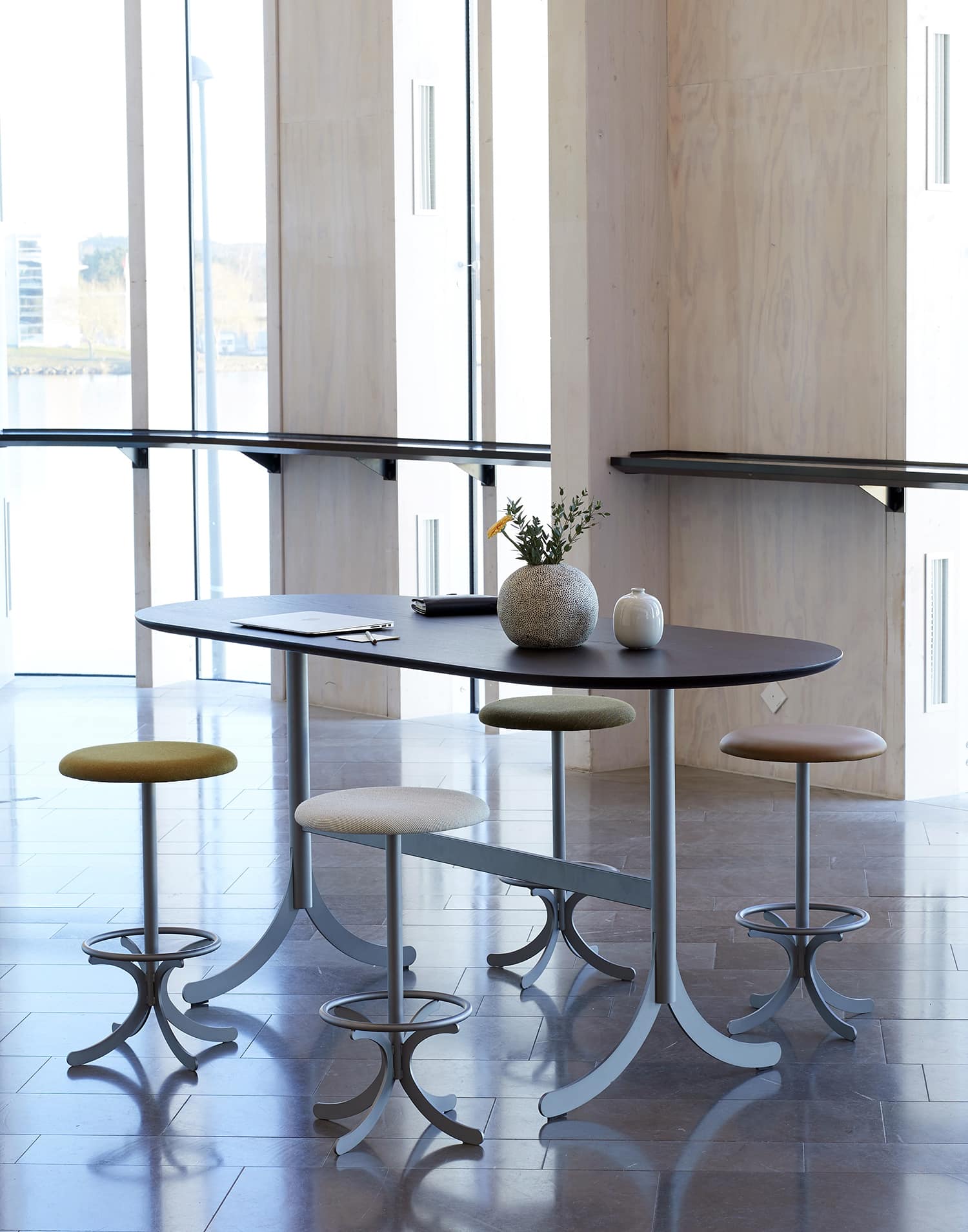 Claesson Koivisto Rune is a Swedish architectural partnership, founded in Stockholm, in 1995, by Mårten Claesson, Eero Koivisto and Ola Rune. Beginning as an architectural firm, it has since become an internationally acclaimed, multi-disciplinary office with an equal emphasis on both architecture and design.

As the first Swedish office to have exhibited in the international section at the Venice Architecture Biennale, in 2004, they are also responsible for a wide range of award-winning projects such as Villa Terminus, Zander K and Bergen Børs hotels in Bergen, Norway, Inde/Jacobs gallery building in Marfa, Texas, Sfera Building culture house in Kyoto, the Tind Prefab house collection for Fiskarhedenvillan, Widlund House private villa on Öland, Örsta Gallery building in Kumla, Nobis Hotel and Hotel Skeppsholmen in Stockholm.

Claesson Koivisto Rune has received an array of international awards and recognitions, amongst them ten American Good Design Awards 2009 – 18, the Designpreis Deutschland (Gold and Silver) 2011 by the Federal Republic of Germany, Designer of the Year 2011 and Furniture of the Year 2012 by Elle Deco Sweden, both Designer of the Year and Best Seating 2014 by Elle Decor Italia, and the Red Dot Design Award – Best of the Best 2014, making them the first office to hold the prestigious Red Dot in five different product categories, architecture included. In 2015, they also received the prestigious Bruno Mathsson award, the highest honour in furniture design in Sweden and the Scandinavian region. 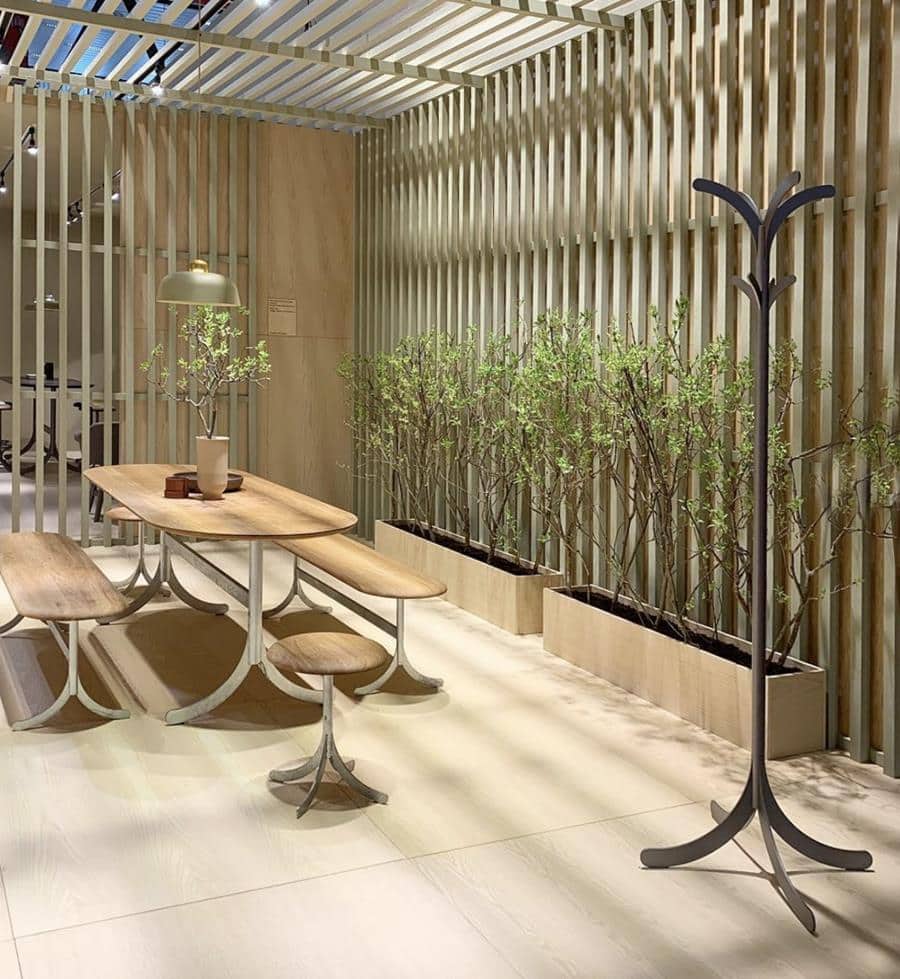