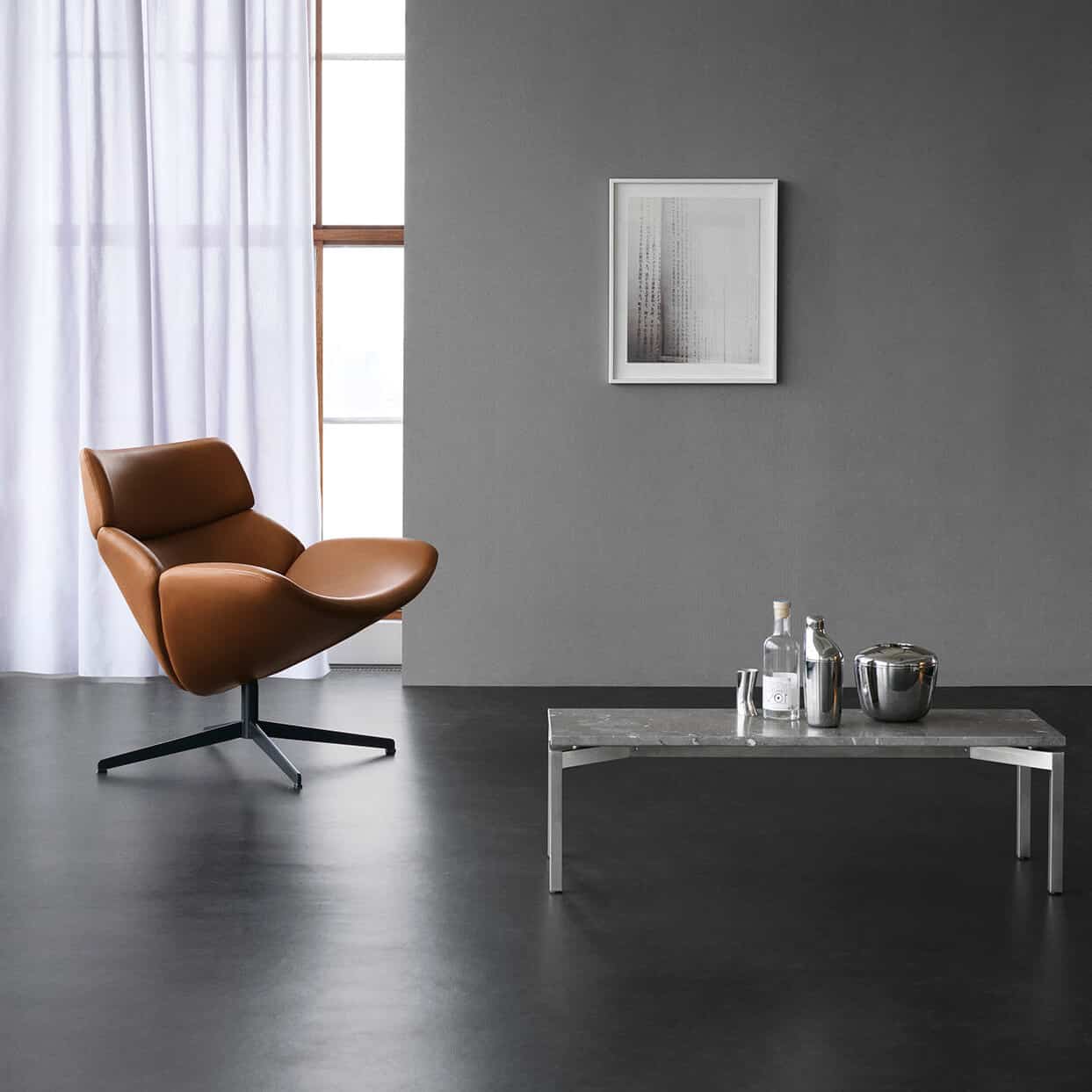 With a great understanding and emphasis on the design history of Erik Jørgensen Møbelfabrik and the techniques behind our classics, French designer Patrick Norguet explored how to make the next classic.

The name for the chair came from Patrick Norguet’s love for the small Danish Island Askø, which for him was the perfect connection between Danish history and design. It also sounded great in French, which is why it is spelled the French way: ASKO. Patrick Norguet’s idea was clear from the beginning; the design of the new chair should be generous with rounded shapes distinguishing Erik Jørgensen’s vast knowledge of upholstery. ‘In this first collaboration with Joergensen, the idea, from the beginning, was to design a collection of iconic products in keeping with the brand’s distinguishing attributes: generous and rounded shapes and materials, in this case, leather’ says Patrick Norguet. The chair has beautiful rounded shapes and at the same time it has a daring edge that show a new side of Erik Jørgensen Møbelfabrik. ‘Asko is a contemporary reinterpretation of an emblematic brand where quality crasmanship meets modernity’ explains Norguet.

The chair is made of a metal frame and rounded shells, which are then upholstered in either leather or fabric. It rests on an elegant metal base and features a swivel function. The first model of the chair has a low back and a very casual look, a second version will follow with a headrest that adds extra comfort. ‘We worked on an assemblage of cushions and volume to create Asko, a sculptural and generously-sized armchair whose sensuous body rests on a metal base’ says Patrick Norguet.

At 43, the French designer has worked with various brands that dier from Cappellini to MacDonalds. His most well-known piece is the Rainbow chair for Cappellini, which is on display at the MOMA museum in New York. Patrick Norguet studied design at ENSCI – Les Ateliers in Paris, aer which he worked for Louis Vuitton where he oversaw all their visual communication. In 2002, he started his own design studio. His designs are a synthesis of French elegance and Nordic minimalism.
He has received multiple awards, among others the Red Dot Design Award 2016, GQ Designer of the Year 2014 and Wallpaper* Design Award 2013.