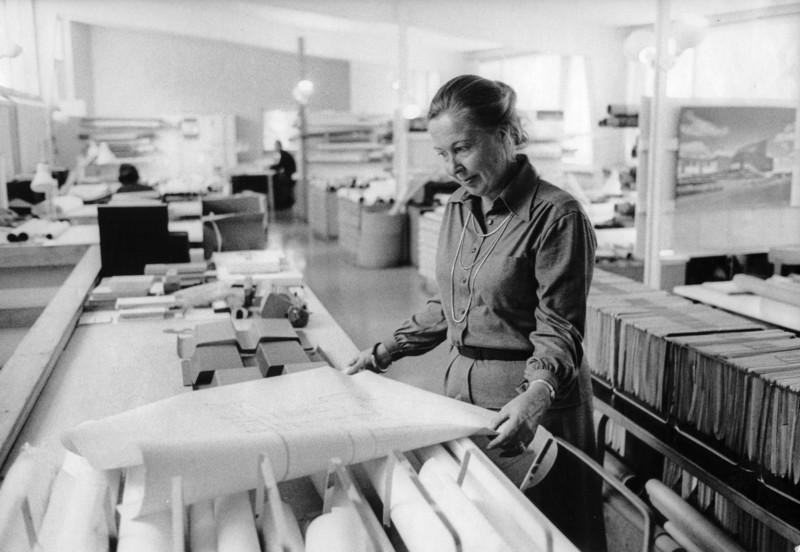 This year marks the centenary of the birth of Alvar Aalto’s second architect wife, Elissa Aalto. The Alvar Aalto Foundation is continuing its ongoing celebrations this summer with the launch of a new Elissa Aalto 100 product series featuring photographs and sketches of Elissa’s life and career. 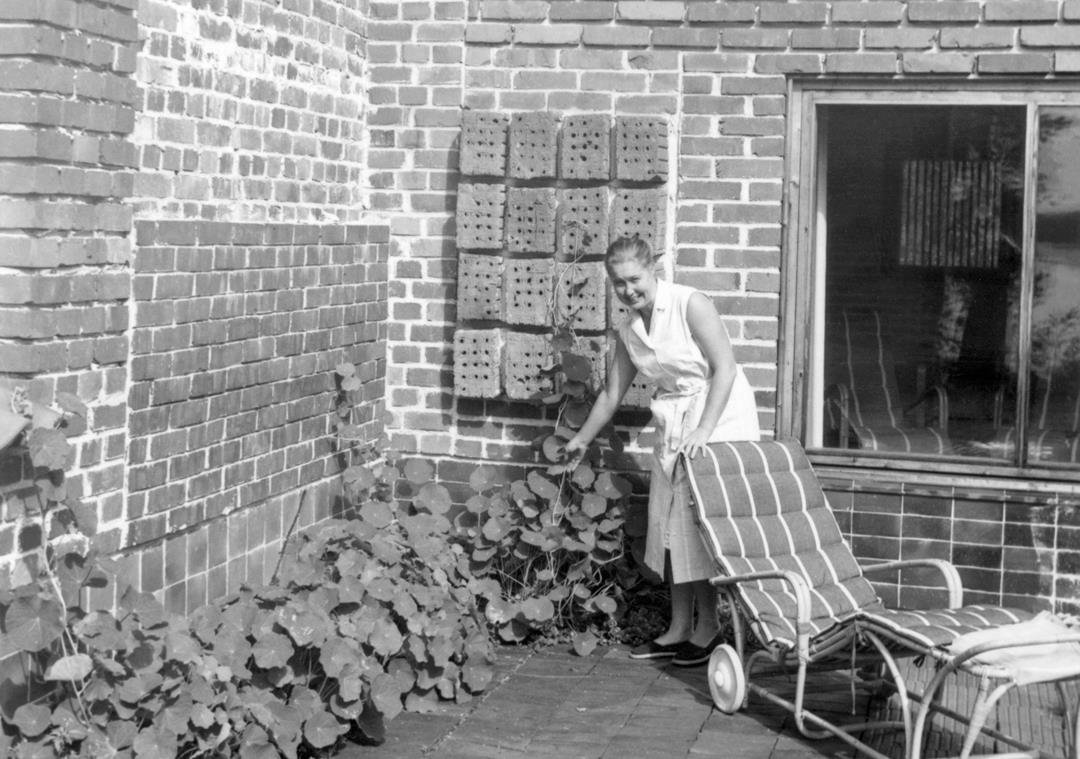 Life and career of the architect can be seen with guided tours in English in three Alvar Aalto Foundation sites. Guided tours of the Muuratsalo Experimental House (1952–54) take an intimate look at the summers spent by Elissa and Alvar at their island villa on Lake Päijänne in Central Finland. The nearby Säynätsalo Town Hall (1949–52) is hosting a tour in Finnish sharing insights into the role played in the birth of this landmark by two strong women, Elissa Aalto and the interior architect Maija Heikinheimo. Elissa was responsible for overseeing the construction site, while Maija Heikinheimo supervised the creation of the interiors.

Special tours of Studio Aalto (1954–55, 1962–63) in Helsinki take a closer look at Elissa’s role in the architectural practice, where she worked alongside her husband from 1949 to 1976. After Alvar Aalto’s death, Elissa Aalto took over as director until 1994. A photographic chronicle of key stages in her life and career is presented in the mini-exhibition Architect Elissa Aalto.

The new Elissa Aalto 100 product series comprises a notebook, postcard series, poster and towel. A photograph of Elissa and Alvar Aalto at Maison Louis Carré in France decorates the cover of the thread-bound notebook. The 16-part postcard series is attractively packaged in an elegant cardboard box, highlighting a selection of photographs of Elissa and Alvar Aalto working, relaxing and travelling together. The centenary poster features Elissa Aalto’s profile drawn by the enamoured Alvar Aalto in the margins of his competition sketches for Kuopio Theatre in 1951. The pattern on the high-quality towel by Lapuan Kankurit was designed by Elissa Aalto. 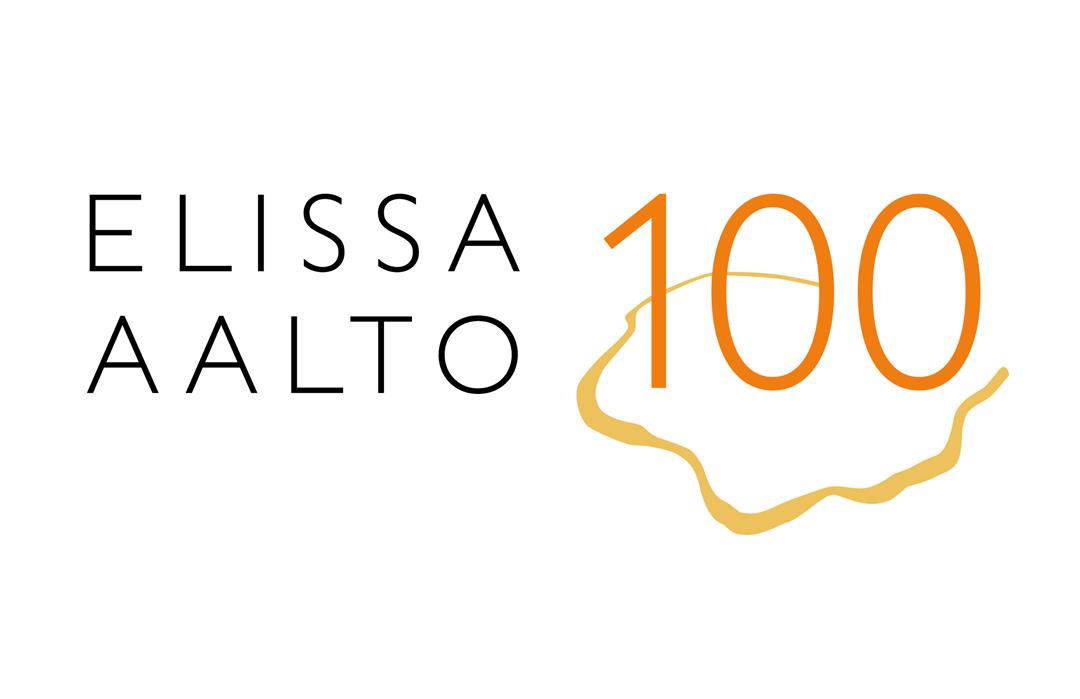 Elissa Aalto (née Elsa Mäkiniemi) joined Aalto’s office the year she graduated as an architect, 1949. She came to play an important role in many key projects from the 1950s onwards, when Aalto’s office worked on numerous architectural competitions and major public commissions both in Finland and abroad. After Alvar Aalto’s death, Elissa Aalto took over as director from 1976 to 1994 and oversaw the completion of many of Aalto’s unfinished projects. Elissa Aalto played an instrumental role starting up the Alvar Aalto Foundation, which is tasked with the upkeep of Aalto’s architectural legacy. 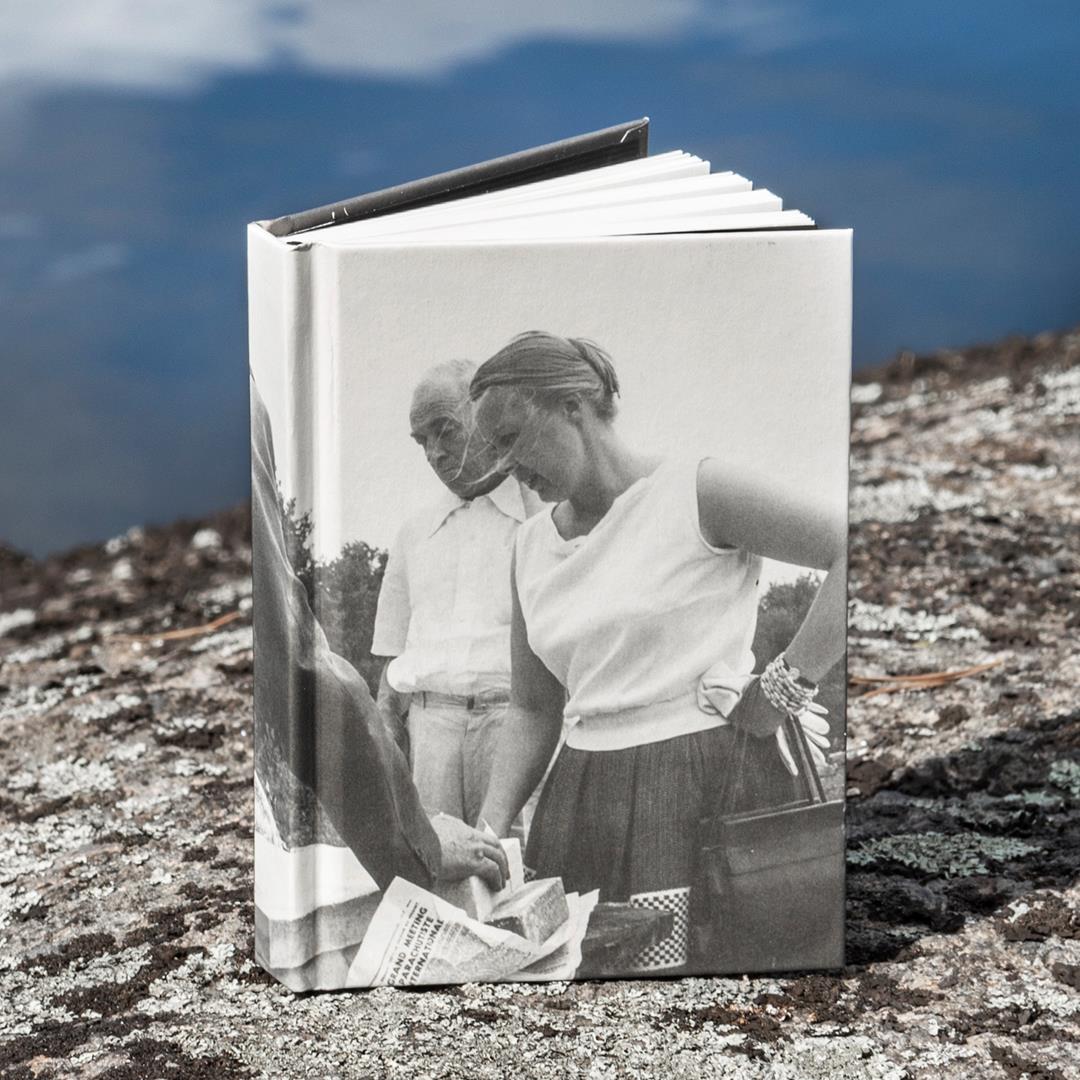