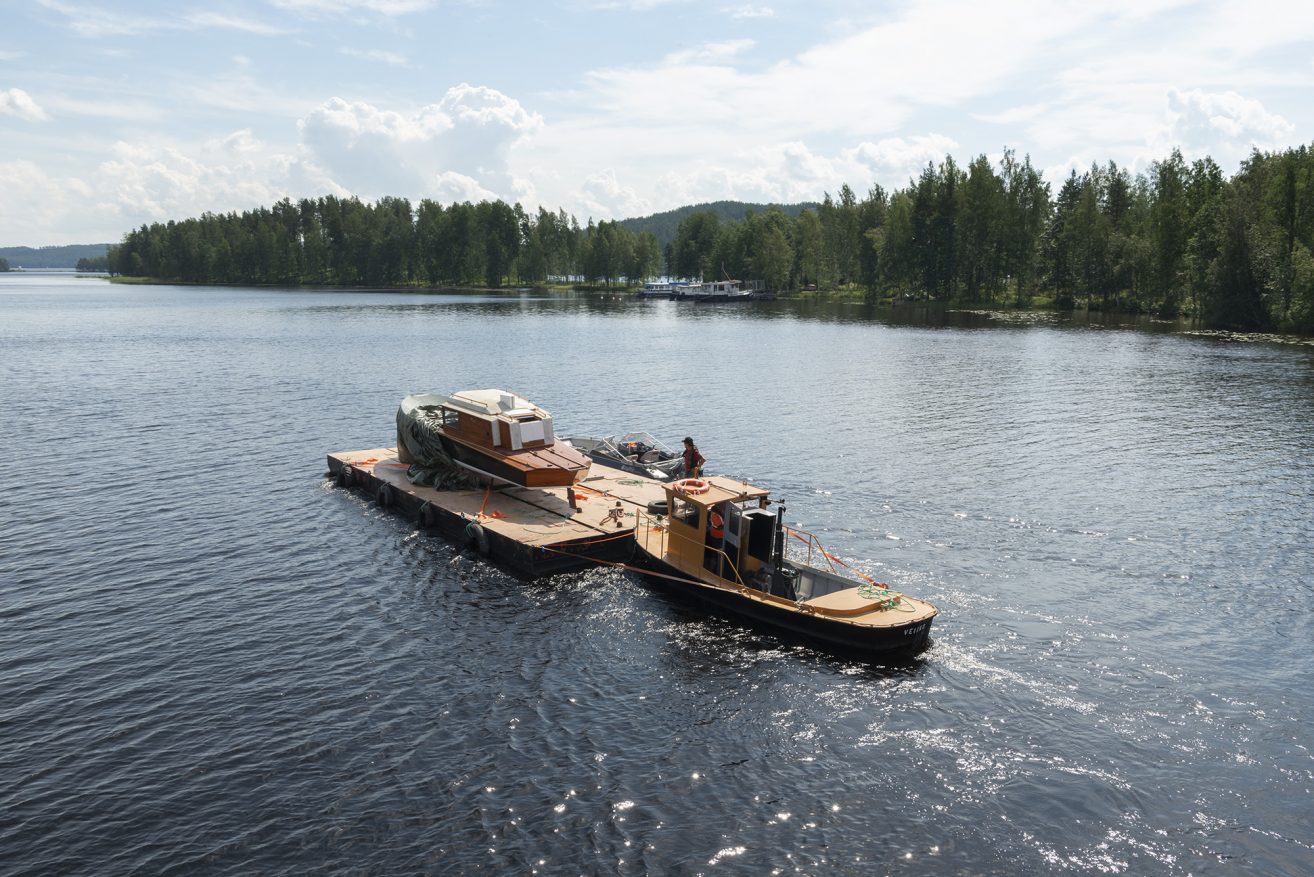 Nemo propheta in patria, the motorboat that Alvar Aalto designed for himself in the 1950s, has been moved for conservation. Transportation of the boat, which belongs to the Alvar Aalto Foundation’s object collection, from Muuratsalo Island was scheduled for the summer to make the journey as easy and safe as possible, with part of it by water. The boat will be renovated during winter 2021–22 in the former plywood mill in Säynätsalo.

Aalto designed the boat as a way of getting to and from his summer residence, the Muuratsalo Experimental House (1952–54) in Säynätsalo, which could not be reached by road when the house was built. The architect threw himself into the task with fervour, and the result was a wooden boat about 10 metres long and 2.5 metres wide, powered by a 96hp American petrol motor. It was built in Säynätsalo in 1954–55 by the local boatwright Lauri Kosola and carpenter Väinö Jokinen.

The vessel was in frequent use by Alvar and Elissa Aalto when they spent their summers on the island in Lake Päijänne in 1955–1976. The architect couple took Nemo propheta in patria (no one is a prophet in his own land) to do their shopping and to transport summer guests, with Elissa Aalto often seen at the wheel of the boat. In the 1980–90s, the boat was kept in the harbour on Juurikkasaari Island in Säynätsalo, until it was decided to site it on the shore by the Muuratsalo Experimental House, which was opening to the public as a museum. In 1996, an international competition open to architecture students was held for the design of a boathouse, and a boat shelter by the Danes Anne-Mette Krolmark and Claudia Schulz fitting the proposal was completed in 1999. The design idea was that a shed built of widely spaced larch slats would turn grey beautifully with time and protect the boat, while allowing it to be viewed from outside the boathouse.

The boat has been renovated over the decades and its external surfaces were conserved in 2014. Now, it is the turn of the interiors to undergo repair, which like the previous conservation work is being done by the carpenter Jarmo Heikkilä.

“Following the renovation work, it is essential to ensure that the storage conditions for the biggest object in the Alvar Aalto Foundation’s design collection are fit for a museum object, and that the preservation of this boat and its place in cultural history can be assured. The boat will get a new location at Satamakärki in Jyväskylä in 2022, when it will be installed in one of the Harbour area’s new Koppeli buildings, which are still being planned. The new location means the boat will be viewable by a larger public,” says Alvar Aalto Foundation CEO Tommi Lindh. 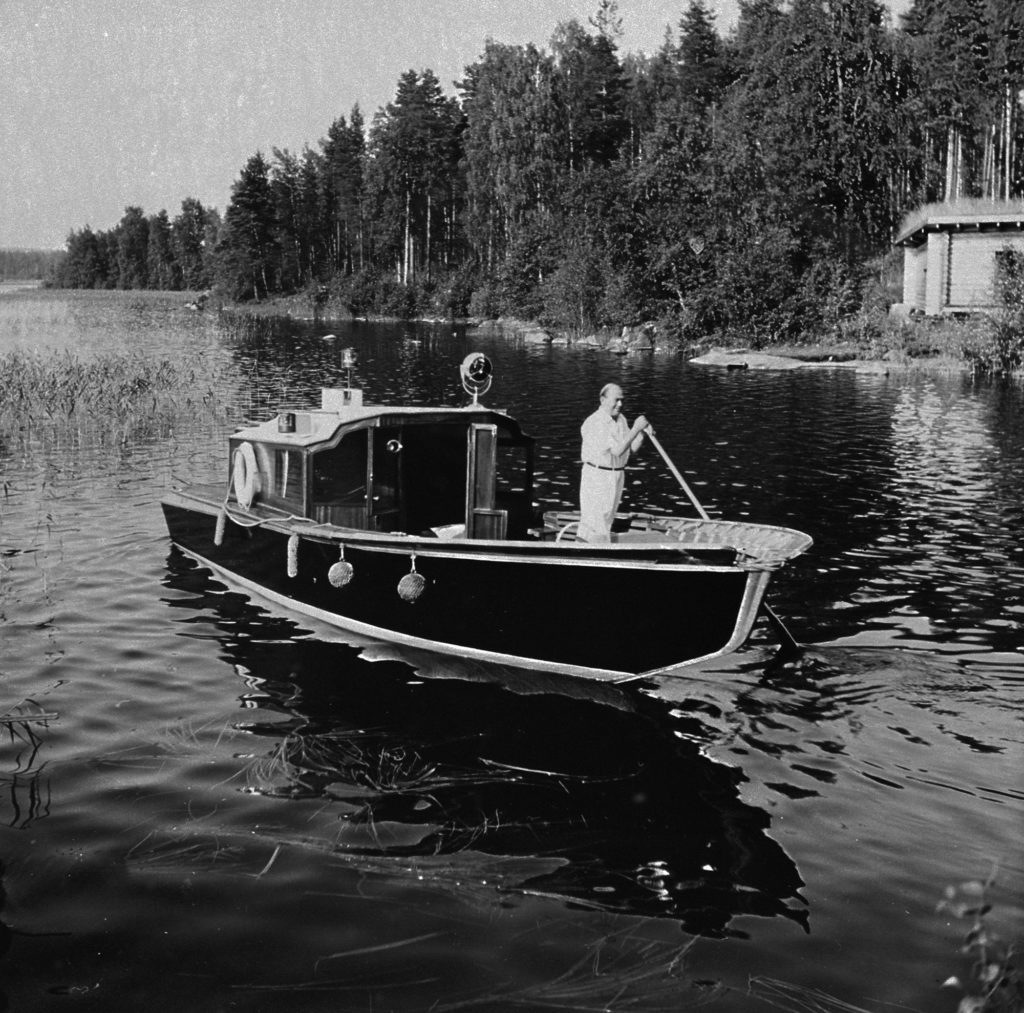 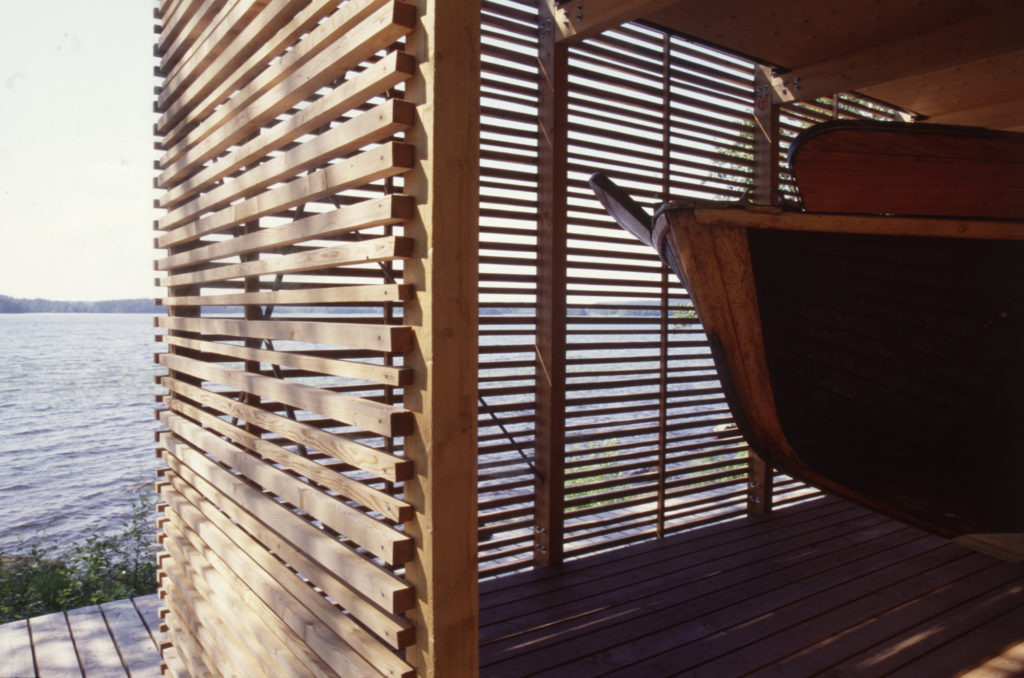 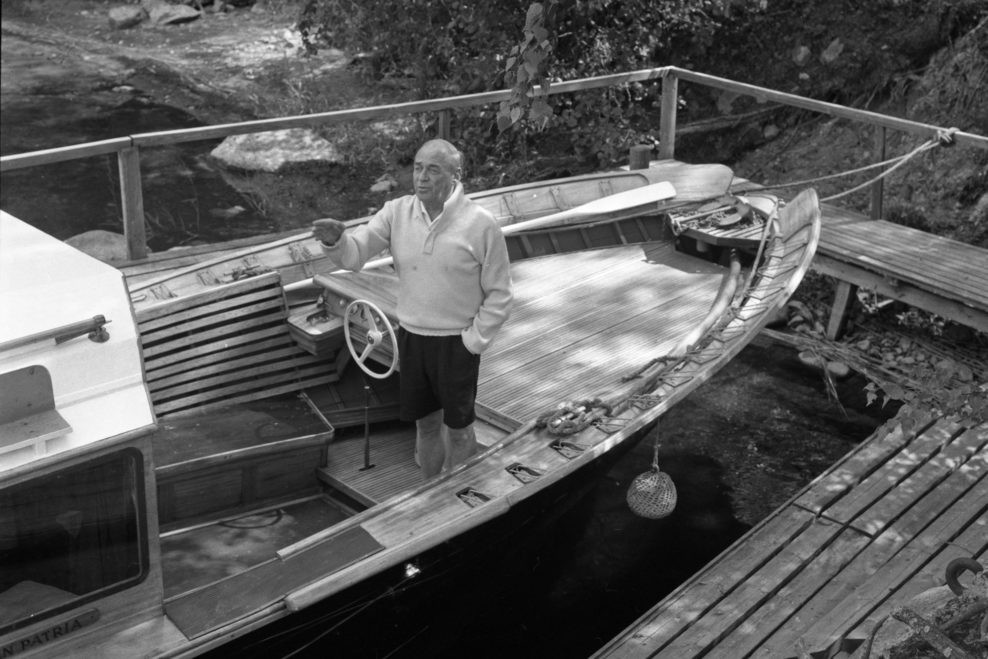 Alvar Aalto and the boat “Nemo Propheta in Patria” in the shore of Muuratsalo Experimental House.
Photo: Alvar Aalto Museum.