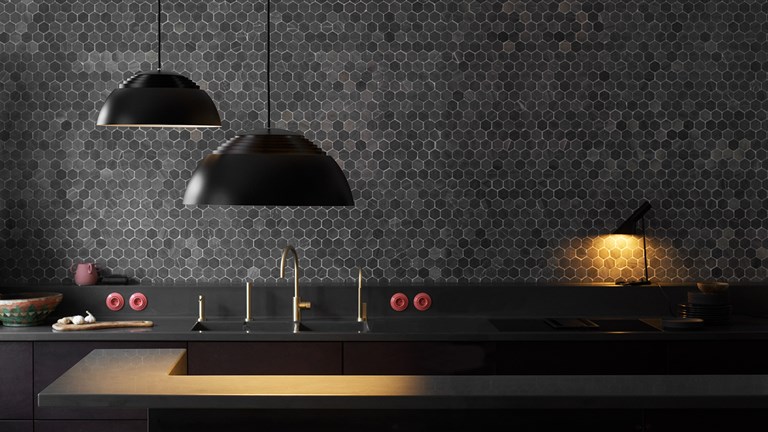 Louis Poulsen is reintroducing the original AJ Table Mini and the AJ Royal in 2020 to celebrate the 60th anniversary of the opening of the SAS Royal Hotel in Copenhagen (Radisson Collection). Furthermore, all versions of the AJ Lamp are being re-launched in stainless steel, which reflects their surroundings in the spirit of Arne Jacobsen and emphasises the minimalist and distinctive shape design, as well as impeccable illumination. In addition, three new special edition colours only available in 2020; Original Grey, Pale Rose and Ultra Blue. 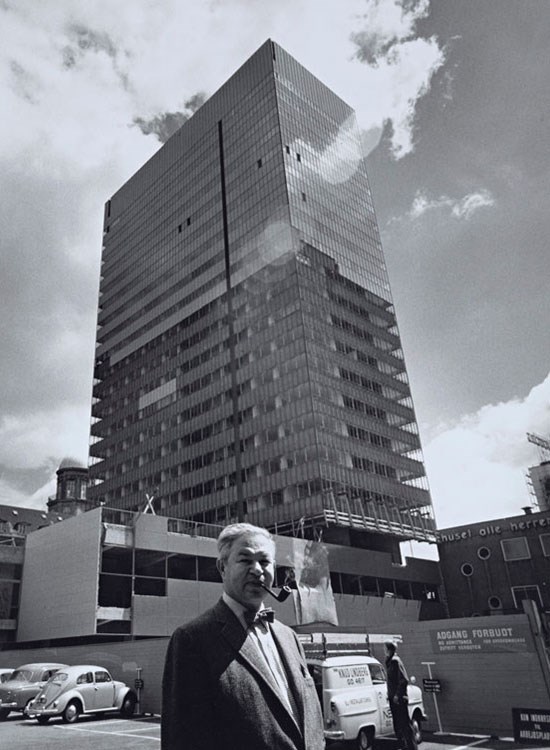 Arne Jacobsen designed the AJ Lamp for the SAS Royal Hotel in 1957. Today, the series is regarded as the design that the Danish architect is best known for all over the world. In combination with the pendant AJ Royal, the AJ Lamp formed part of the overall design concept that Jacobsen created for the hotel. 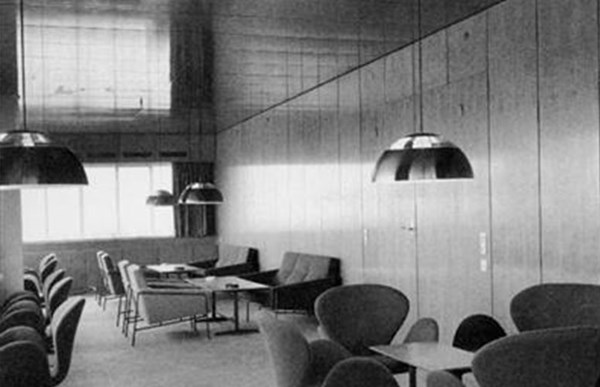 The AJ Lamp was used in several parts of the hotel, in copper and stainless steel. The AJ Royal, which at the time was simply called the AJ Pendant, could be found in a copper version above the tables in the snack bar behind the atrium, in the lounge on the 1st floor and in the Panorama Lounge on the 21st floor. The hotel opened in 1960 and with 22 floors it gave Copenhagen its first real high-rise building, clearly inspired by New York skyscrapers. 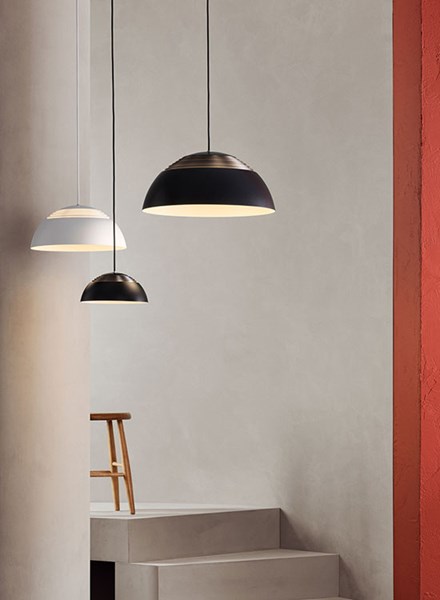 The AJ Royal is available in white, in its two original sizes. A new, smaller version will be introduced in 2020 as well, just as the series will be reintroduced in black. The AJ Royal retains its classic, graphic look as sharply as ever – irrespective of whether it lights up a dining table, is used in an office, or a showroom, where it ensures even and flawless downward lighting and generates an ambience in any space with its muted upward light. In the new, energy-saving LED version all three sizes of pendants come with a diffusor that offers smoother, 100% glare-free lighting. 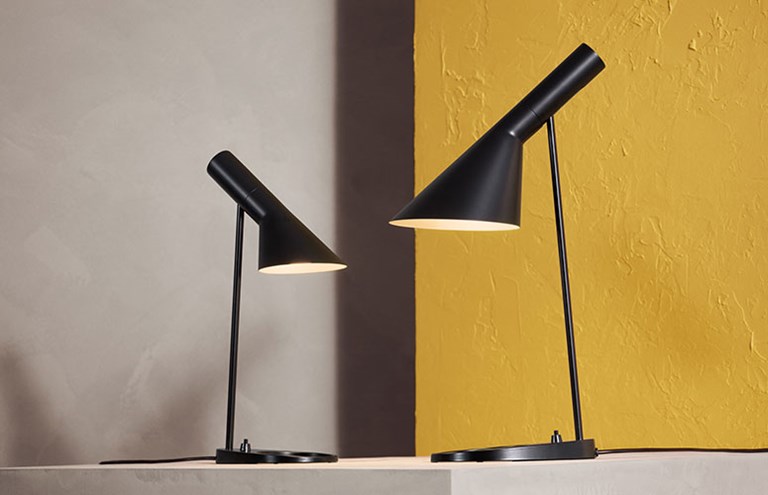 Also, the AJ Table Mini will be available in the original version in stainless steel, and in all existing colours, and looks particularly good at home on a windowsill, on a bedside table or in combination with other occasional furniture.