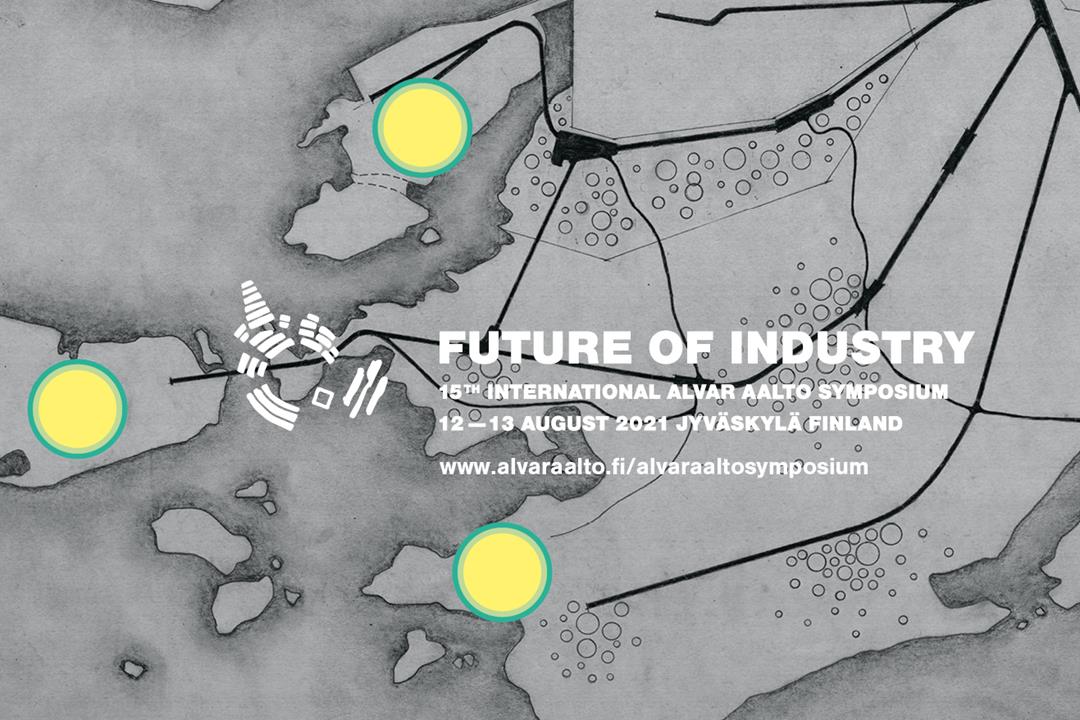 We would like to welcome all friends of architecture, professionals in the field and students to join in a discussion of core issues in architecture in Jyväskylä, Finland, from 12th to 13th August 2021! The main theme of the 15th Alvar Aalto Symposium 2021 is the Future of Industry, which will be approached from various topical perspectives, including that of art, industry and technology.

How do we envisage the factory of the future?

How does architecture change our environment? Still today, one can see in the milieu of the Sunila Pulp Mill (1936–1954) a connection with nature that was so characteristic of Alvar Aalto’s architecture, as well as the strive for social reform through design. In a notable parallel success story in international technology, from the 1930s to the 1960s, the Italian industrialist Adriano Olivetti (1901–1960) implemented humanistic urban planning around his office machinery factory in Ivrea, Italy. Nowadays, state-of-the-art industrial buildings are being designed in China for the needs of the traditional local industries. Is there a place for industry in the pleasant European smart city of the future?

The future prospects of the forest industry will be discussed by Sebastián Hernández Maetschl and Ville Hietalahti from Stora Enso (Germany and Finland). Architect Charlotte Skene Catling (Skene Catling de la Peña, UK) and Adam Lowe, Adjunct professor at Columbia University (USA) and founder of the Factum Foundation (Spain) will talk about the AALTOSIILO project, and launch of a new research centre, which is being realized in the Toppila silo building designed by Alvar Aalto in 1931. The hydropower cultural heritage project VekuVaku highlights the hydropower plants along the Oulujoki and the Luleå rivers and their communities. VekuVaku building researcher Samuli Paitsola will talk about the works of Alvar Aalto and Aarne Ervi along the Oulujoki river.

The symposium moderators are architect, professor Antti Ahlava from Aalto University, Department of Architecture and chairman of Docomomo Suomi Finland Petteri Kummala from the Finnish Museum of Architecture.

The presentations of the two-day hybrid event, which will be held mainly in English, can be followed on site in the main building of the University of Jyväskylä (designed by Alvar Aalto) and also as virtual presentations from around the world. Taking place during the height of the Finnish summer, the event also includes urban art experiences in Jyväskylä and guided tours of Alvar Aalto’s buildings. The event is organized by the Alvar Aalto Academy together with the City of Jyväskylä and several other partners. Notice possible regional COVID-19 travel restrictions and recommendations before travelling.

Early bird prices, including live and virtual presentations, an evening party and guided tours, are available until 30.6.2021. Read more www.alvaraalto.fi/alvaraaltosymposium